… ground. The right hand touches the ground next, as the left foot comes up, then the right foot touches, and lastly the left foot. The body is kept rigid, and the feet must travel straight up in the air over the head, with no bend at the hips.)

3. Turn a somersault, forward or backward, for grand coup. (Somersault: Stand erect, turn in air, and finish standing ; nothing but the feet touch the ground.)

4. Tread a barrel, for 100 yards, forward or backward, for coup. Tread forward 100 yards, then tread backward to starting point, for grand coup. (Treading barrel: Lay barrel on its side, stand on it and go through walking movement, moving the barrel in direction required, without falling off.)

5. (L.L.) Play regularly on some athletic team, participating in at least 3 match games within 6 months, for coup. Participating in 6 games, as a member of one or two teams, for grand coup.

6. (L.L.) Be a member of a gymnasium, physical training, or dancing class for at least 3 months, carrying on the work to the satisfaction of the instructor, and being absent from class no more than once, for coup. Perfect attendance and satisfactory work for 5 months, grand coup.

7. (L.L.) Know how to play 3 group games sufficiently well to teach them to at least 3 boys of your own age who do not know them, and to direct a group in the playing of the games, for coup. Six games, for grand coup.

1. Cut (and split if need be) sufficient rails to enclose an adequate horse corral 60 feet across. Build the corral. Either for coup; both for grand coup.

2. Chop down 3 six-inch trees in succession in 60 seconds each, throwing them to drive each a given stake, for coup. In 45 seconds each, for grand coup.

3. In accordance with forestry laws, fell a dead tree in the forest, of at least one foot diameter, and cut same into ..text continues 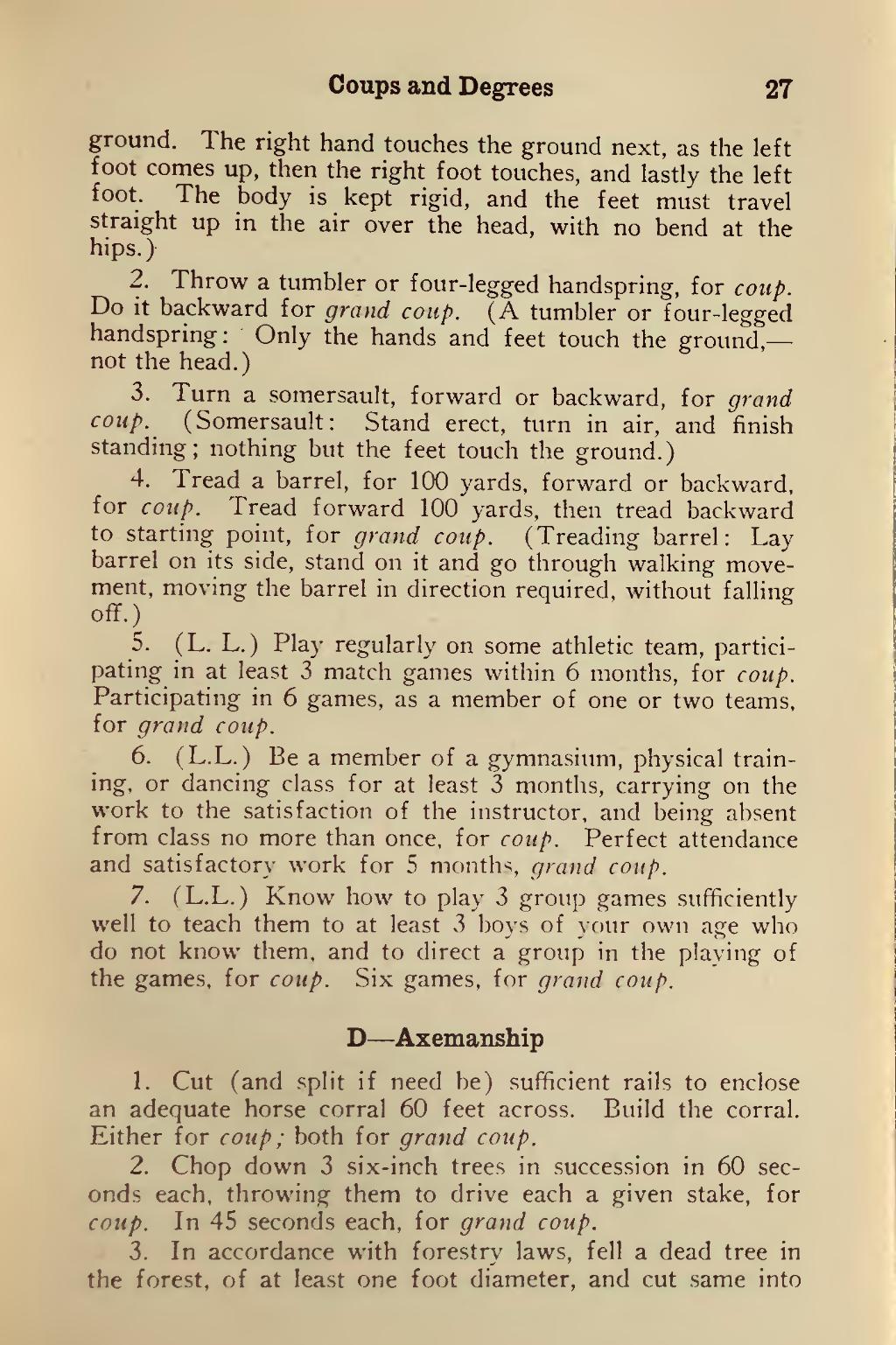