COUNCIL GAMES Many of the tribes have found it best to restrict the councfl games to the Council Ring. Tub Tilting Tub Tilting is immensely popular at night by the blazing campfire as well as in the city at the indoor councUs. It is an exciting game, tests the ability of the contestants, and can be made quite scientific. It is usually the most popular game in the Woodcraft work and justly so. For this we use two barrels, about flour barrel size, or better still, two stools made with a heavy plank top about eighteen inches in diameter and supported by f oiu: strong legs spreading widely at the bottom. The top of the stool should be two feet off the ground. These are set level, exactly a spear length apart, centre to centre. Each fighter takes his place on a stool, and his game is to put the other off the stool. To prevent accidents, we have usually a catcher behind each man. The umpire stands alongside, near the middle. It is a foul to use the spear as a club, or to push below the knees, or to push the stool, or to seize the other man's spear in your hand. A foul gives the round to the other man. The round is over when one man is off or when his spear touches the ground. It is a draw when both go off together. They change stools and spears alter each roimd. The battle is usually for three or five rounds. I do not know of any good thrusts having been invented, but several good parries are well known. One is to use your spear- handle as a single stick. The best players parry much by wriggling the body. Often, when overbalanced, one can regain by spinning completely around. The correct spears always used in our work are made thus: Take eight feet of the butt-end of any ordinary bamboo fishing- rod or, U anything, a little heavier than ordinary. Get a two- 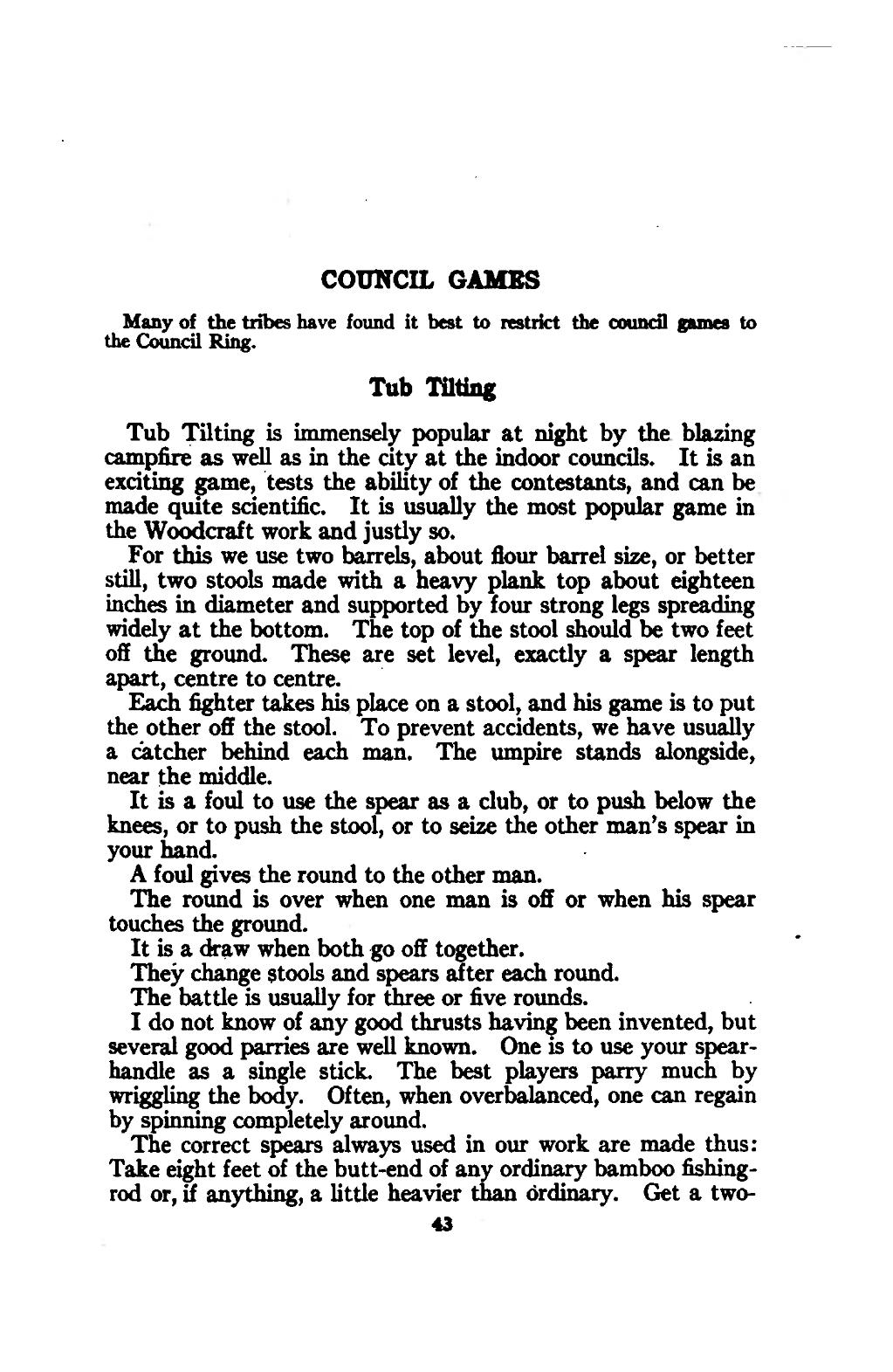