TWELVE SECRETS OF THE WOODS Do you know twelve secrets of the woods? Do you know the umbrella that stands up spread to show that there is a restaurant in the cellar? Do you know the "manna-food" that grows on the rocks, sunmier and winter, and holds up its hands in the Indian sign of "innocence," so all who need may know how good it is? Do you know the vine that climbs above the sedge to whisper on the wind " There are coconuts in my basement " ? Can you tell why the rabbit puts his hind feet down ahead of his front ones as he runs? Can you tell why the squirrel buries every other nut and who it was that planted those sliag-barks all along the fence? Can you tell what the woodchuck does in midwinter and on what day? Have you learned to know the pale villain of the open woods — the deadly amanita, for whose fearful poison no remedy is known? Have you learned to overcome the poison ivy that was once so feared — ^now so lightly held by those who know? Have you proved the balsam fir in all its fourfold gifts — ^as Christmas tree, as healing balm, as consecrated bed, as wood of friction fire? Do you know the wonderful medicine that is in the sky? Have you tasted the bitter and dangerous bread of wisdom, the treasure that cures much ignorance, that is buried in the aisle of Jack-o-Pulpit's Church? Can you tell what walked around your tent on the thirtieth night of your camp-out? Then are you wise. You have learned twelve secrets of the woods. But if you have not, come and let us teach you. XVI 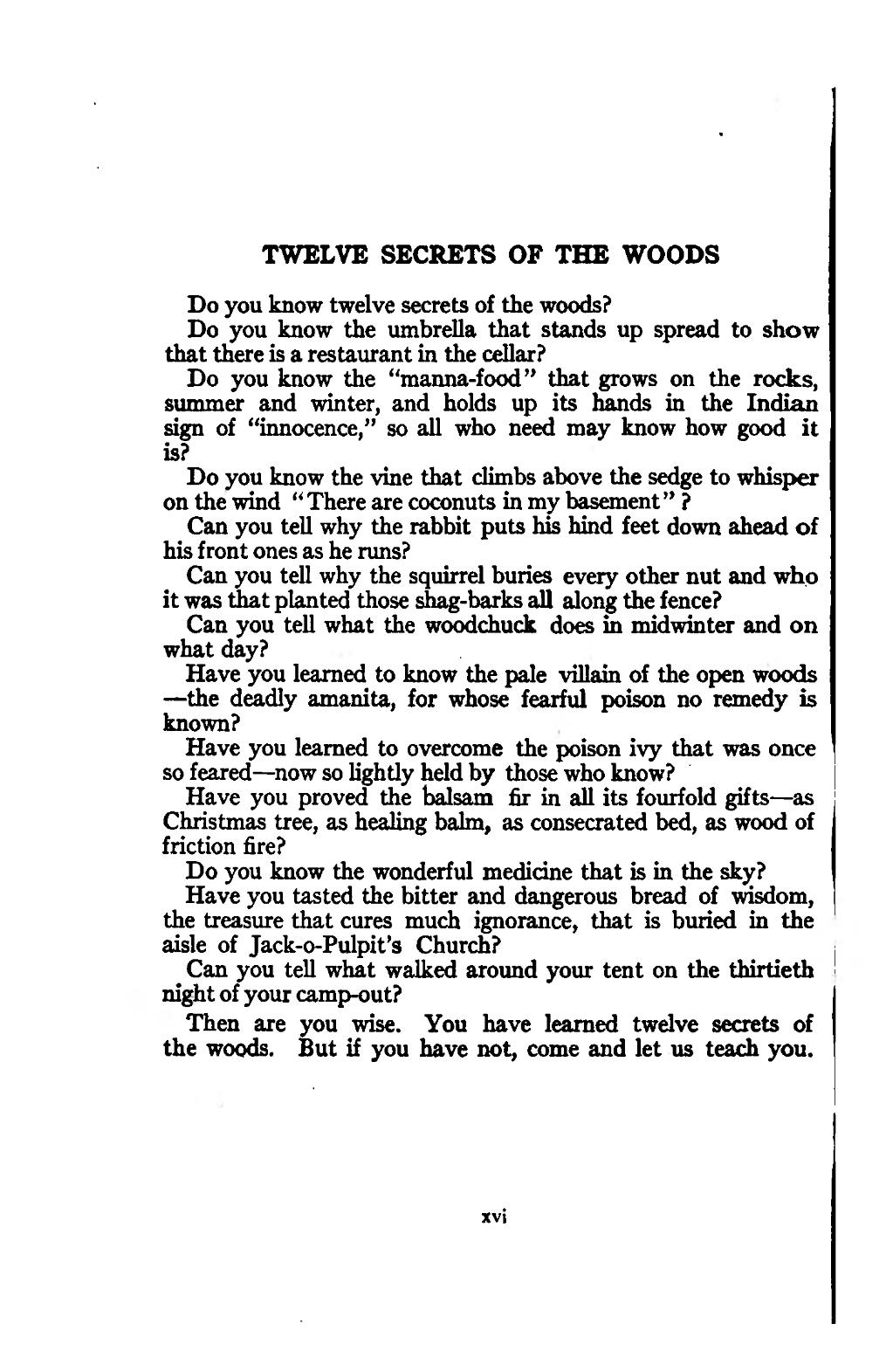