cleated the forests of wild animals, suppressed the robber barons, punished the outlaws, bullies, and thieves of their day, and enforced wherever they went a proper respect for women. It was for ttds great service that they trained themselves, passing through the degrees of page, esquire, and knight with all the hard work that each of these meant in order that they might the better do their duty to their God and country. Struggle for Freedom Of course this struggle of right against wrong was not con- fined to the days in which chivalry was born. The founding of the order of knighthood was merely the

make right the ruling thought of life. Long after knighthood had passed away, the struggle continued. In the birth of ? . the modern nations, England, Germany, France, and others, there was the dis- tinct feeling on the part of the best men ! of these hations that might should and

ranny must yield to the spirit of free- ii dom. The great struggle of the English barons under King John and the wrest- ing from the king of the Magna Charta, which became the basis of English lib- erty, was merely another development of the idea for which chivalry stood. The protest of the French Revolution, and the terrible doings of the common people in these days, although wicked P?grim father and brutal in method, were symptoms Of the same revolt against oppression. The Pilgrim Fathers When the Pilgrim Fathers founded the American colonies, the work of Arthur and Alfred and the other great men of ancient days was reinewed and extended and fitted to the new conditions and times. With the English settlements of Raleigh and Captain John Smith we might almost say that a new race of men was born and a new kind of knight was developed. All over America an idea made itself felt that in the e?es of ghe law every man should be considered just as gooc?as?O .t'.?i?na?f, and that every man ought to have a fair and square chs?ce at 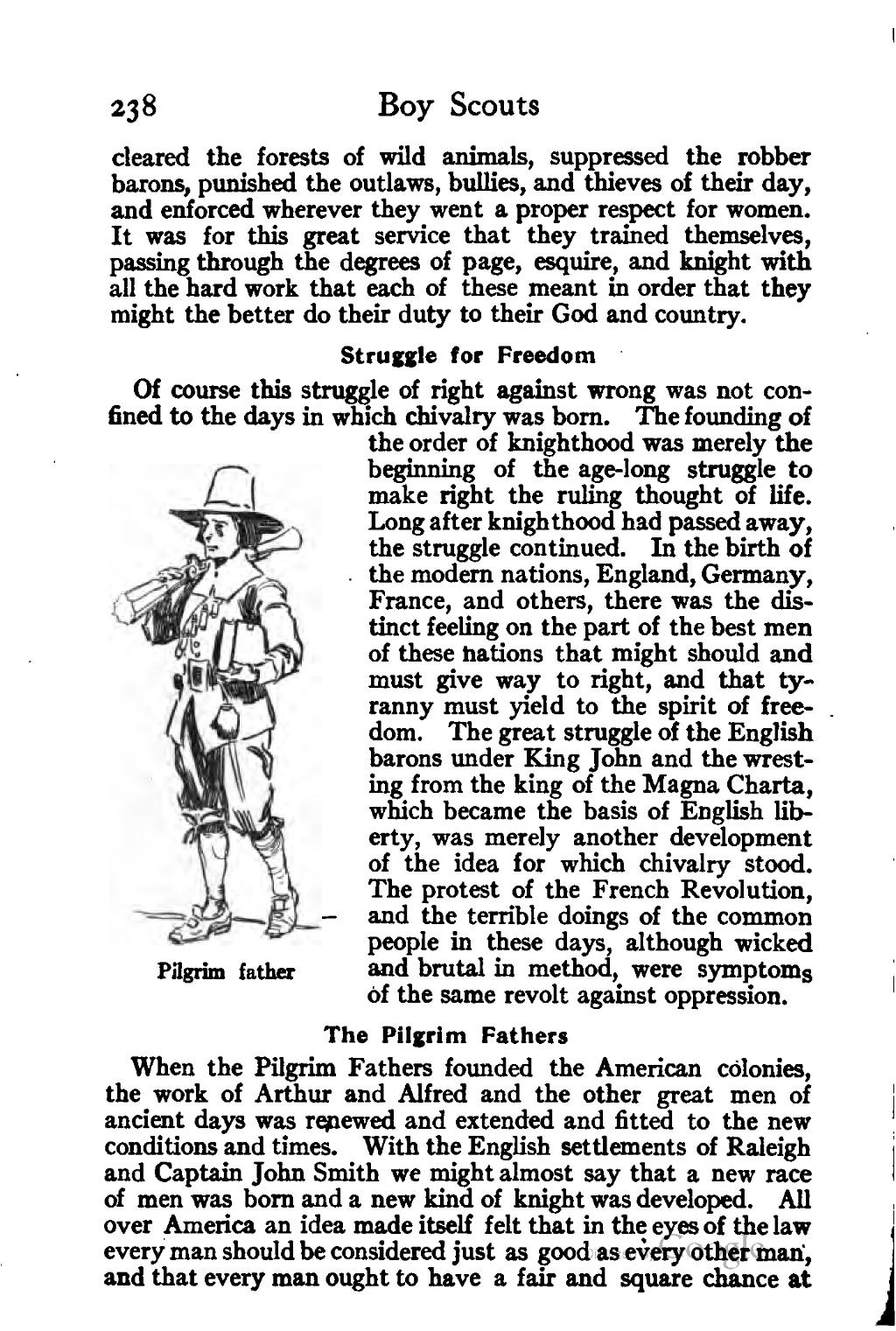