{HAPTER 1 CHIVALRy By $okn L. Alexa?r, Boy Scouts of Ar?riza Ancient Knighthood A Httle over fifteen hundred years ago the great order of knighthood and chivalry was founded. The reason for this was the feeling on the part of the best men of that day that it was the duty of the stronger to help the weak. These were the days when might was right, and the man with the strongest arm did as he pleased, often oppressing the poor and riding rough shod without any regard over the feelings and affections of others. In revolt against thi% there sprang up all over Europe a noble and useful order of men who called themselves knights. Among these great-hearted men were Arthur, Gareth, Lancelot, Bedivere, and Alfred the Great. The desire of these men was "To live pure, speak true, right wrong, follow the king." Of course in these days there also lived men who called themselves kn/ghts, but who had none of the desire for service that inspired Arthur and the others. These false knights, who cared for no one but themselves and their own pleasure, often brought great sor- row to the common people. Chivalry then was a revolt aga/nst their brutal acts and ignorance and a protest against the con- tinuation of the idea that m/ght was right. Nowhere in all the stories that have come Ancient I?night down to us have the acts of chivalry been so well told as in the tales of the Round Table. Here it was that King Arthur gathered about him men like Sir Bors, Sir Gawaine, Sir Pe]lias, Sir Geraint, Sir Tristram, Sir Lancelot, and Sir?Gal?had. These men mo?ed by the desire of giving the?b? il 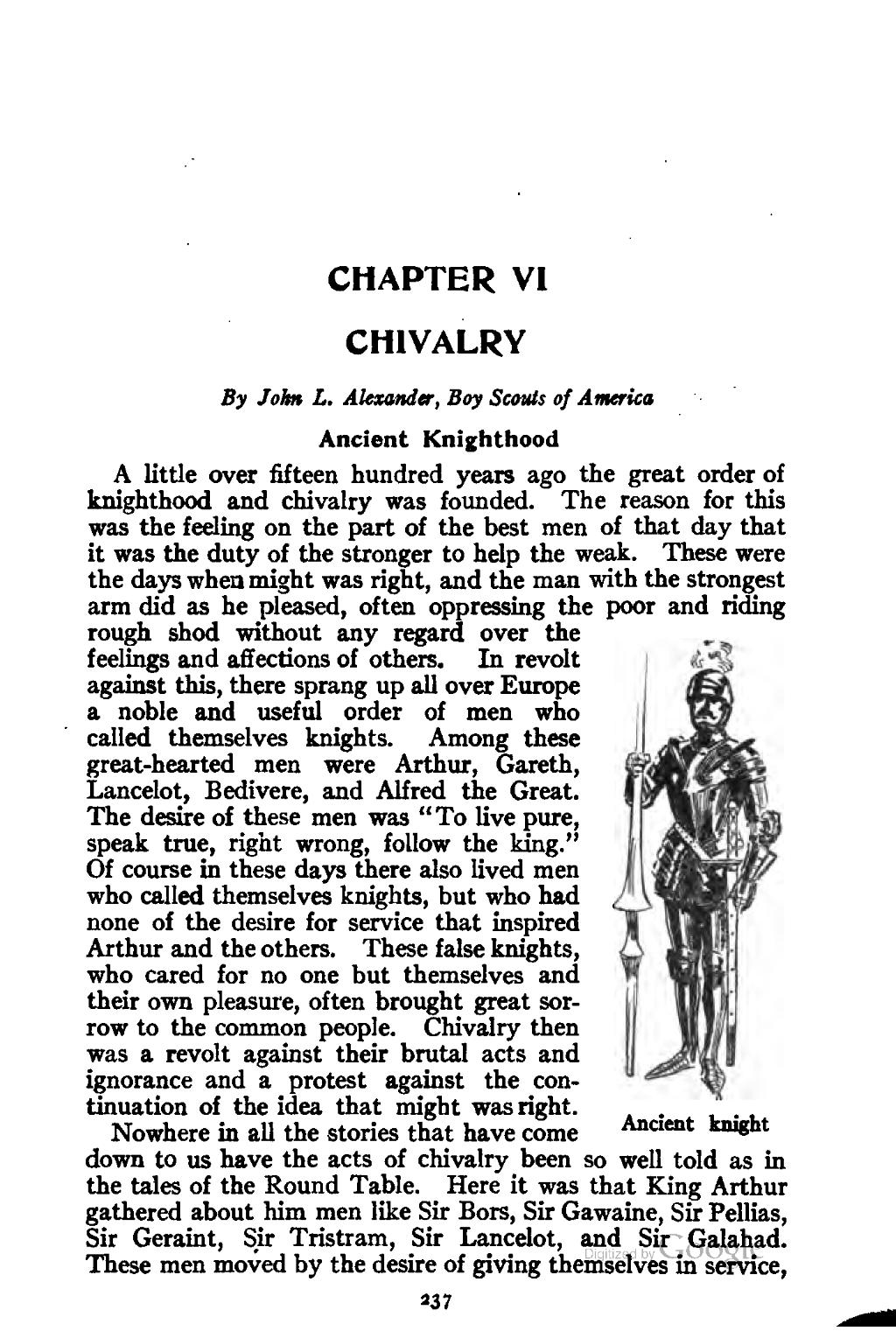