(b) What form can the remedy take?

(c) How can a private individual help?

It is useless to attempt much with the present adult wasters.

(a) The remedy must be applied to the rising generation.

(b) Its aim should be to instil “character” into the men of the future. By “character” is meant a spirit of manly self-reliance and of unselfishness — something of the practical Christianity which (although they are Buddhists in theory) distinguishes the Burmese in their daily life.

(c) Where the individual citizen can help in this great national work is shown by what has already been accomplished in this direction by the Boys’ Brigade, Young Men’s Christian Association, Church Lads’ Brigade, and other numerous societies of the same kind. Yet good as their work has been, with all their effort they only till a portion of the field. They hold some 270,000 boys: but what is that out of the three and a half millions who need their help?

That they do not influence a greater number is due to:—

Want of amalgamation and mutual cooperation among the different societies.

Difficulty in getting enough young men to take up the work of training the boys.

Difficulty of attracting the boys and of maintaining their interest after they have got them.

ONE REMEDY AND ITS POSSIBILITIES

These deficiencies seemed to be remediable in some particulars, and induced me to suggest the scheme of “Scouting for Boys” as a step to meeting them, since being applicable to all these societies it might, by its common adoption, form a bond between them; by reason of its practical and sporting tendency and absence of red tape it might appeal to a wider field of possible instructors; and, above all, by its variety of attractions it would appeal directly to the boys themselves — even to the worst, the “hooligans”. 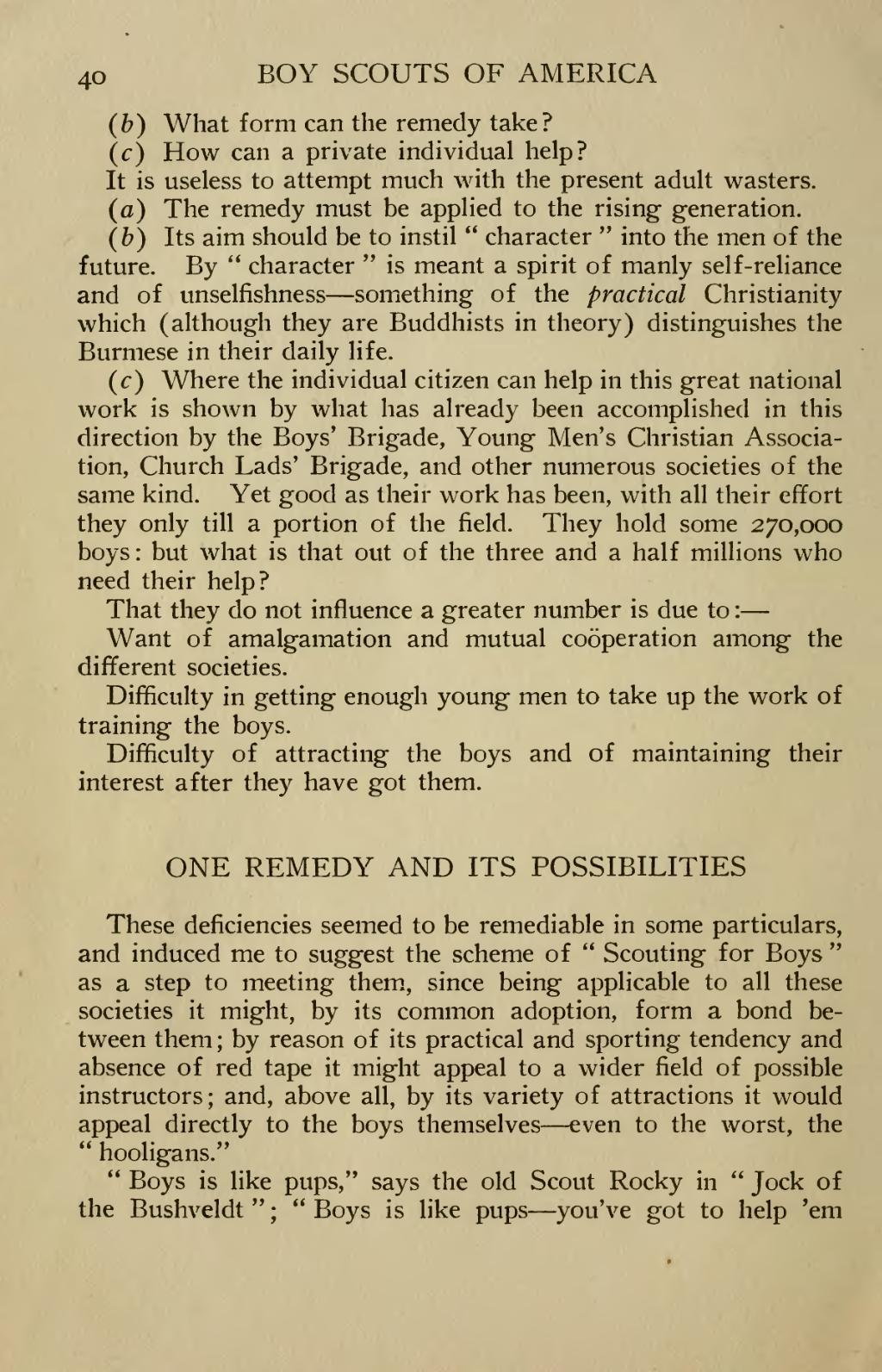