The drawing (p. 26) shows a real Sioux teepee at present in my collection.

This was made of skins. The ground color was of soft gray; the design in pale flat tints of delicate red, yellow, and green, as below. No other outlines were used.

Putting up the Teepee. Drive a small stake in the ground where the centre of the teepee will come, and about this as centre mark a circle, the same diameter as the tent. For a twelve-foot teepee, a twelve-foot circle, etc.

With one end of a twenty-foot rope tie together three of the poles at a point as high as the top of the canvas. Set them as a tripod, their ends touching the edge of the circle. Then set up the other poles (except three, including the two slender ones) for the frame of the teepee, their ends on the circumference of the circle, their tops resting in the angles of the tripod. Now with the loose end of the twenty-foot rope bind all the poles where they cross by walking several times around the frame on the outside, and drawing the rope tight as you go. The loose end may be left hanging down inside for an anchor.

Now fasten the top of the teepee cover to one of the poles left over, at a point twelve feet up. Raise this into its place, and the teepee cover with it, opposite when the door is to be. Carry the two wings of the tent around till they overlap and fasten together with ..text continues 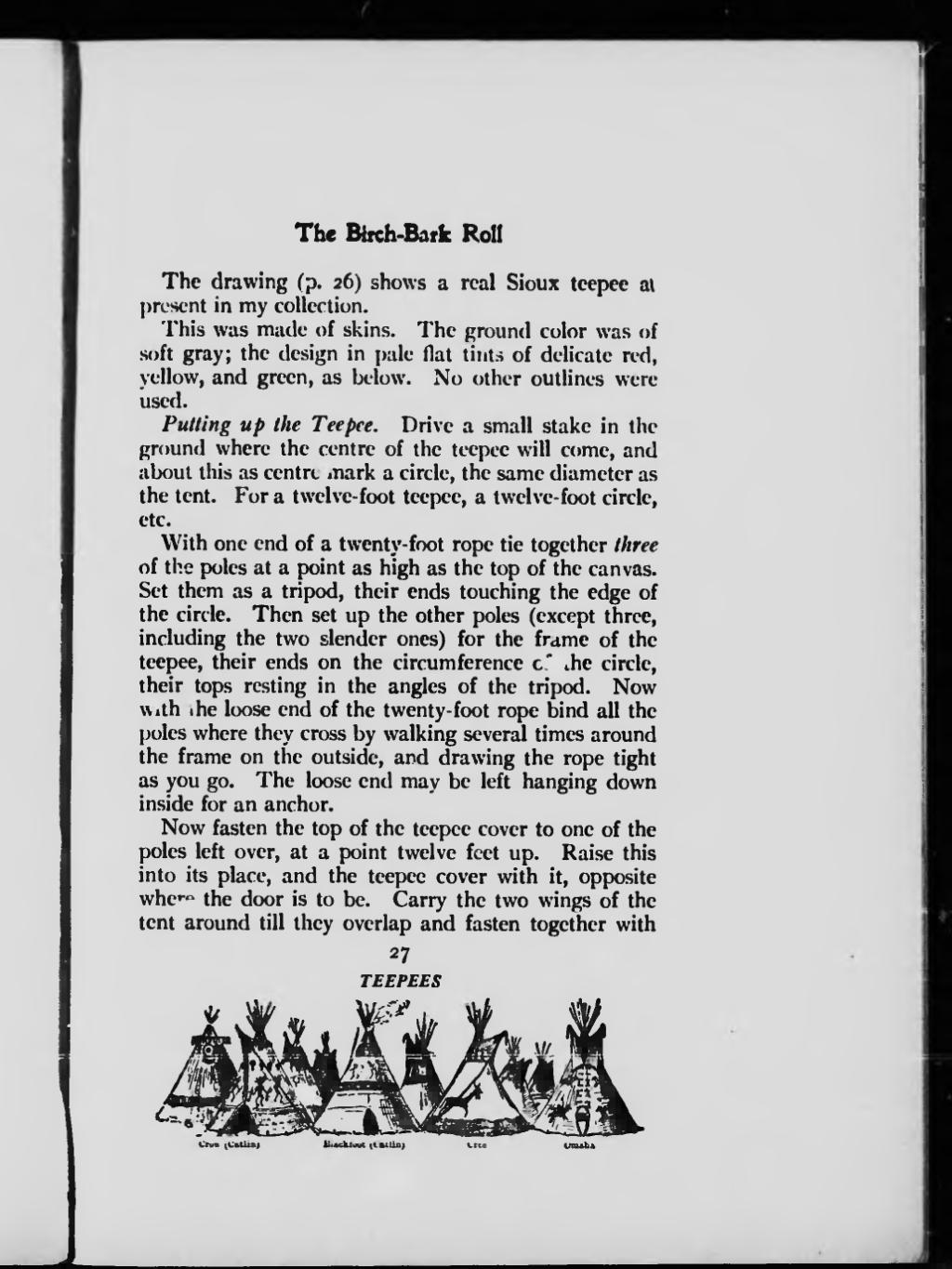