down the another rope, as the ground was too hard to drive a stake into. My sketch was half finished when the elder woman came out of the small teepee near, called the younger and pointed westward over the plain. They chattered together a moment and then proceeded to take down the teepee. I objected. They pointed angrily toward the west and went on. I protested that I had paid for the right of making the sketch and must finish; but in spite of me the younger squaw scrambled like a monkey up the front pole, drew the lacing-pins, and the teepee was down and rolled up in ten minutes.

It was a brilliant and very hot September day.

I could not understand the pointing to the west, but five minutes after the teepee was down a dark spot appeared; this became a cloud and in a short down all teepees that were without the anchor rope, and certainly the red teepee would have been one of those to suffer but for the sight and foresight of the old Indian woman. 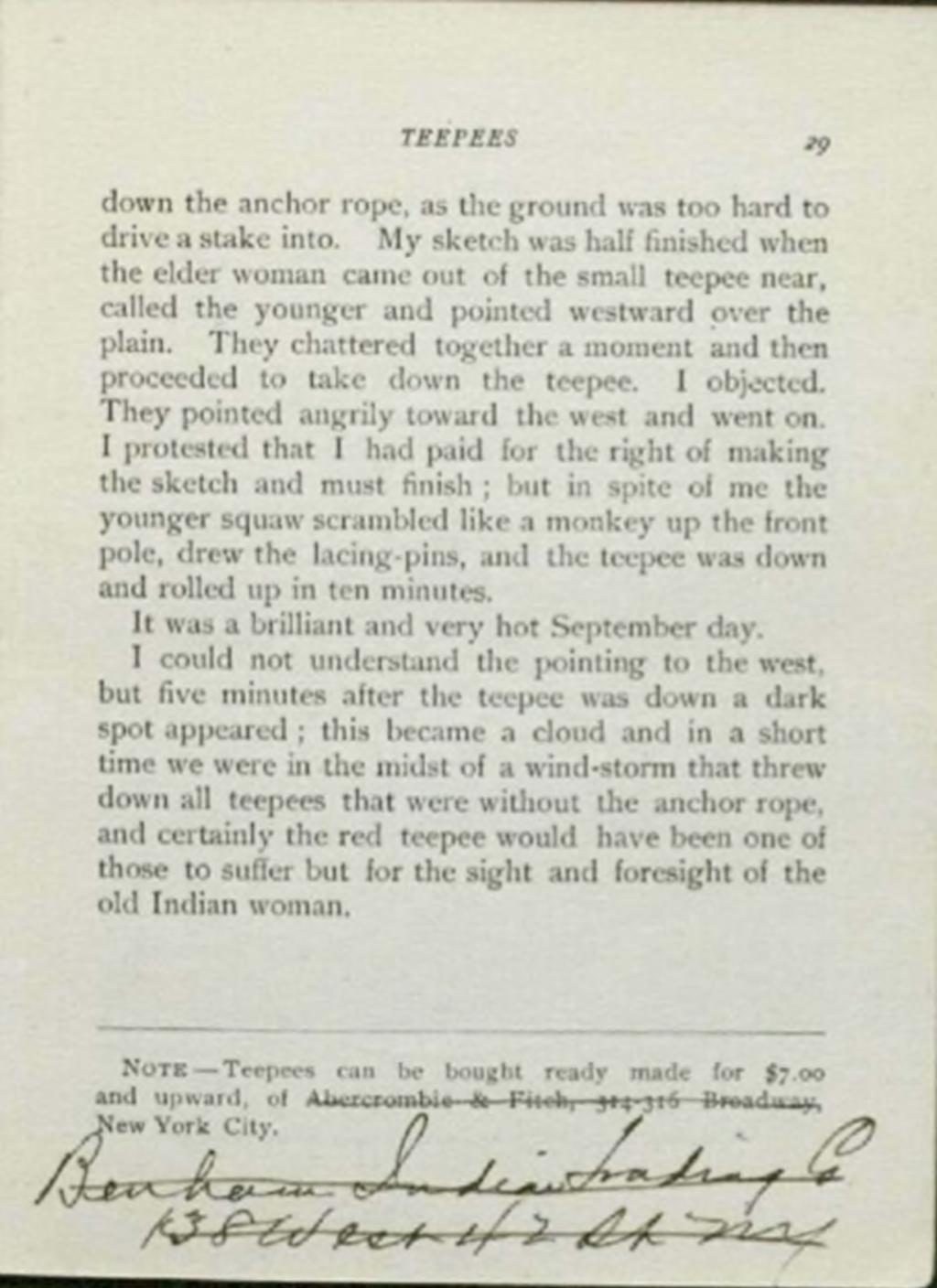