on a wrong time, because that very day a company of United States soldiers under orders had forcibly taken away his two children "to send them to school, according to law"; so Gray Wolf was going off at once, without pitching his tent. He refused to see me or talk to any white man. His little daughter, "The Fawn," looked at me with fear, thinking perhaps I was coming to drag her off to school. I called and coaxed her, then gave her a quarter. She smiled at that, because she knew it would buy sweetmeats at the traders house.

Then I said : "Little Fawn, tell your father that I am his friend and I want to see his great red teepee before I leave the village."

"The Fawn" came back and said: "You must not speak to my father. He hates you."

"Tell your mother that I will pay her if she will put up the red teepee."

"The Fawn" went to her mother, and improving my offer told her that "that white man will give much money to see the red teepee up."

The squaw looked out. I held up a dollar and got only a sour look, but another squaw appeared. After some hagglin they agreed to put up and let me sketch the teepee for $3.00. The poles were already standing. They unrolled the great cloth and deftly put it up in less than 20 minutes, but did not put ..text continues 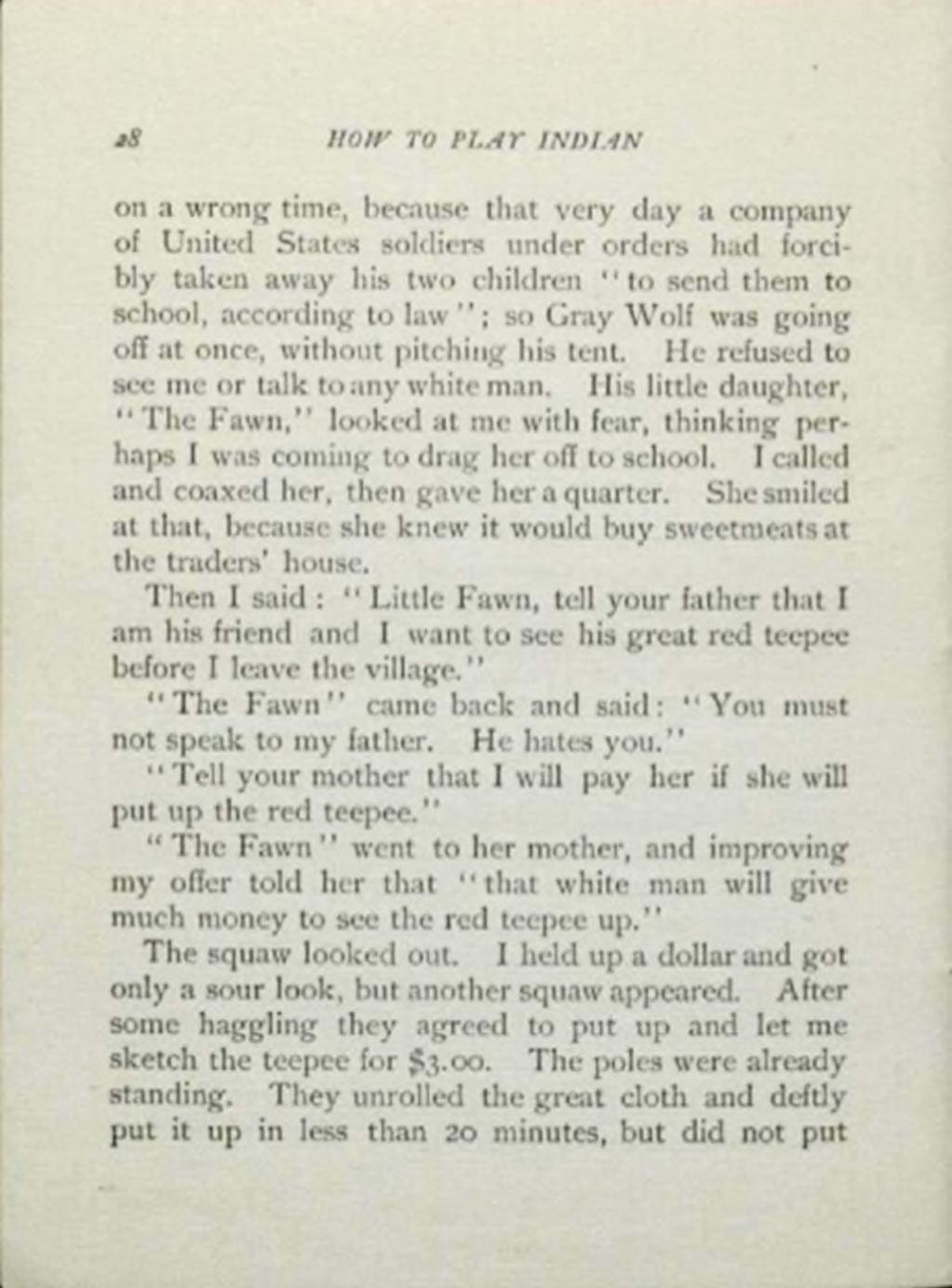