74 The Book of Woodcraft the Medicine Man, is the same, with fringe on the shoulders but not across the back; and may have on the trousers, down the outer seam, from the knee to the bottom, a fringe which begins at a quarter-inch deep, and widens gradually till it ends an inch deep at the bottom. On great occasions, much regaha and gorgeous Indian costumes are worn, but the badges are the same. TITLES OF NOBLES When a Brave has won 24 honors in either Lodge, accord- ing to the Standard of Honors, he may claim the title of Sagamore* He that has won 24 grand honors becomes a Grand Saga- more. He that has won 48 honors becomes a Sachem. He that has won 48 grand honors becomes a Grand Sachem. All Sachems and Sagamores sit in the Council of their Tribe without election, and by right of their honors. But the Lodges do not mingle; that is, a member of the Little Lodge cannot sit by right in a Council of the Big Lodge. 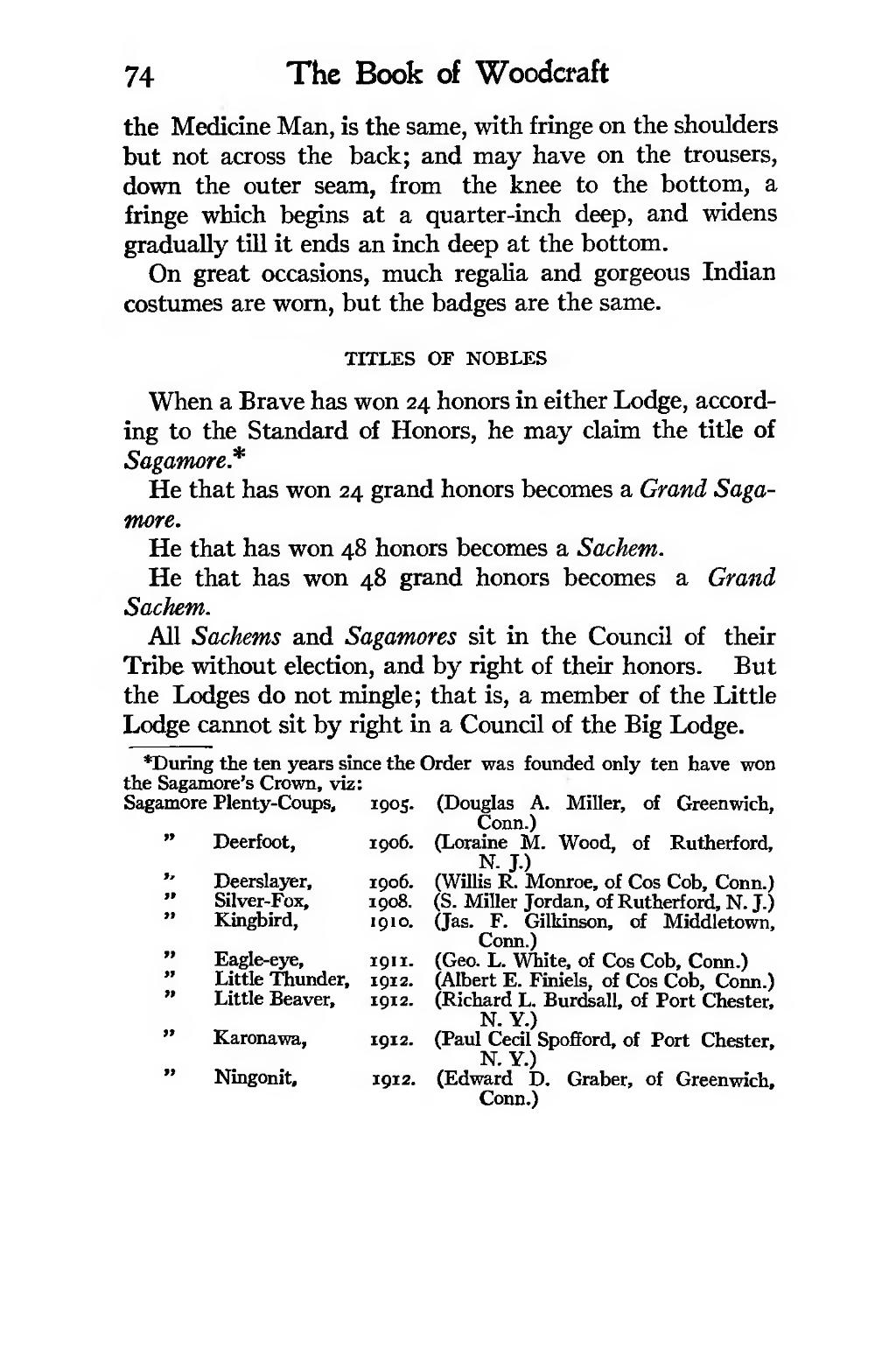