The Spartans of the West 47 How is it that Canada has never had an Indian war or an Indian massacre? Because the Government honorably kept all its treaties, and the Indians themselves were honorable, by tradition; they never yet broke a treaty. In northwestern Canada, there were two slight outbreaks of half-breeds (1871 and 1885), but these were misunder- standings, easily settled. There was little fighting, no massacres, and no heritage of hate in their track. What wonder that all who could, among the Indian tribes, moved over the "Medicine Line," and dwell in Canada to-day! TEMPERANCE AND SOBRIETY When the white traders struck into the West with their shameful cargoes of alcohol to tempt the simple savages, it was the beginning of the Great Degradation for which we must answer. The leading Indians soon saw what the drink habit meant, and strove in vain to stem the rising current of madness that surely would sweep them to ruin. About 179s, Tshut-che-nau, chief of the Kansas, did his best to save the youth of his people from the growing vice of the day. tin 'Drink not the poisonous strong-water of the white people;' he said, 'it is sent by the Bad Spirit to destroy the Indians.' He preached, but preached in vain." (J. D. Hunter, p. 21.) Pere Lafitau says, in 1724: "They never permit themselves to indulge in passion, but always, from a sense of honor and greatness of soul, appear masters of themselves." (P. 378, "Century of Dis- honor.") 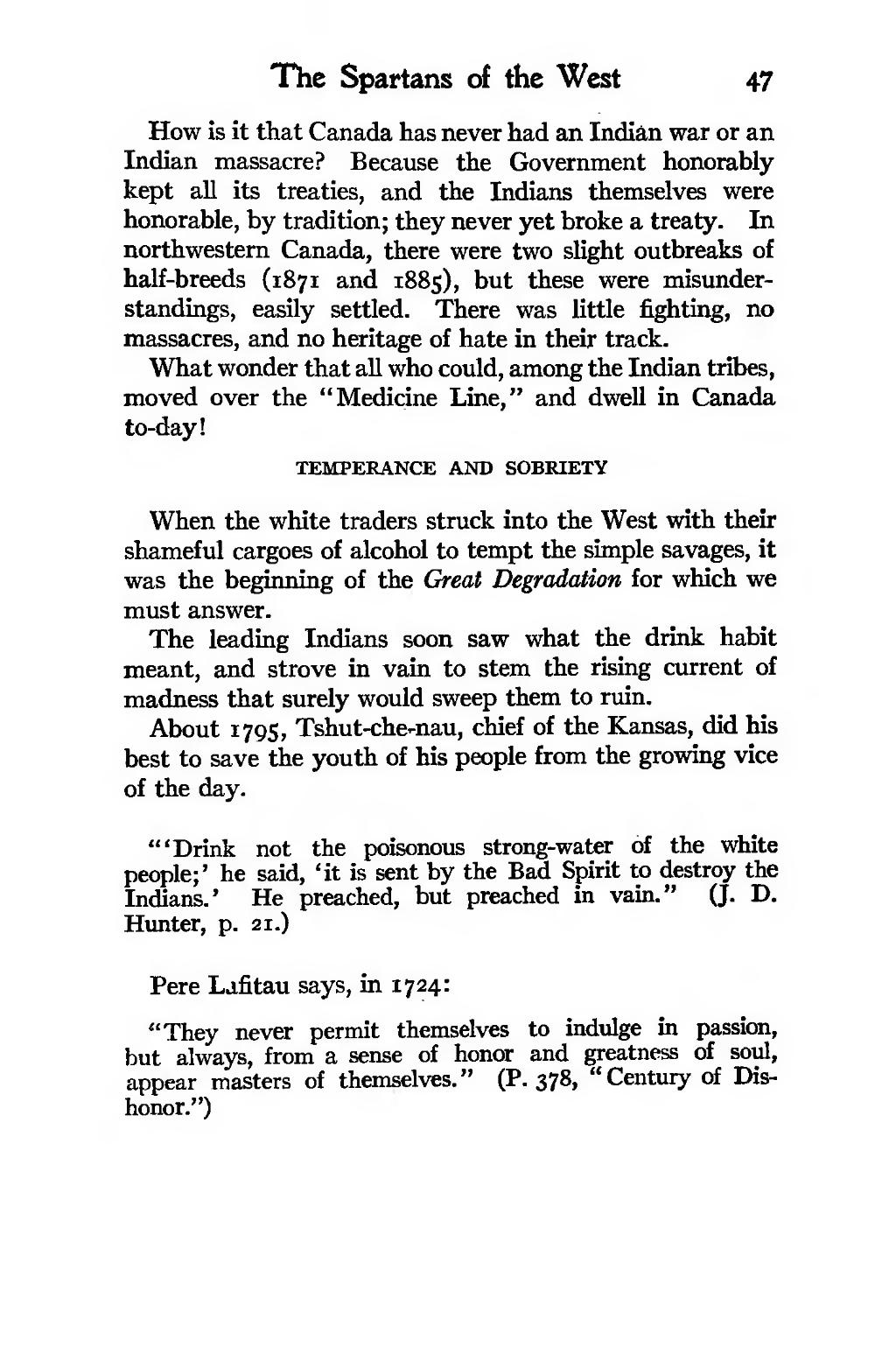