48 The Book of Woodcraft In 1766, living among the Sioux, Carver writes: "We shall find them temperate, both in their diet and pota- tions (it must be remembered that I speak of those tribes who have little communication with Europeans) that they withstand with unexampled patience, the attacks of hunger, or the incle- mency of the seasons, and esteem the gratification of their appetites but as a secondary consideration. ' (" Travels," p. 269.) Concerning the temperance of the Wild Indian, Catlin writes, in 1832: "Every kind of excess is studiously avoided.

"Amongst the wild Indians in this country, there are no beg- gars — no drunkards — and every man, from a beautiful natural precept, studies to keep his body and mind in such a healthy shape and condition as will, at all times, enable him to use his weapons in self-defense, or struggle for the prize in their manly games." (Catlin, Vol. I., p. 123.) And, how was it he fell from these high ideals? Alas! we know too well. G. B. Grinnell has sent me a record which, in one form or another, might have been made about every western tribe: "The Reverend Moses Merrill, a missionary among the Oto Indians from 1832 to the beginning of 1840, kept a diary from which the following account is taken: " ' AprU 14, 1837. Two men from a trading expedition in the Indian country called on me to-day. They state that one half of the furs purchased in the Indian country are obtained in exchange for whiskey. They also stated that the Shiennes, a tribe of Indians on the Platte River, were wholly averse to drink- ing whiskey, but, five years ago — now (through the influence of a trader, Captain Gant, who, by sweetening the whiskey, induced them to drink the intoxicating draught), they are a tribe of drunkards.'" ("Trans, and Repts. Nebraska State Historical Society, IV.," p. 181.) 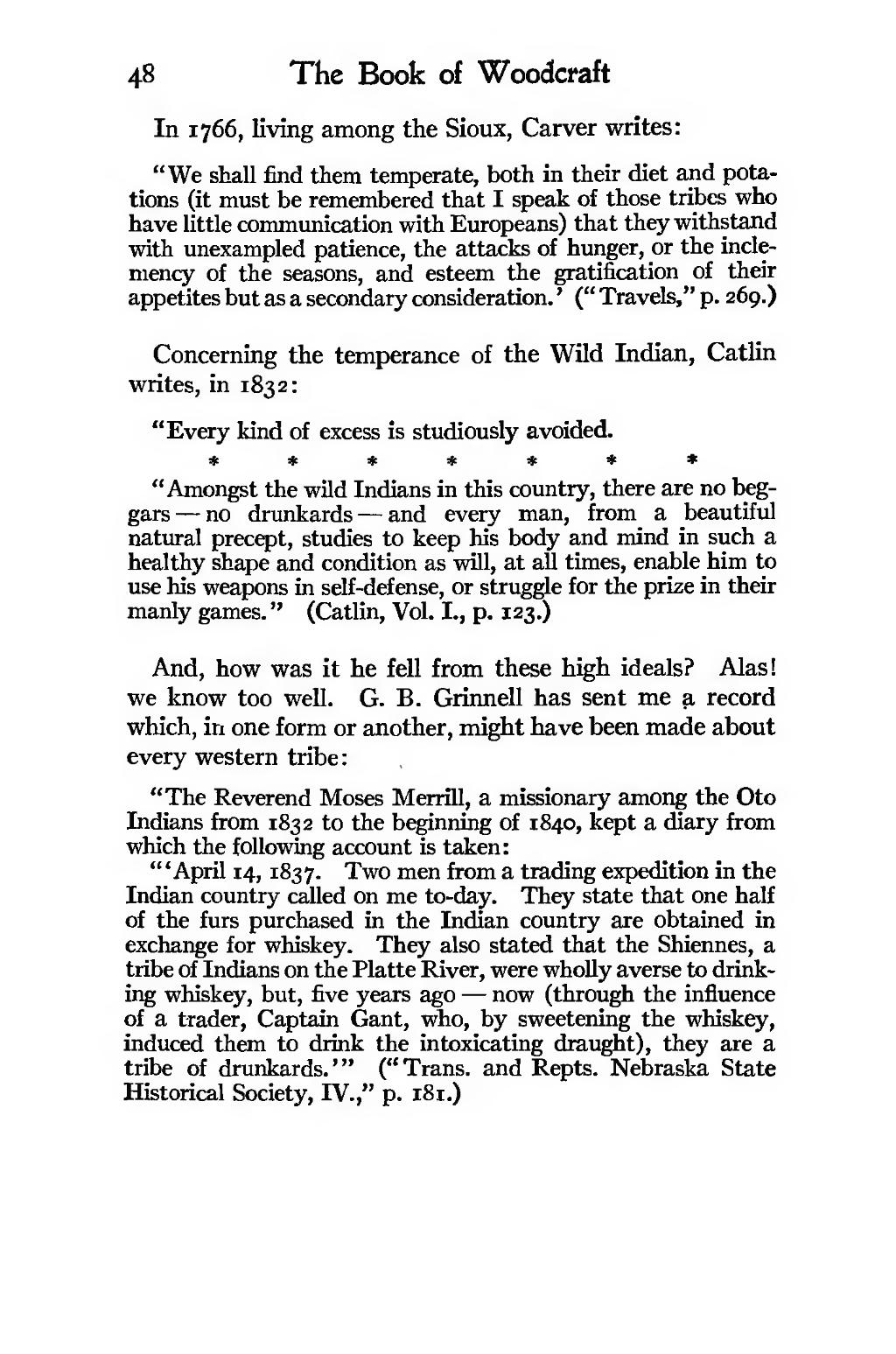