The Spartans of the West 45 "I lived among the Wild Indians for eight years (1872-1880); I know the Apaches, the Navajos, the Utes, and the Pueblos, and I never knew a dishonest Indian." (Robert A. Widenmann, West Haverstraw, N. Y.) TRUTHFULNESS AND HONOR "Falsehood they esteem much more mean and contemptible than stealing. The greatest insult that can be offered to an Indian, is, to doubt his courage: the next is to doubt his honor or truth! "Lying, as well as stealing, entails loss of character on habitual offenders; and, indeed, an Indian of independent feelings and ele- vated character will hold no kind of intercourse with any one who has been once clearly convicted. " (Hunter's " Captivity Among Indians," 1797-1816, p. 301.) "This venerable, worn-out warrior [the Kansas Chief, Tshut-che-nau, Defender of the People], would often admonish us for our faults and exhort us never to tell a lie. " (Hunter, p. 21.) "On all occasions, and at whatever price, the Iroquois spoke the truth, without fear and without hesitation." (Morgan's "League of the Iroquois, " p. 330.) " The honor of their tribe, and the welfare of their nation is the first and most predominant emotion of their hearts; and from hence proceed in a great measure all their virtues and their vices. Actuated by this, they brave every danger, endure the most exquisite torments, and expire triumphing in their forti- tude, not as a personal qualification, but as a national charac- teristic." (Carver's "Travels," p. 271.) The Indian's assent to a treaty was always binding. I cannot discover a case of breach, excepting when the whites first broke it; and this does not mean the irresponsible whites, but the American Government. The authorities at Washington never hesitated to break each and every 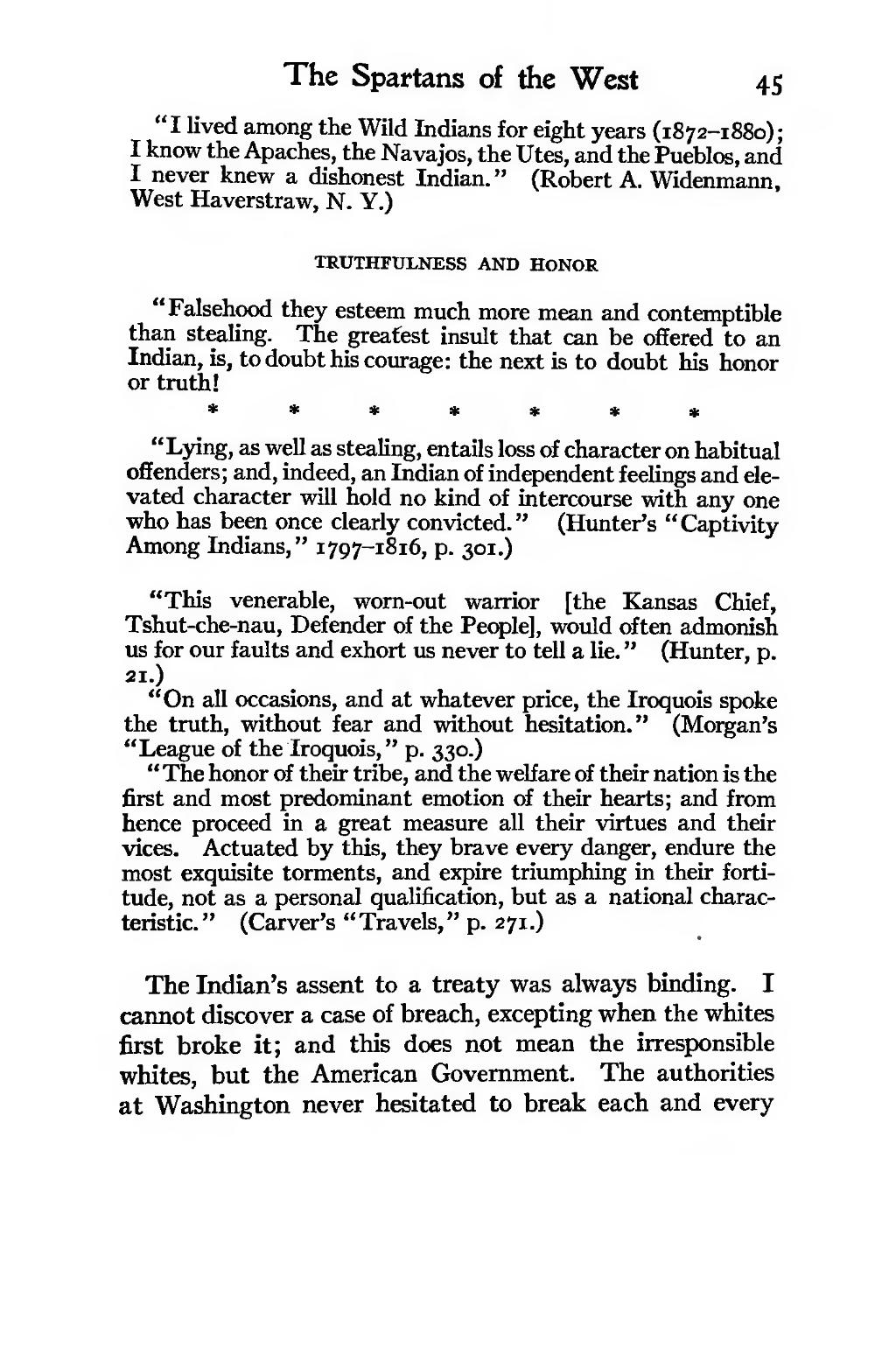