44 The Book of Woodcraft theft is a crime scarcely known." (Hunter's "Captivity Among American Indians," 1798-1816; p. 300.) "Theft was unknown in an Indian camp." (G. B. Grinnell; "Indians of To-day," p. 8.) Every traveler among the highly developed tribes of the Plains Indians tells a similar story, though, of course, when at war, it was another matter. Even that rollicking old cut-throat, Alexander Henry II, says after fifteen years among the Wild Indians: "I have been frequently fired at by them and have had several nar- row escapes for my Hfe. But I am happy to say they never pillaged me to the value of a needle." ("Journal" 1799- 1814, p. 452.) In my own travels in the Far North, 1907, I found the Indians tainted with many white vices, and in many re- spects degenerated, but I also found them absolutely honest, and I left valuable property hung in trees for months, without fear, knowing that no wild Indian would touch it. There is a story told of Bishop Whipple: He was leaving his cabin, with its valuable contents, to be gone some months, and sought some way of rendering all robber-proof. His Indian guide then said: "Why, Brother, leave it open. Have no fear. There is not a white man within a hundred miles!" On the road to a certain large Indian Ojibway village in 1904 1 lost a considerable roll of bills. My friend, the white man in charge, said: "If an Indian finds it, you will have it again within an hour; if a white man finds it, you will never see it again, for our people are very weak, when it comes to property matters. " Finally, to cover the far Southwest, I found that the experience of most travelers agrees with the following: 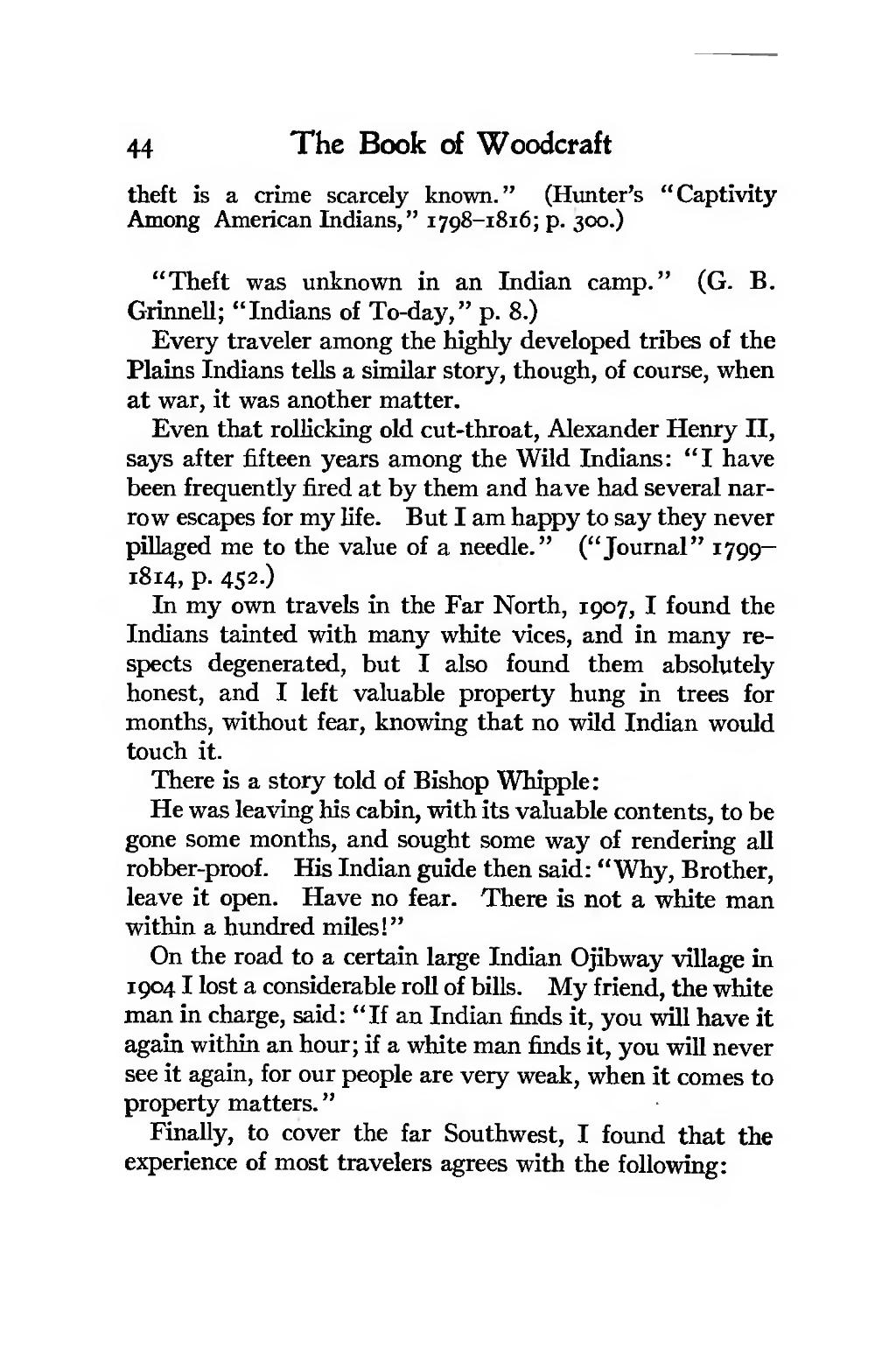