536 The Book of Woodcraft barrack. These formed in line in front of the barrack and opened fire on the guardhouse and upon the troopers as they came pouring out of neighboring barracks. Thus they held the garrison in check until the women and children and the old and infirm were in full flight. Taken completely by surprise, the troops, nevertheless, did fearfully effective work. Captain Wessells soon had them out, and not a few entered into the fight and pursuit clad in nothing but their imderclothing, hatless and shoe- less. The fugitives took the road to the sawmill crossing of White River, only a few hundred yards distant from their barracks, crossed the White River, and started southwest toward my ranch, where they evidently expected to mount themselves out of my herd of cow ponies, for they carried with them all their lariats, saddles, and bridles to this point. Here, pressed hopelessly close by the troops, their gallant rear-guard melting fast before the volleys of the pursuers, the Indians dropped their horse equipments, turned, and recrossed White River, and headed for the high, precipitous divide between Soldier Creek and White River, two miles nearer their then position than the cliffs about my ranch. They knew their only chance lay in quickly reaching hills inaccessible to cavalry. All history affords no record of a more heroic, forlorn hope than<this Cheyenne sortie. Had the bucks gone alone, many would surely have es- caped, but they resolved to die together and to protect their women and children to the last. Thus more than half their fighting men fell in the first half mile of this flying fight. And as the warriors fell, their arms were seized by the squaws and boys, who wielded them as best they could ! In the gloom of night the soldiers could not distinguish a 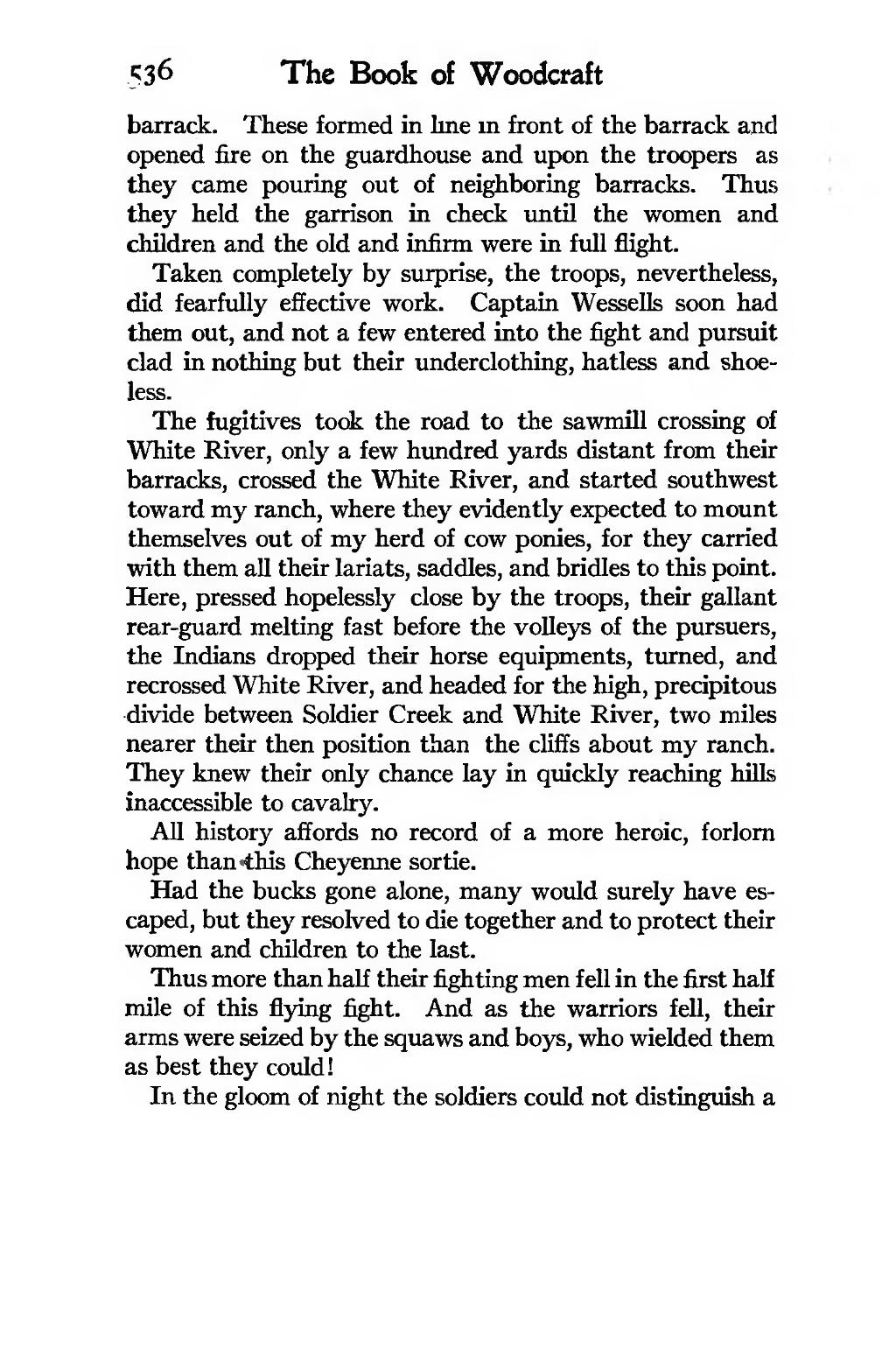