Campfire Stories of Indian Qiaracter 535 the capture, were soon brought from their hiding place and loaded. They expected an immediate attack, but none came. And all day long the garrison was kept under arms, ready for any sortie by the Indians. Night at last came, and, notwithstanding the terrible warnings of the day, no extraordinary precautions were taken. A guard of only seventeen men were under arms, and of these only a few were on post about this barrack full of maddened savages. All but Captain Wessells were so certain of a desperate outbreak that night that Lieutenant Baxter and several other officers sat fully dressed and armed in their quarters, awaiting the first alarm. "Taps" sounded at nine o'clock, the barracks were soon darkened, and the troopers retired. Only a few lights burned in the officers' quarters and at the trader's store. The night was still and fearfully cold, the earth hid by the snow. Ten o'clock came, and just as the "all's well" was pass- ing from one sentry to another, a buck fired through a window and killed a sentry, jumped through the window and got the sentry's carbine and belt, and sprang back into the barrack. Then two or three bucks ran out of the west door, where they quickly shot down Corporal Pulver and Private Hulz, both of Troop A, and Private Tommeny, of Troop E. At doors and windows the barrack now emptied its horde of desperate captives, maddened by injustice and wild from hunger. Nevertheless, they acted with method and generalship, and with heroism worthy of the noblest men of any race. The bucks armed with firearms were the first to leave the 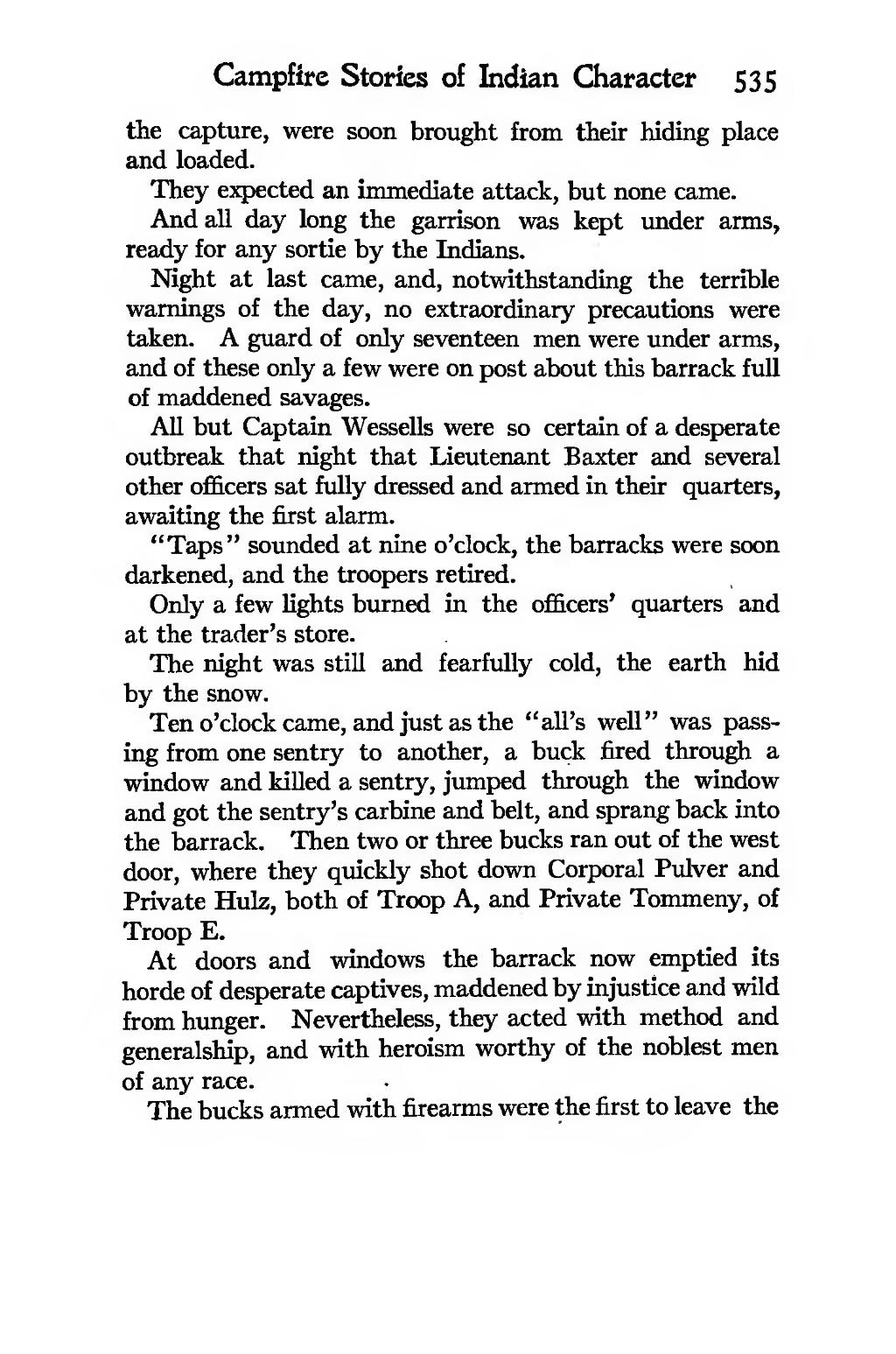