Campfire Stories of Indian Character 517 encroached on the acknowledged territory of the Apaches, the Gila and Salt River valleys. They were led by Nan- tahay, a renegade Apache of the region, and set out fully equipped and determined to kill or capture every Apache they could find. Led by these renegades, the soldiers crept silently up a tremendous canyon, and at last into plain view of a large, shallow cave or natural rock shed in which was a consider- able band of Apache Indians, men, women, and children, only forty yards away and wholly unconscious of the enemy so near. The men were singing and dancing in a religious cere- mony; the women were preparing the midday meal. The white soldiers had ample time to post themselves and select each his victim. " Had not the Apaches been interested in their own sing- ing they might surely have heard the low whisper, "Ready! aim! fire!" but it would have been too late; the die was cast, and their hour had come. The fearful noise, which we have heard reverberating from peak to peak and from crag to crag, was the volley poured in by Ross, and his comrades, which had sent six souls to their last account, and sounded the death-knell of a powerful band. Brown's first work was to see that the whole line was impregnable to assault from the beleaguered garrison of the cave, and then he directed his interpreters to siunmon all to an unconditional surrender. The only answer was a shriek of hatred and defiance, threats of what we had to expect, yells of exultation at the thought that not one of us should ever see the light of another day. 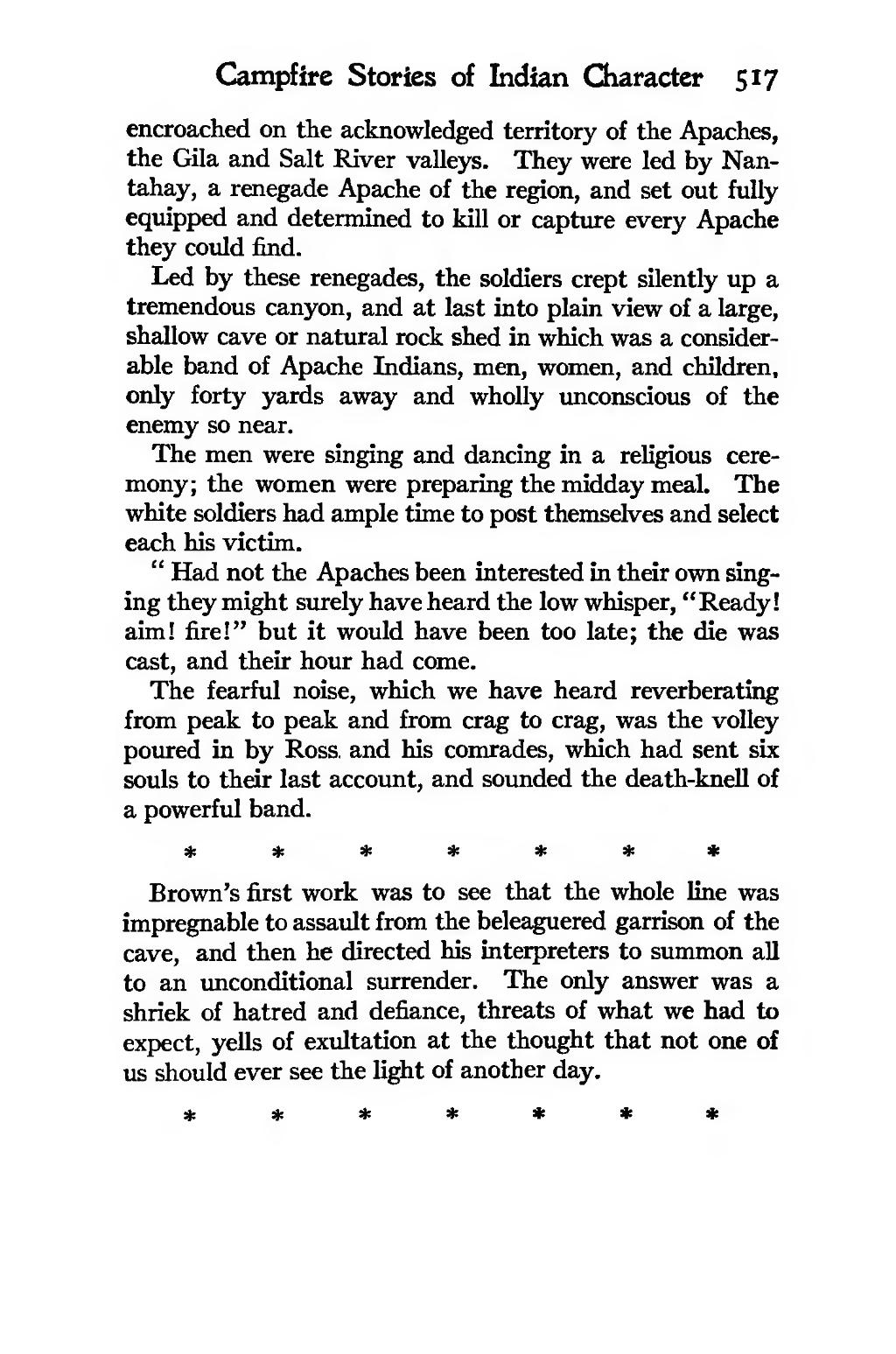