5i8 The Book of Woodcraft There was a lull of a few minutes; each side was measur- ing its own strength and that of its opponent. It was apparent that any attempt to escalade without ladders would result in the loss of more than half our command; the great rock wall in front of the cave was not an inch less than ten feet in height at its lowest point, and smooth as the pahn of the hand; it would be madness to attempt to climb it, because the moment the assailants reached the top, the lances of the invested force could push them back to the ground, wounded to death. Three or four of our picked shots were posted in eligible positions overlooking the places where the Apaches had been seen to expose themselves; this, in the hope that any recurrence of such fooDiardiness, would afford an opportunity for the sharp- shooters to show their skill. Of the main body, one half was in reserve fifty yards behind the skirmish hne — to call it such, where the whole business was a skirmish Une — with carbines loaded and cocked, and a handful of cart- ridges on the clean rocks in front, and every man on the lookout to prevent the escape of a single warrior, should any be fortunate enough to sneak or break through the first line. The men on the first line had orders to fire as rapidly as they chose, directing aim against the roof of the cave, with the view to having the bullets glance down among the Apache men, who had massed immediately back of the rock rampart. This plan worked admirably, and, so far as v/e could judge, our shots were telling upon the Apaches and irrita- ting them to that degree that they no longer sought shelter, but boldly faced our fire, and returned it with energy, the weapons of the men being reloaded by the women, who shared their dangers. A wail from a squaw and the feeble cry of a little babe were proof that the missiles of death were not seeking men alone. Brown ordered our fixe to 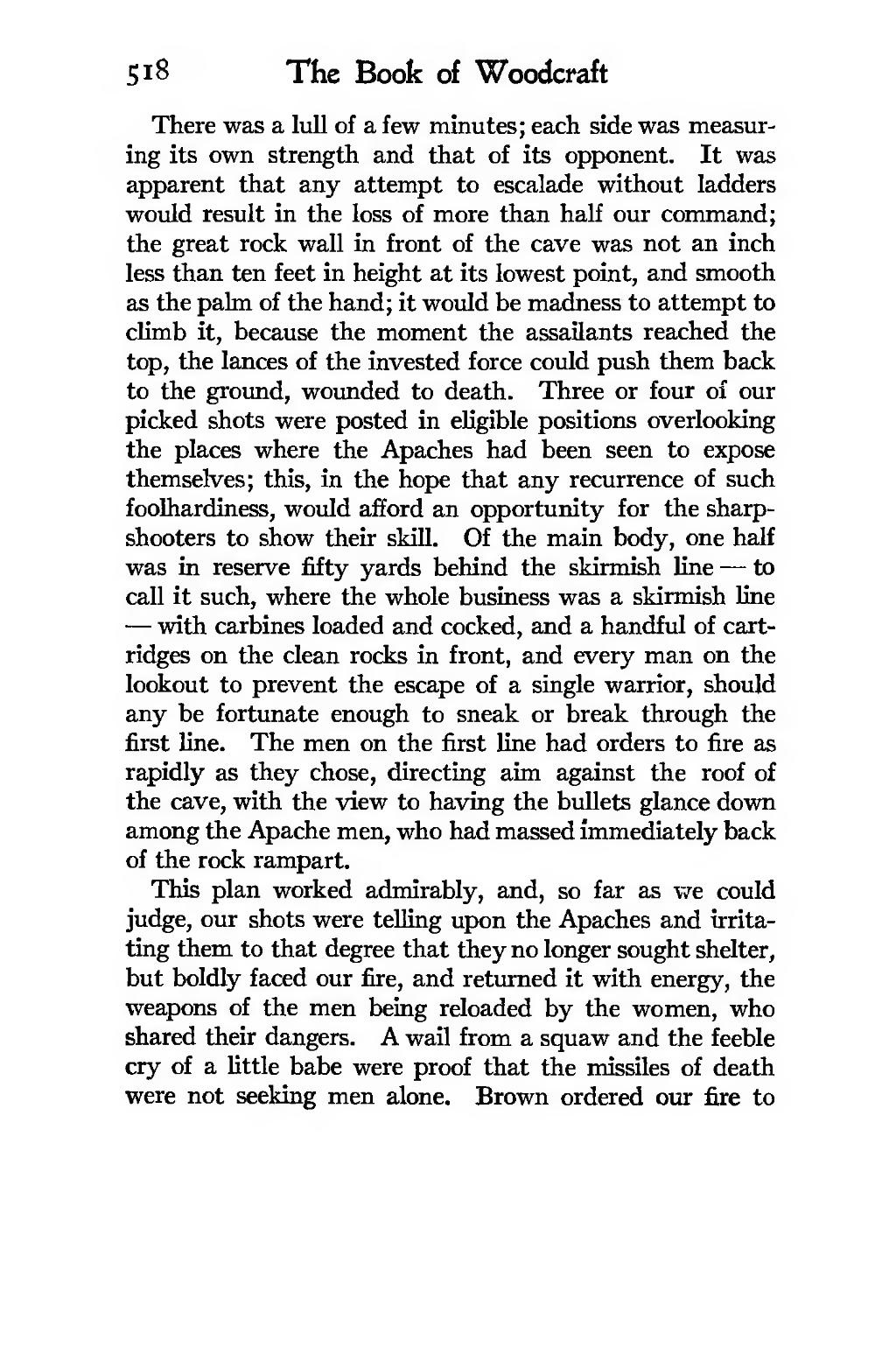