Campfire Stories of Indian Qiaracter 507 In all our sad Indian history there is nothing to exceed in pathetic eloquence the surrender speech of the Nez Perc6 chief: "I am tired of fighting. Our chiefs are killed. Looking-Glass is dead. Toohulhulsote is dead. The old men are all dead. It is the yoimg who say 'yes' or 'no.' He who led the young men is dead. It is cold and we have no blankets. The Uttle children are freezing to death. My people, some of them, have run away to the hills and have no blankets, no food. No one knows where they are — perhaps freezing to death. I want to have time to look for my children and see how many of them I can find. Maybe I shall find them among the dead. Hear me, my chiefs. I am tired. My heart is sick and sad. From where the sun now stands I will fight no more forever. " — (Sec. War. 3.) (Ann. Rep. Bur. Ethn. 14, p. 714-15.) WHITE CALF, CHIEF OF THE BLACKFEET (Died at Washington, Jan. 29, 1903) (By George Bird Grinnell) For sixty years, as boy, young man and fierce warrior, he had roamed the prairie, free as the other wild creatures who traversed it, and happy in his freedom. He had been but a little fellow when the white men first came into the country to trade, but he was old enough to have been present, and was well enough thought of in the tribe, at the signing of Governor Stevens's treaty with the Prairie people in 1855, to affix his mark — as The Father — to that paper. As yet the coining of the white man meant little to him and to his people. It furnished them a market for their robes and furs, for which they received in exchange guns and ammunition, which made them more than ever terrible to their enemies. The whole broad prairie was still theirs to camp on and to hunt over. Their lodges were pitched along the streams from the Red Deer River on the 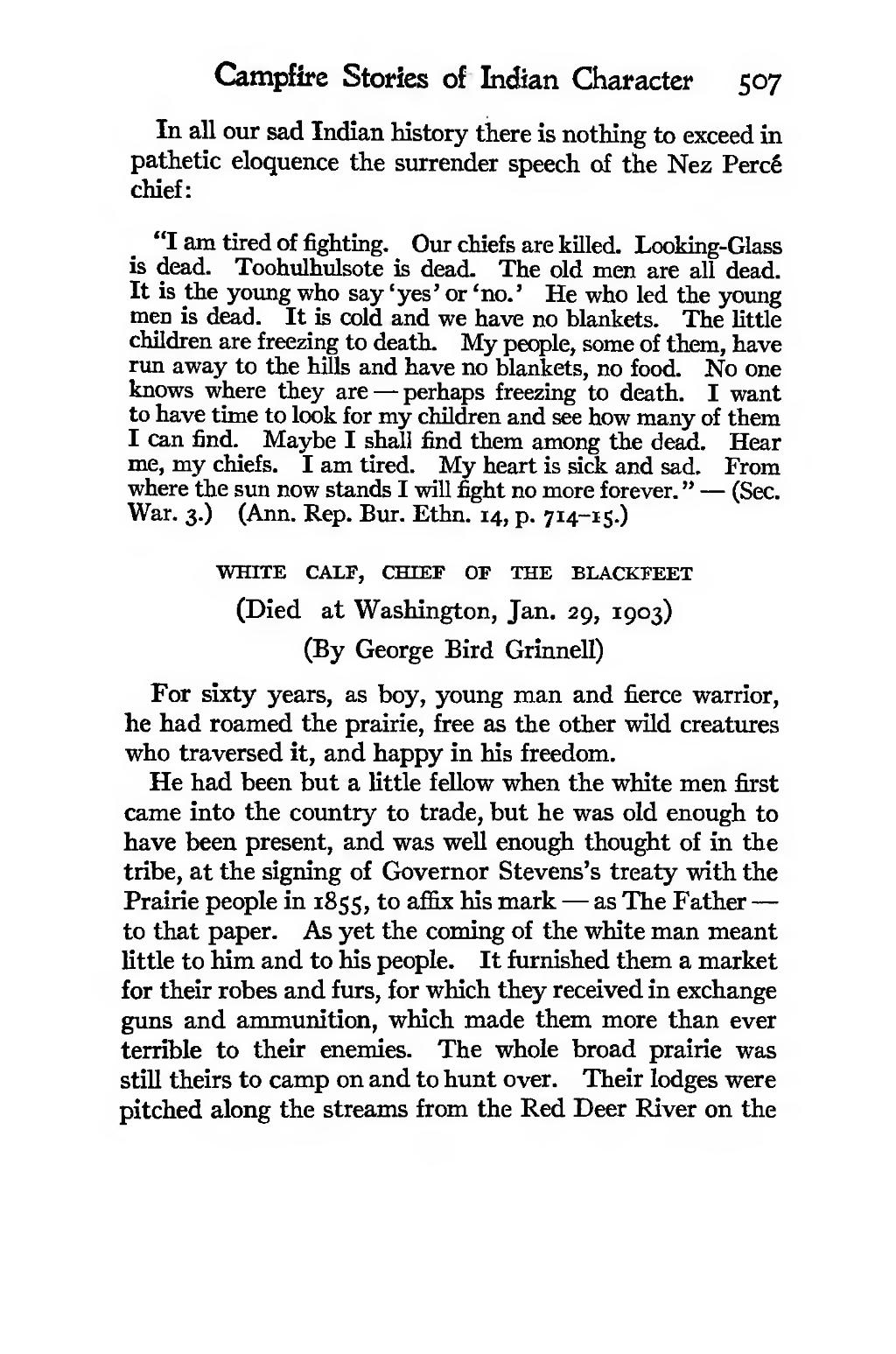