was so happy that she would soon throw it back and laugh with the others.

In a few days came a party from the Arickarees, and the wounded young man was one of them, asking for peace. The story was told then, how No-Heart had taken in the yoimg man and brought him to life again, and when they heard it many women prayed the gods to be good to her and give her and her man long life. Peace between the two tribes was then declared, and there was much rejoicing. — ("My Life as an Indian"; Schultz; "The Story of No-Heart," pp. 230-238.)

Of all the figures in the light of Indian history, that of Tecumseh, or Tecumtha the "Leaping Panther," the war chief of the Shawnees, stands out perhaps highest and best as the ideal, noble Redman.

His father was chief of the tribe. Tecumseh was bom in 1768 at Piqua Indian Village, near the site of Springfield, Ohio. Of all the Indians, the Shawnees had been most energetic and farseeing in their opposition to the encroachments of the whites. But the flood of invasion was too strong for them. The old chief fell, battling for home and people, at Point Pleasant, in 1774. His eldest son followed the father's footsteps, and the second met death in a hopeless fight with Wa5aie in 1794, leaving young Tecumseh war chief of his tribe. At once he became a national figure. He devoted his whole life and strength to the task of saving his people from the invaders, and to that end resolved that first he must effect a national federation of the Redmen. Too often tribe had been pitted against tribe for the white men's advantage. In union alone he saw the way of salvation and to this end he set about an active campaign among the tribes of the Mississippi Valley.

His was no mean spirit of personal revenge; his mind was too noble for that. He hated the whites as the destroyers of his ..text continues 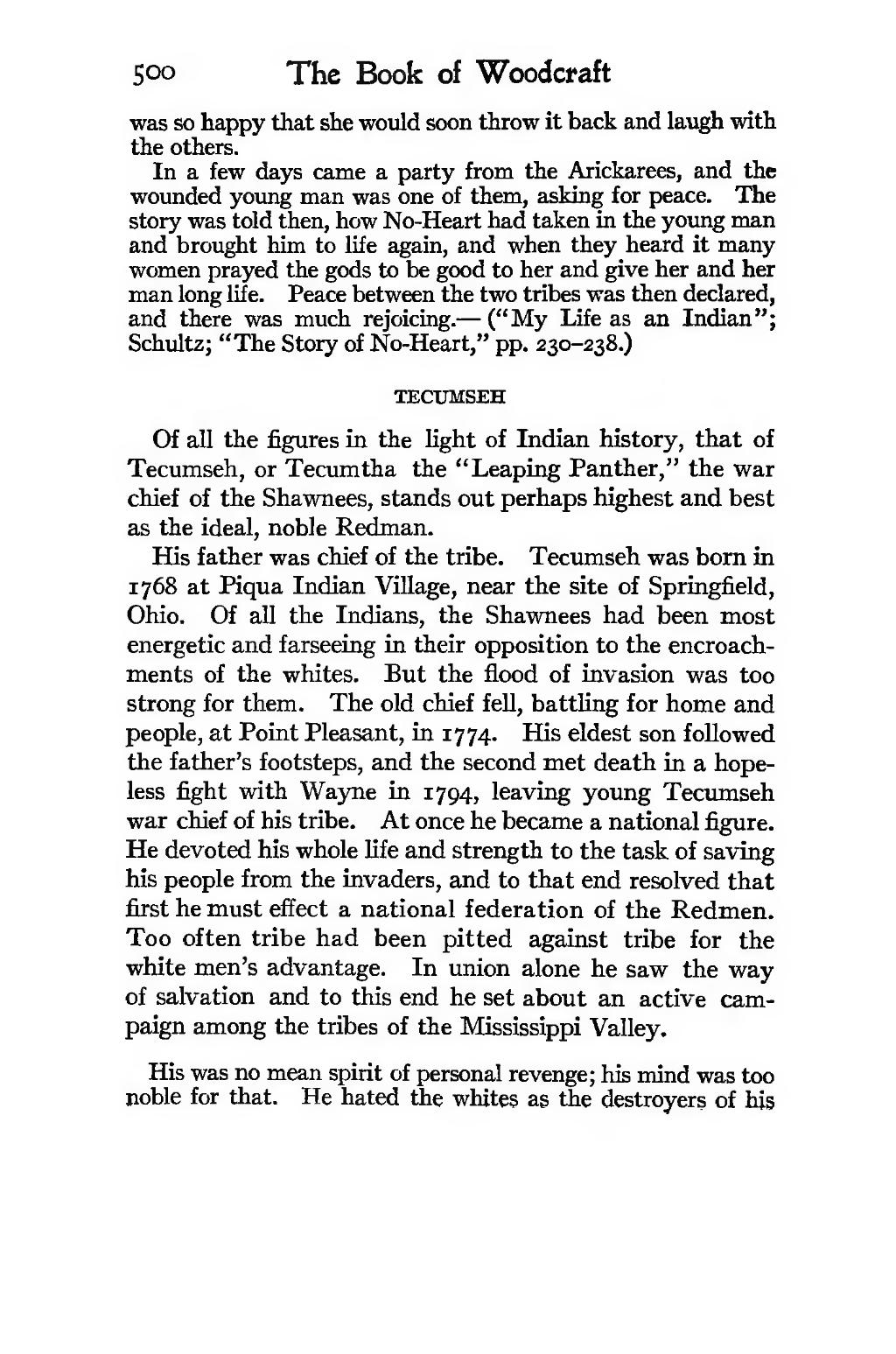