Thinking thus, he wandered on, and on, and found himself standing by the entrance to her lodge. Within he heard, faintly, some one crying. He could not be sure that was it, the sound of it was so low. He stepped noiselessly in and carefully drew aside the door skin. No-Heart was sitting where he had last seen her, sitting before the djang fire, robe over her head, and she was crying. He stole past the doorway and sat down beside her, quite dose, but he dared not touch her. "Good-heart," he said, "Big-heart, don't cry."

But she only cried harder when she heard his words, and he was much troubled, not knowing what to do. After a little, he moved closer and put his arm around her; she did not draw away, so then he drew the robe away from her face. "Tell me," he said, "why you are crying?"

"Because I am so lonely."

"Ah! You do love him then. Perhaps it is not too late; I may be able to overtake him. Shall I go and call him back to you?"

"What do you mean?" cried No-Heart, staring at him. "Who are you talking about?"

"He who has just left: the Arickaree," Long Elk answered. But now he had edged up still closer, and his arm was tighter around her, and she leaned heavily against him.

"Was there ever such a blind one?" she said. "Yes, I will let you know my heart; I will not be ashamed, not afraid to say it. I was crying because I thought you would not return. All these summers and winters I have been waiting, hoping that you would love me, and you never spoke."

She put her arms aroimd his neck and kissed him, and that was answer enough.

In the morning, like any other married man. Long Elk went out and stood by the entrance to the lodge which was now his, and shouted feast invitations to his father and friends. They all came, and all were pleased that he had got such a good woman. Some made jokes about newly married ones, which made the young woman cover her face with her robe. Yet she ..text continues 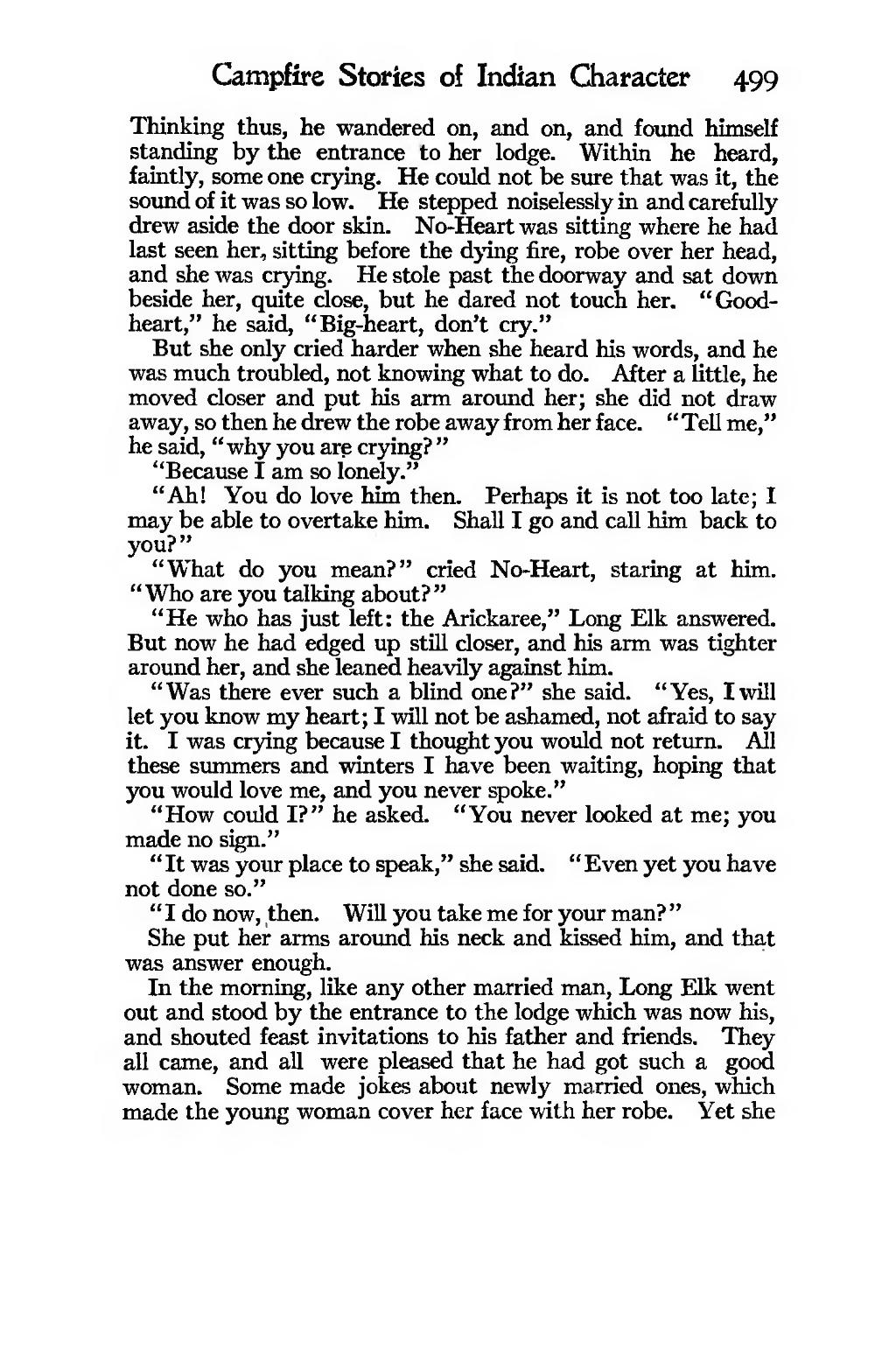