Some Indian Ways ^ 459 The feathers are made of white quill feathers, the tip dyed dark brown or black; a leather loop is lashed to the quill end of each to fasten it on to the head-band. Each feather stands for an exploit and is awarded by the Council. An oval of paper is glued on near the high end. This bears a symbol of the feat it commemorates. If it was Grand Coup or High Honor, the feather has a tuft of red horsehair lashed on the top. WARBONNET OR HEADDRESS ITS MEANING The typical Indian is always shown with a warbonnet, or '■ warcap, of eagle feathers. Every one is famiUar with the look of this headdress, but I find that few know its mean- ing or why the Indian glories in it so. In the days when the Redman was unchanged by white men's ways, every feather in the brave's headdress was awarded to him by the Grand Council for some great deed, usually in warfare. Hence the expression, "a feather in his cap." These deeds are now called coups (pro- nounced coo), and when of exceptional valor they were grand coups, and the eagle's feather had a tuft of horse- hair, or down, fastened on its top. Not only was each feather bestowed for some exploit, but there were also ways of marking the feathers so as to show the kind of deed. Old plainsmen give an exciting picture in Indian life after the return of a successful war party. All assemble in the Grand Council lodge of the village. First the leader of the party stands up, holding in his hands or having near him the scalps or other trophies he has taken, and says in a loud voice: " Great Chief and Council of my Nation, I claim a grand coup, because I went alone into the enemy's camp and 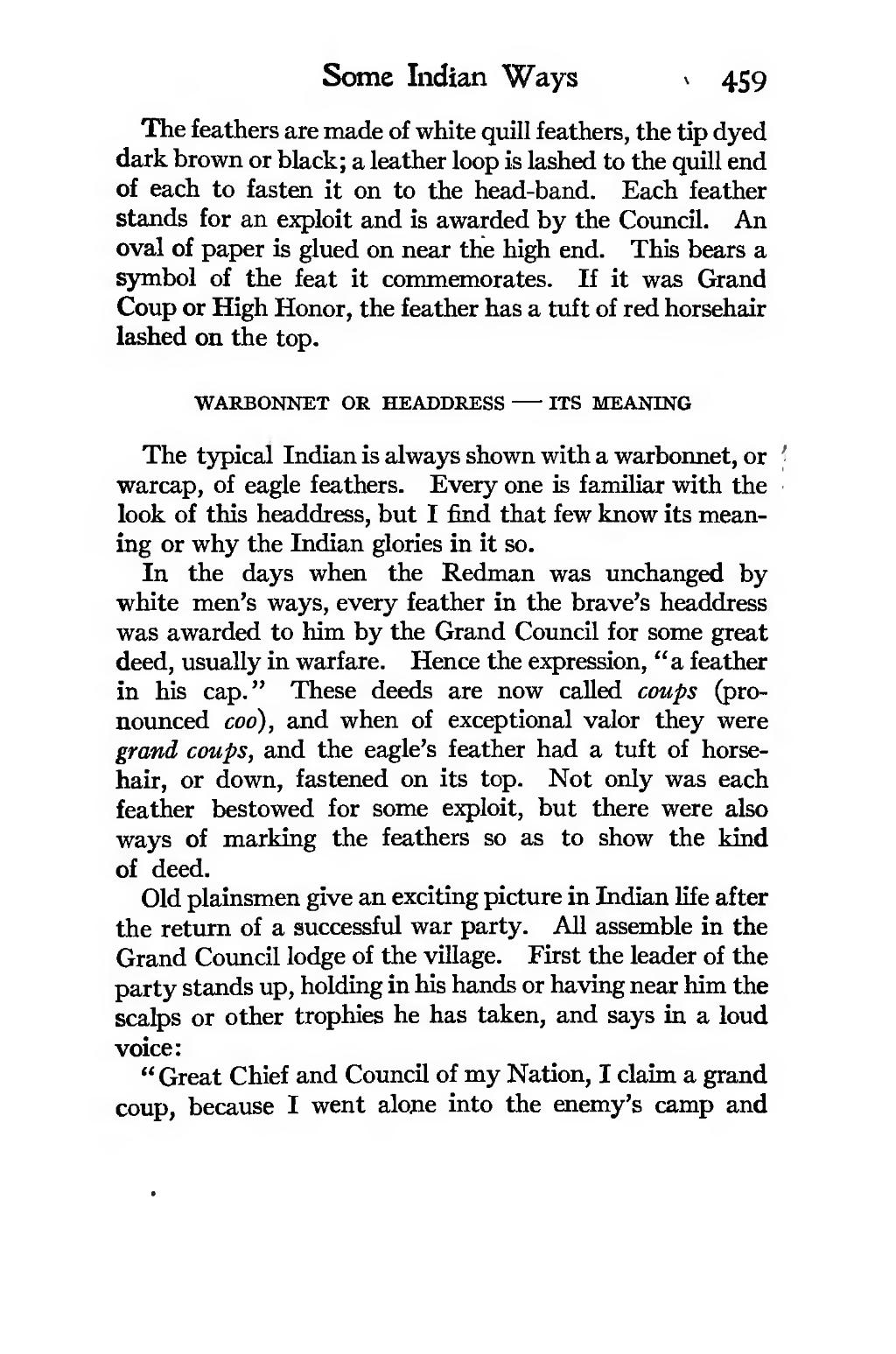