460 The Book of Woodcraft learned about their plans, and when I came away I met one of them and killed him within his own camp. " Then if all the witnesses grunt and say: "Hul" or "Howl Howl " ("So — it is so ") the Council awards the warrior an eagle feather with a red tuft and a large red spot on the web, which tell why it was given. The warrior goes on: "I claim grand coup because I slapped the enemy's face with my hand (thereby warning him and increasing the risk) before I killed him with my knife." A loud chorus of "Howl How! Howl" from the others sustains him, and he is awarded another grand coup. "I claim grand coup because I captured his horse while two of his friends were watching. " Here, perhaps, there are murmurs of dissent from the witnesses ; another man claims that he also had a hand in it. There is a dispute and maybe both are awarded a coup, but neither gets grand coup. The feathers are marked with a horseshoe, but without a red tuft. The killing "of one enemy might (according to Mallery 4 Ann. Eth. p. 184) confer feathers on four different men — the first, second, and third to strike him, and the one who took his scalp. After the chief each of the warriors comes forward in turn and claims, and is awarded, his due honors to be worn ever afterward on state occasions. All awards are made and all disputes settled by the Council, and no man would dream of being so foolish as to wear an honor that had not been conferred by them, or in any way to dispute their ruling. In the light of this we see new interest attach to the head- dress of some famous warrior of the West when he is shown with a circle of tufted feathers around his head, and then added to that a tail of one hundred or more reaching to the ground or trailing behind him. We know that, like the 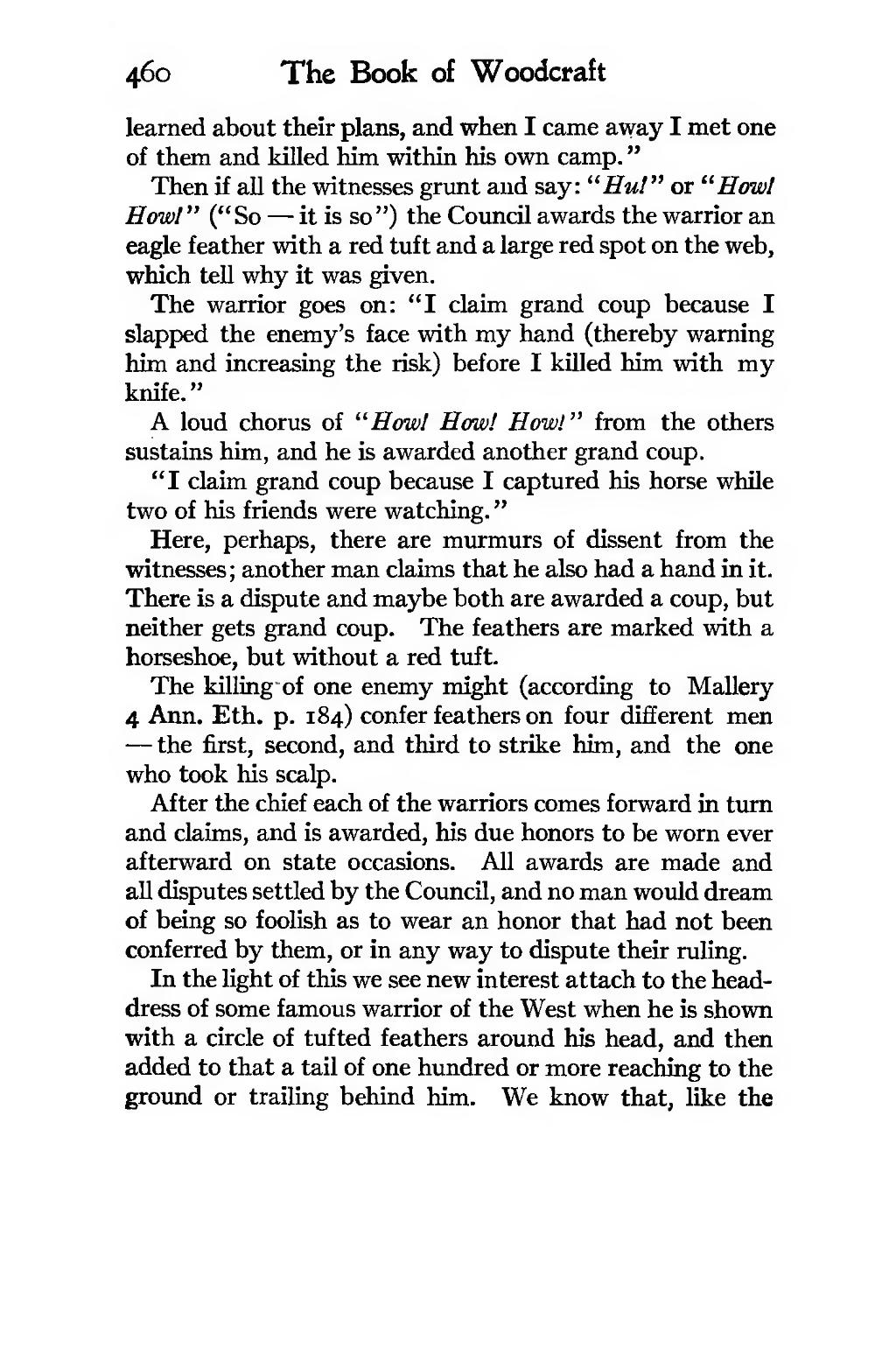