4o8 The Book of Woodcraft bugle, a bird's nest, a spring bonnet or an Indian club, is likely to be wholesome, we may follow the suggestions of the authors already cited (p. xxxii), as follows: "There is but one way to determine the edibility of a species. If it looks and smells inviting, and its species can- not be determined, taste a very small piece. Do not swal- low it. Note the eflect on the tongue and mouth. But many species, delicious when cooked, are not inviting raw. Cook a small piece; do not season it. Taste again; if agreeable eat it (unless it is an Amanita). After several hours, no unpleasant effect arising, cook a larger piece, and increase the quantity until fully satisfied as to its qualities. Never vary from this system, no matter how much tempted. No possible danger can arise from adher- ing firmly to It." Safety lies in the strict observance of two rules : "Never eat a toadstool found in the woods or shady places, believing it to be the common mushroom : Never eat a white — or yellow-glUed toadstool In the same be- lief. The common mushroom does not grow in the woods, and its gills are at first pink, then purplish brown, or black." Also there are many mushrooms of the Genus Boletus that are like ordinary mushrooms of various pale and bright colors, but instead of gills they have tubes under- neath. Some are eatable, some are dangerous. Avoid all that change color as being wounded or that have red- mouthed tubes or that taste peppery or acrid. "There is no general rule by which one may know an edible species from a poisonous species. One must learn to know each kind by its appearance, and the edibility of each kind by experiment," says Nina L. Marshall in the "Mushroom Book" (page 151), and gives the following: 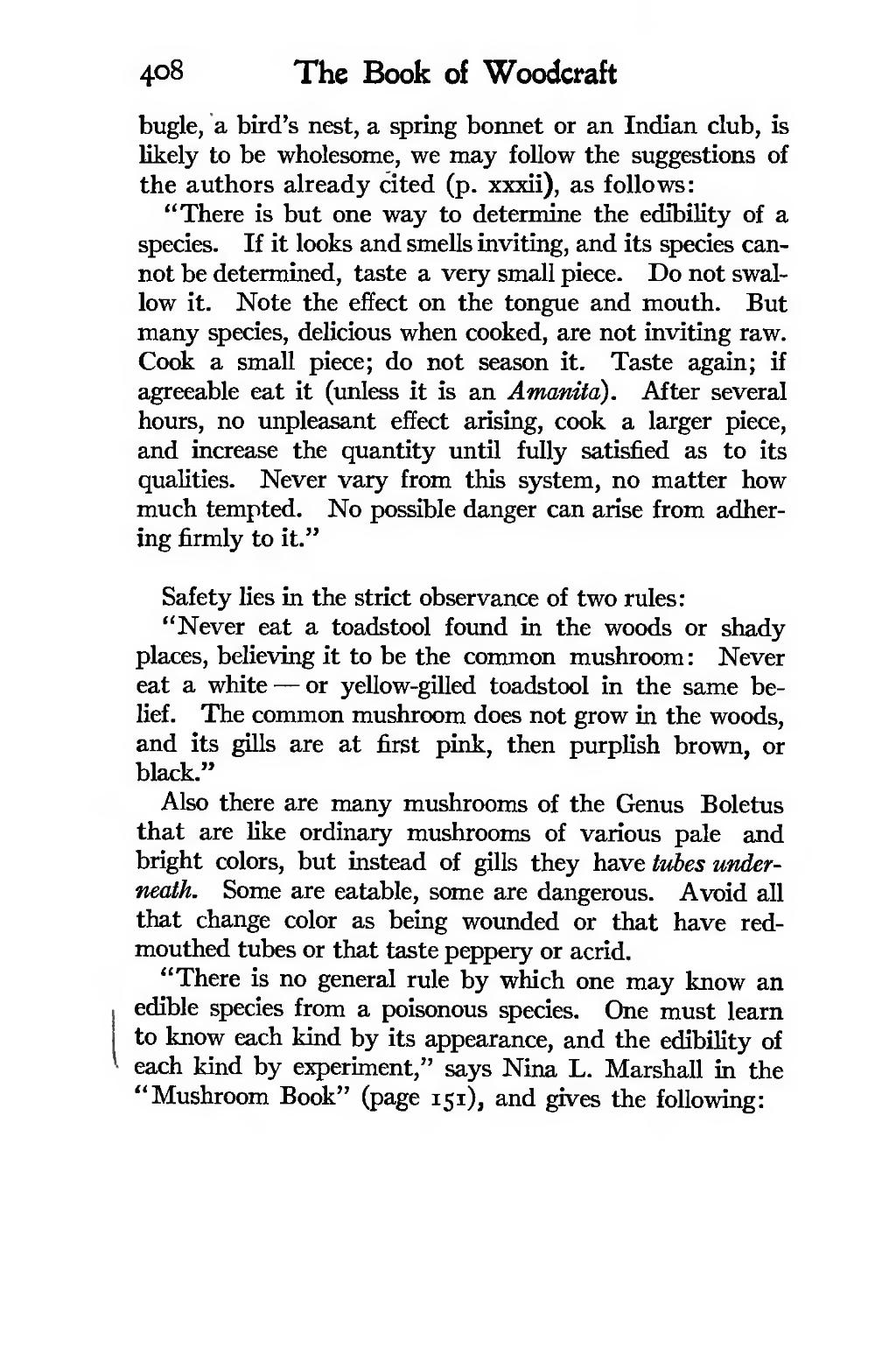