324 The Book of Woodcraft and maintain that as a protection ignorance is a sad failure. It is far better for the parent to teach the child the truth — the sacred truth — by degrees, as he or she is ready for it. Most children are ready at seven or eight to know something about the process of procreation, especially if they live on a farm where they see it all about them. No boy is any the worse for learning of these things. All are better for knowing them. Rest assured of this, more nations have been wiped out by sex abuse than by bloody war. The nation that does not bring up its youth with pure ideals is certainly going to destruction. Every leader of boys should talk frankly to his charges and read to them or have them read: "From Youth Into Manhood," by Dr. Winfield S. Hall. "Y. M. C. A. Press, 124 East Twenty-eighth Street, New York. STARVATION FOODS IN THE NORTHERN WOODS For a man who is lost, the three great dangers in order of importance, are Fear, Cold, and Hunger. He may endure extreme hunger for a week and extreme cold for a day, but extreme fear may undo him in an hour. There is no way of guarding against this greatest danger excepting by assur- ing him that he is fortified against the other two. Starvation is rare in warm regions and I suppose that no one ever starved during the late summer and early autumn. The woods then are full of roots, nuts, and berries that, as a rule, are wholesome and palatable, and usually there is a large amount of small game at this season. The greatest danger of starvation is in the far north during winter. By the far north I do not mean the Polar regions, where few go and where life usually depends on 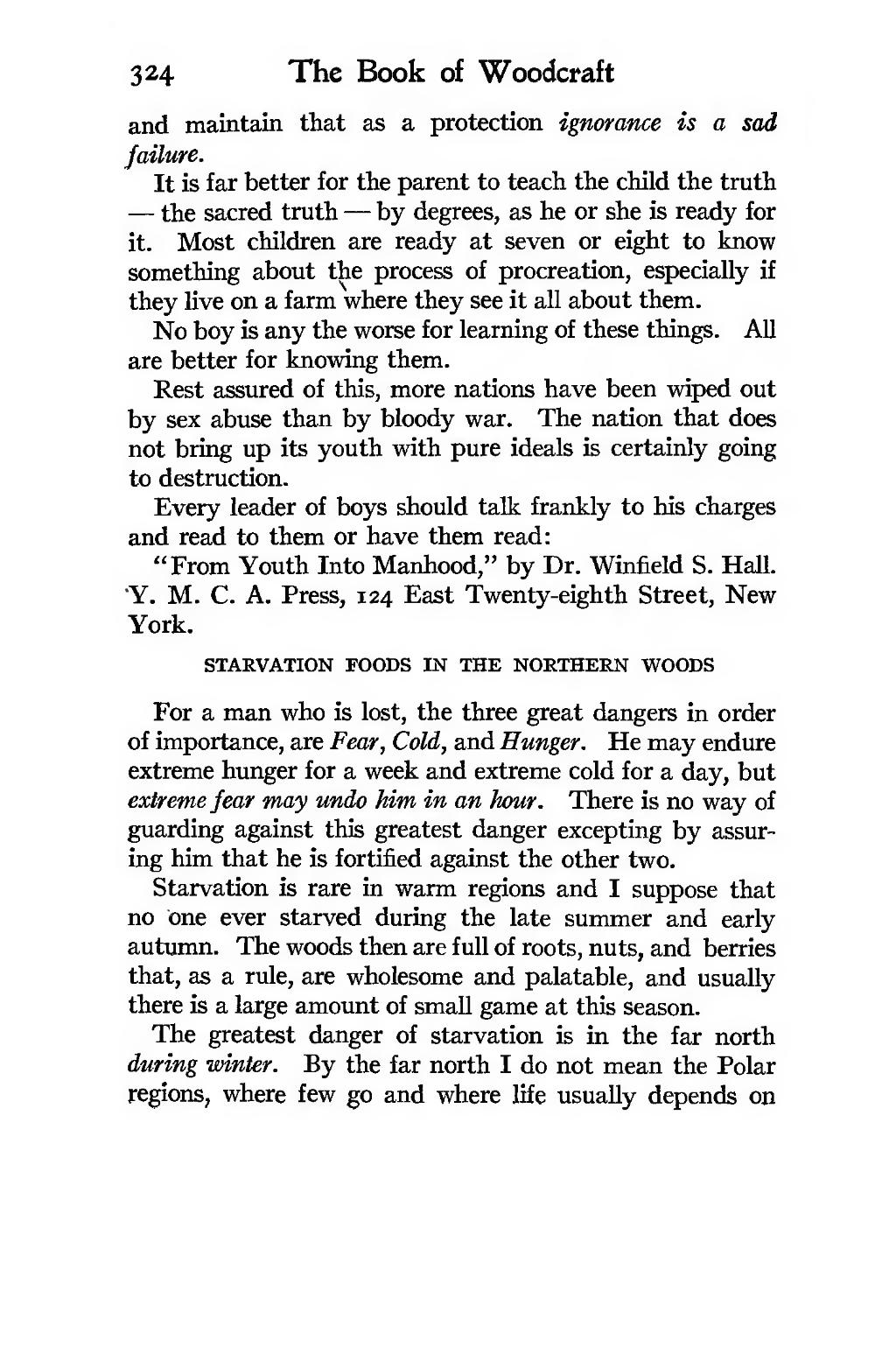