Health and Woodland Medicine 325 keeping touch with the ship, but the wooded regions of Canada and Alaska where there are hundreds, yes, thou- sands of travelers each year, and where each year one hears of some one dying of starvation, through ignorance of the few emergency foods that abound in that country. Fish are not included among these foods, for the wanderer in the snow is not likely to be equipped with fish hook, spear or net. The fish, moreover, are in winter protected by ice of great thickness. Animal food is exceedingly scarce at such times, the forms most likely to be found are rabbits, mice, insect-borers, ants, and rawhide gear. Of course the mounted Indian never starved, because he would bleed his horse each day and Hve on the blood; taking care that his steed had fodder enough to keep up his strength. But we must assume that this source of food is not avail- able — that our traveler is on foot. A well-known explorer states in his book that northern expeditions should be undertaken chiefly or only in rabbit years — that is, when rabbits are at the maximum of their remarkable periodic increase. While there is some truth in this, we must remember, first, a rabbit year in one region is not necessarily a rabbit year in another, so we could not foretell with certainty what would be a season of abundant food in the region proposed for the expedition; second, men will at any risk go into the vast northern wilderness every year, for it is destined to be the great field for exploration, and every traveler there ought to know the foods he can count on finding at all times. Rabbits. If when in straits for food he have the luck to be in a rabbit country, he should select a thicket in which their tracks and runs are very numerous. By quietly walking around it, he is likely to see one of these silent, ghostlike hares, and can easily secure it with his gun. Without a gun his -next best reliance is on snares. String, 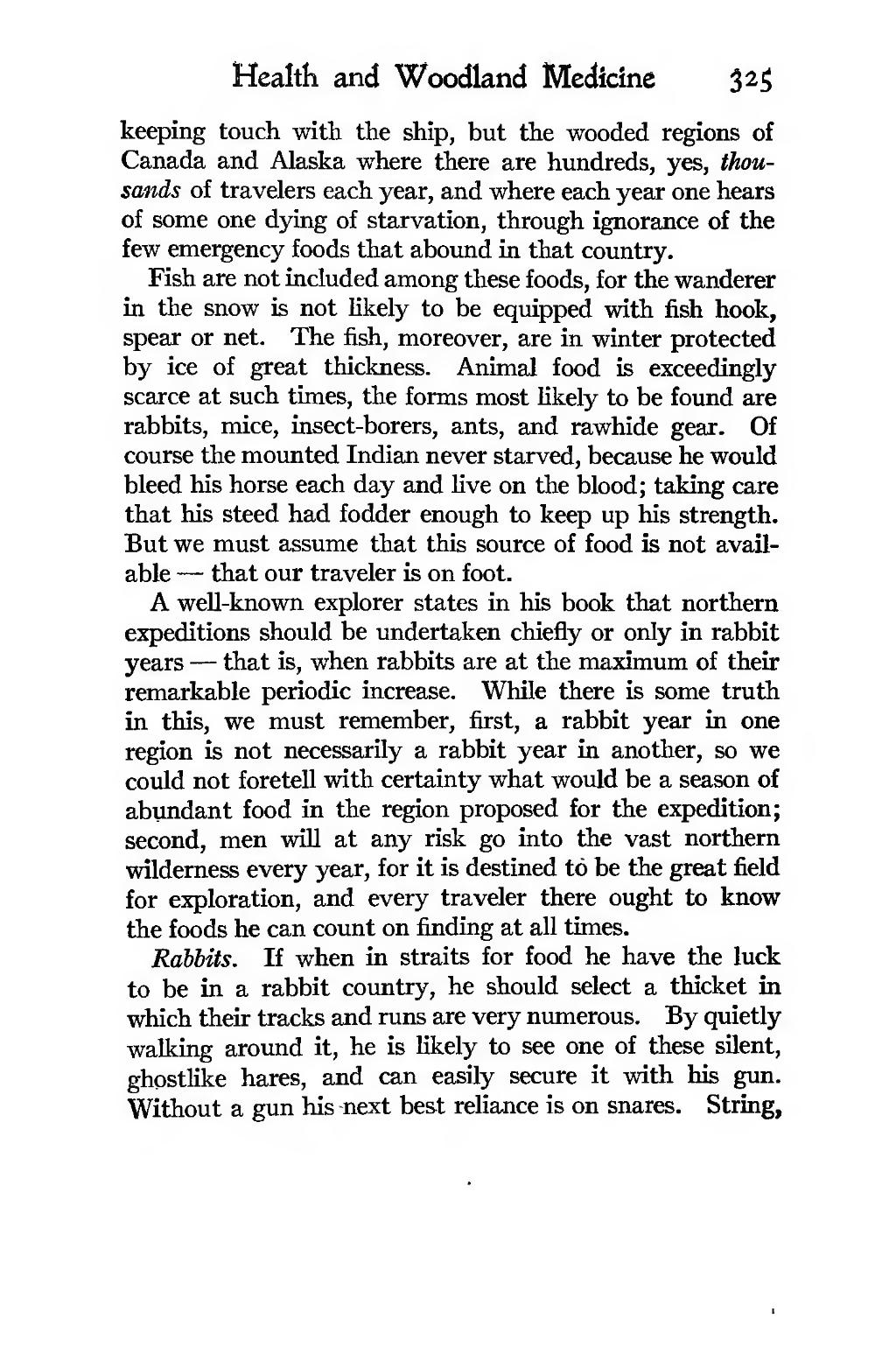