252 The Book of Woodcraft DISPLAY EXAMPLES Colder. Fair Weather Rain or Snow. Warmer Warmer. Fair Weather, followed by Rain or Snow Cold Wave. Fail Weather STORM AND HURRICANE WARNINGS ^ ^ N. E. S.E. N W S.W. Hurri- Winds. Winds Winds. Winds. cane. Storm Warnings. — A red flag with a black centre indicates a storm of marked violence. The pennants displayed with flags indicate direction of wind — red, easterly; white, westerly; pennant above flag indicates wind from northerly quadrants; below, from south- erly quadrants. By night a red light indicates easterly winds, white light below red, westerly winds. Two red flags with black centres indicate approach of tropical hurricane. No night hurricane signals are displayed. SIGNALS ON THE RAILWAY Most of US are familiar with some of the signals given by brakemen, conductors, or engineers, but not so many of us have sat right down to inspect the code, as officially fixed. A conductor on the Canadian Pacific Railway allowed me to copy it out from his "Trainman's Book," 1909, and since then I have been told that this is the code in universal use, so I give it in full. It consists of color signals, hand and lantern signals, toots, and cord-pulls. It will add a new interest to the journey, at least when you can read the "Signs of the Iron Trail," and the "Talk of the Iron Horse." 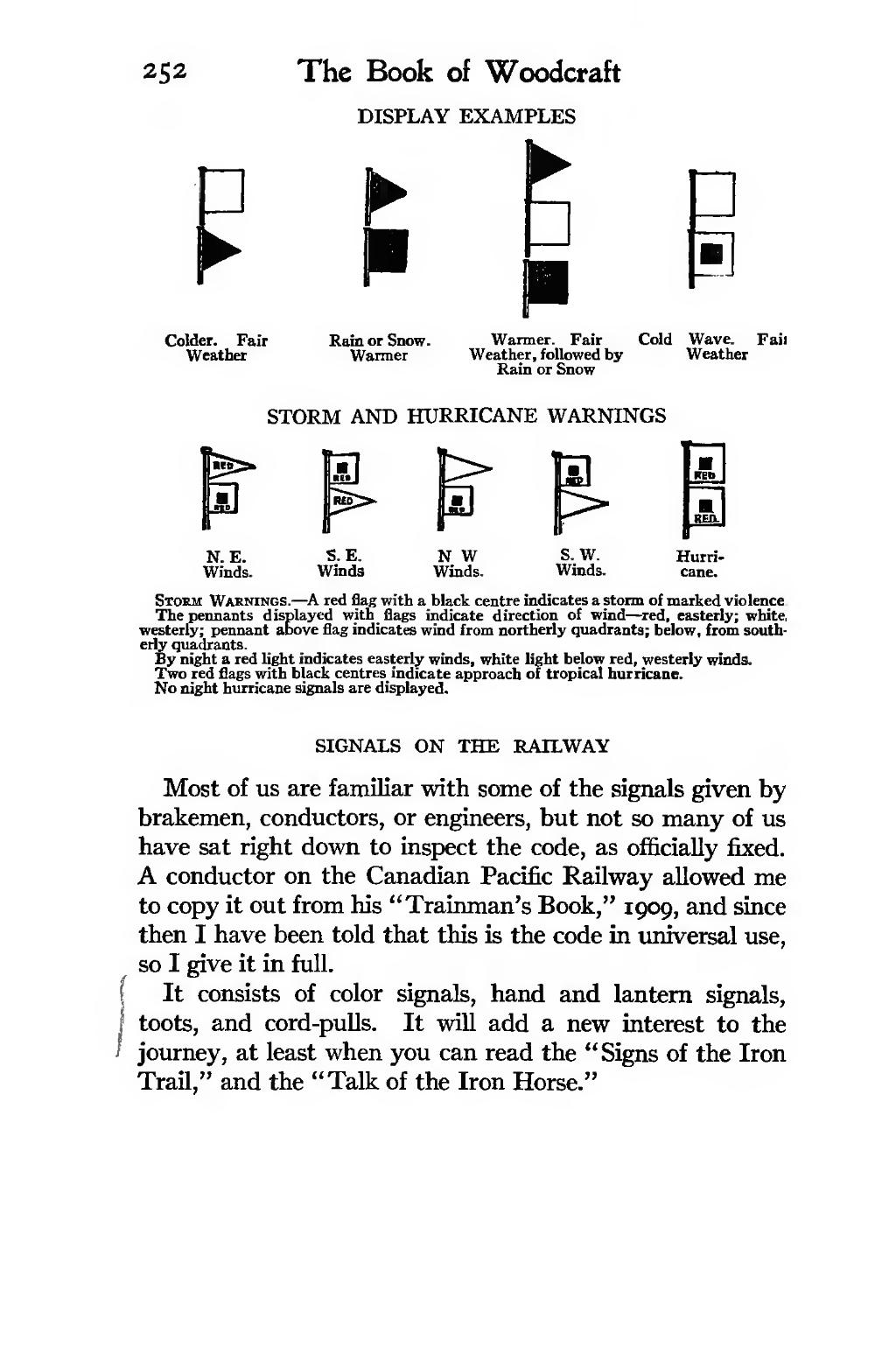