Signaling and Indian Signs 247 In running a trail one naturally looks straight ahead for the next sign; if the trail turned abruptly vnthout notice one might easily be set wrong, but custom has provided against this. The tree blaze for turn "to the right" is shown in Number 2, fourth row; "to the left" in Number 3. The greater length of the turning blaze seems to be due to a desire for emphasis as the same mark set square on, is understood to mean "Look out, there is something of special importance here." Combined with a long side chip it means "very important; here turn aside." This is often used to mean "camp is close by," and a third sign that is variously combined but always with the general meaning of "warning" or "something of great importance" is a threefold blaze. (No. 4 on fourth line.) The com- bination (No. I on bottom row) would read "Look out now for something of great importance to the right." This blaze I have often seen used by trappers to mark the where- abouts of their trap or cache. Surveyors often use a similar mark — that is, three simple spots and a stripe to mean, "There is a stake close at hand," while a similar blaze on another tree near by means that the stake is on a line between. STONE SIGNS These signs done into stone-talk would be as in the top line of the cut. These are much used in the Rockies where the trail goes over stony places or along stretches of slide-rock. GRASS AND TWIG SIGNS In grass or sedge the top of the tuft is made to show the direction to be followed; if it is a point of great importance 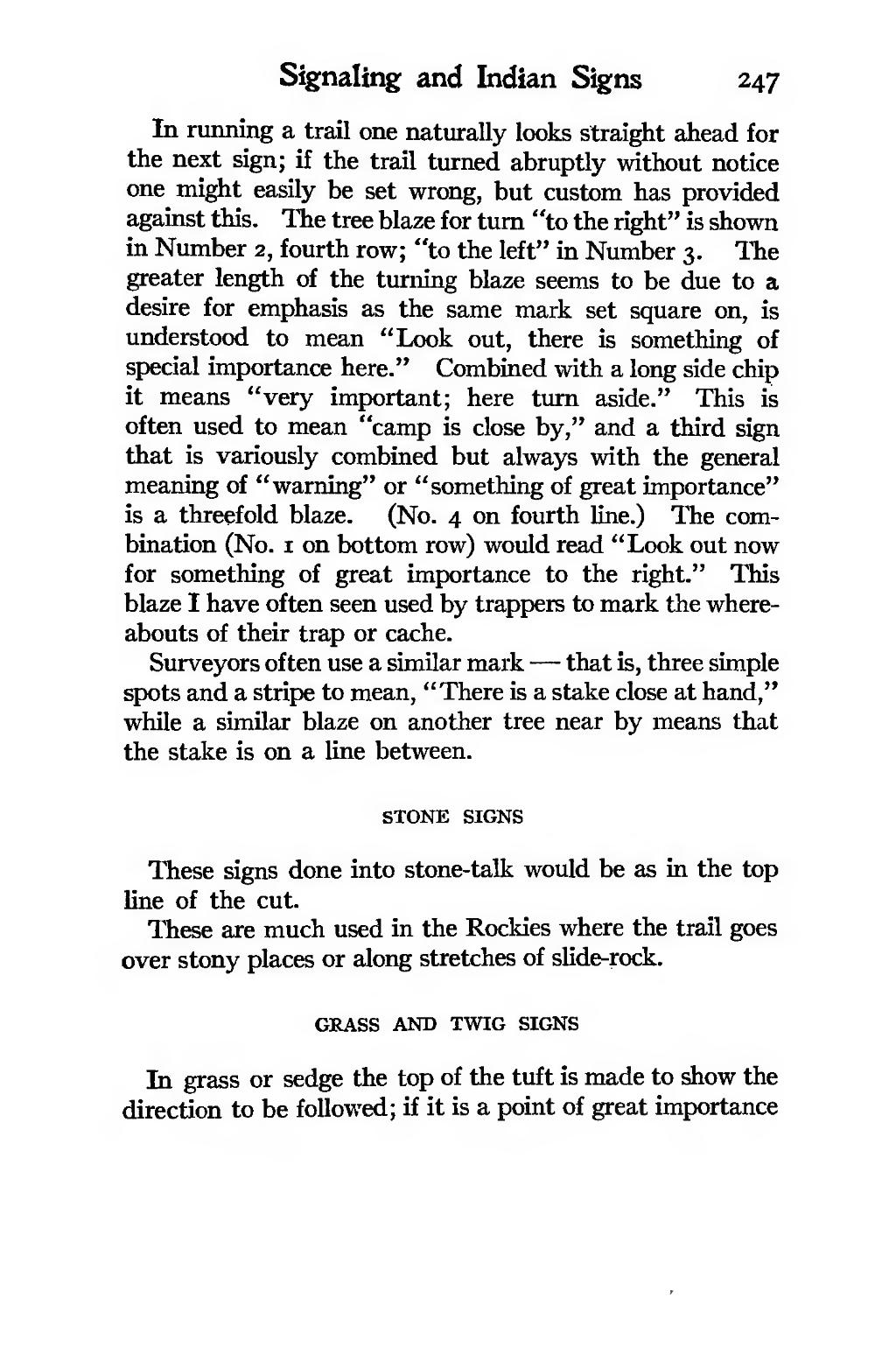