General Scouting Outdoors 197 Nothing had happened. We saw no mink, but I knew he was there. The ferretteer said, "It just proved what he had claimed — "a mink was beneath his ferret's notice'!" Maybe? Now, we heard the shout of hunter No. 2. We answered. He came to us to say that, after faithfully following his skunk-trail leader for two hours, through forest, field and fen, he had lost it in a host of tracks in a ravine oome half-a- mile away. So we gave our undivided attention to skunk No. i, and in a few minutes had traced him to a hole, into which there led a multitude of trails, and from which there issued an odor whose evidence was beyond question. Again we submitted the case to our subterranean representative, and nothing loth the ferret glided down. But presently re- appeared, much as he went, undisturbed and unodori?ed. Again and again he was sent down, but with the same result. So at length we thrust him ignominiously into the bag. The ferret's owner said there was no skunk; the rest of us said there was, but that the ferret was "scared," "no good," etc. Then, a plan suggested itself for clearing or convicting that best of aU ferrets. We plugged up the skunk hole, and went back to the house. It seemed that the youngest brother of one of my companions had a tiny pet dog, a toy, the darling of his heart — Just such a dog as you read about; a most miserable, pampered, cross, ill-bred, useless and snarling little beast, about the size of a large rat. Prince ■was his name, for Abraham, his little master, never lost an opportimity of asserting that this was the prince of all dogs, and that his price was above rubies. But Prince had made trouble for Bob more than once, and Bob was ready to sacrifice Prince on the altar of science, if need be. Indeed, Satan had entered into Bob's heart and sketched there a plausible but wicked plan. So this boy set to work and 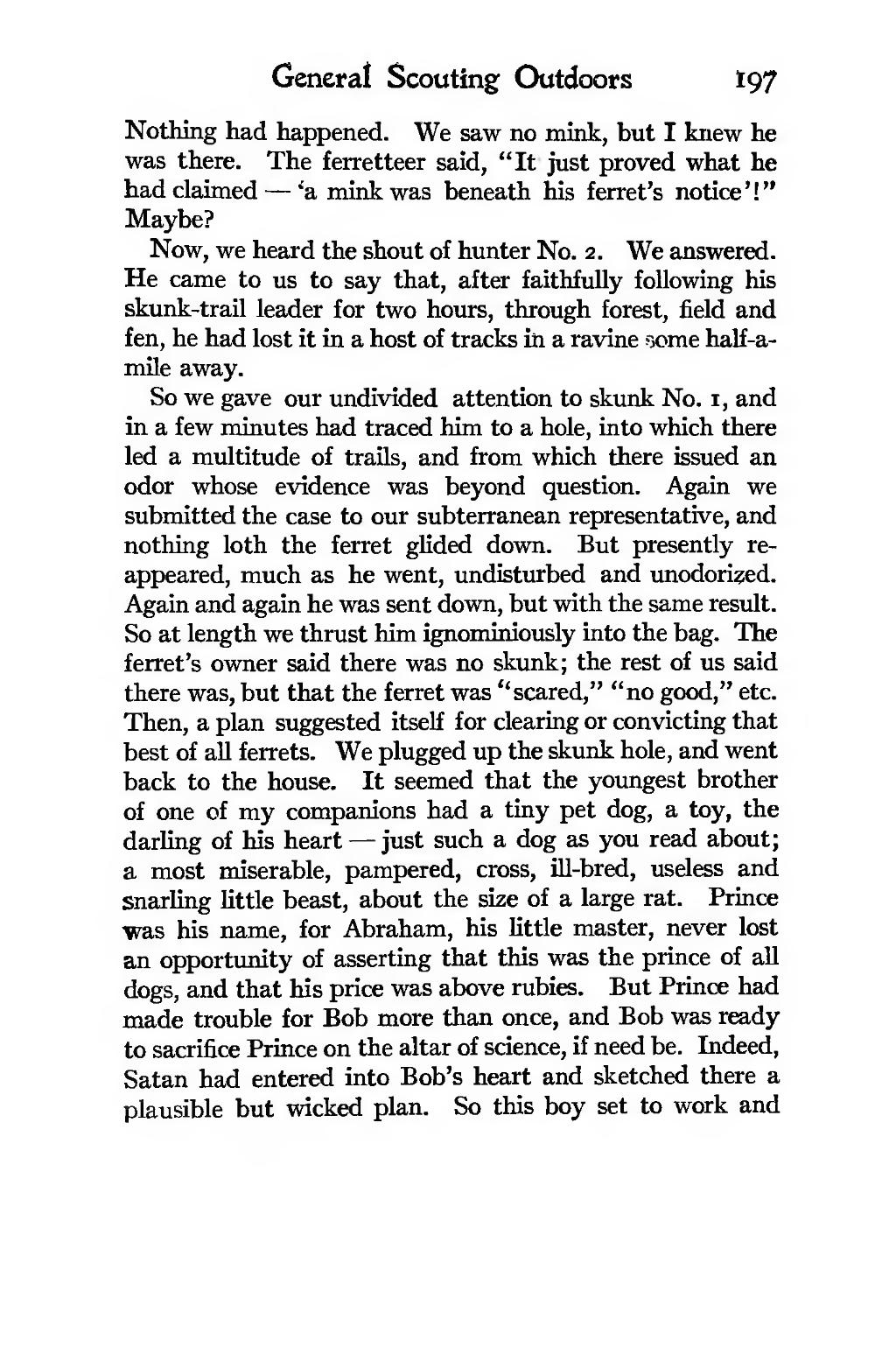