198 The Book of Woodcraft coaxed Prince to leave the house, and beguiled him with soft words, so that he came with us to the skimk's den in the woods. It required but little encouragement, then, to get that aggressive little beast of a doglet to run into the hole and set about making himself disagreeable to its occu- pant. Presently, we were entertained with a succession of growlets and barklets, then a volley of howlets, followed by that awful smell — you know. Soon afterward, Prince reappeared, howling. For some minutes he did nothing but roll himself in the snow, rub his eyes and yell. So that after all, in spite of our ferret's evidence, there was a skunk in the hole, and the ferret had really demonstrated a vast discretion; in fact, was prob- ably the discreetest ferret in Canada. We had got good proof of that skimk's existence but we did not get him, and had to go home wondering how we should square ourselves for our sacrilege in the matter of the pet dog. It was Bob's job to explain, and no one tried to rob him of the glory. He began by sowing a few casual remarks, such as, "Pears to me there must be a skunk under the barn." Then, later, when Prince boimded in, "Phew! 'pears to me that there fool purp has been after thatskimk!" Poor little Prince! It made him lose his nightly couch in Abraham's bosom and condemned him to be tubbed and scrubbed every day, and to sleep outdoors for a week. But he had his revenge on all of us; for he barked all night, and every night, under our windows. He couldn't sleep; why should we? And we didn't. Of course, this instance is given rather as a dreadful example of error than as a model for others. We got back from our hike that time with a lot of inter- esting wild animal experience, and yet you will note we did not see any wild animal all the time. 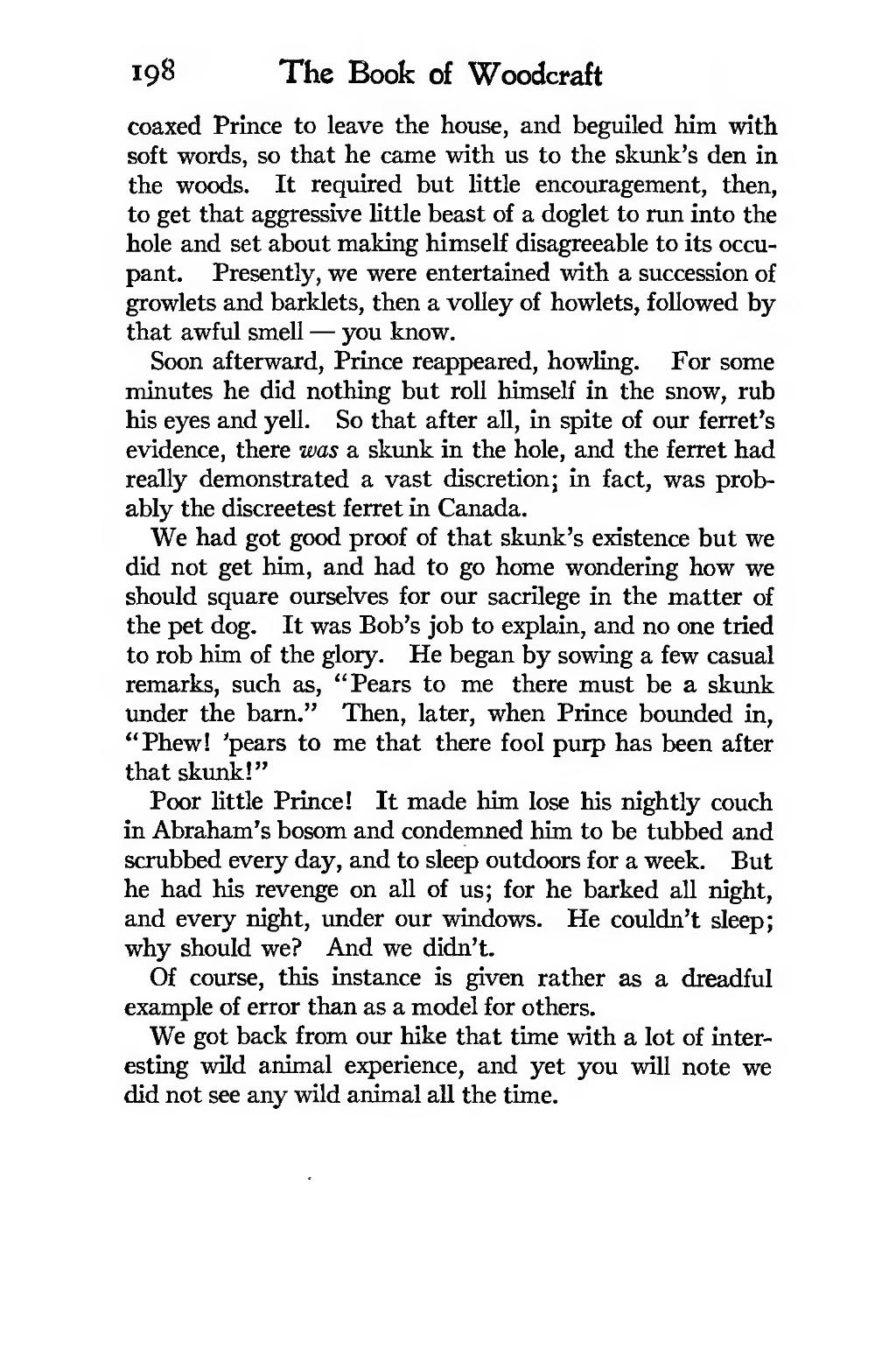