Honors, Degrees, and Indian Names 141 . Have daily notes on the nesting of a pair of wild birds from the time the first egg is laid until the young have left the nest. (Daily notes 20 to the month for L. L.) . Have attracted at least 3 kinds of birds, exclu- sive of the English sparrow, to a "lunch counter" which he has supplied. (Include English sparrow for L. L.)

mal, killed in season. (Preserve only for L. L.) 9. Mount for a rug the pelt of some fur animal.

. Know 10 different snakes. (5 for L. L.) . Know 10 different fungi. (5 for L. L.) . Know the signs of weather. . Make fire with the rubbing-sticks. Winning a Name Each brave aims at winning a name. These Indian names are a sort of honorable nickname given in recognition of some exploit or personal gift. Thus Deerfoot was the great runner and Hawkeye had the sharp eyes. KiUdeer was famous in our deer hunt, as also was Deerslayer; Grey- wolf was the best scout; Eel-scout was the one who slipped through the enemies' hues as often as he pleased; Little Beaver was the best worker; Chicadee was the smallest; the noisy chatterer, forever showing off without doing any work, was called Bluejay; Spycatcher was given to a warrior who captured a hostile spy by a deed of unusual daring. On rare occasions the name was an inglorious one. Thus a lazy boy was called "Young-man-afraid-of-a-Shovel, " or "Shovel, " for short; another was "Scare-cat, "because of his 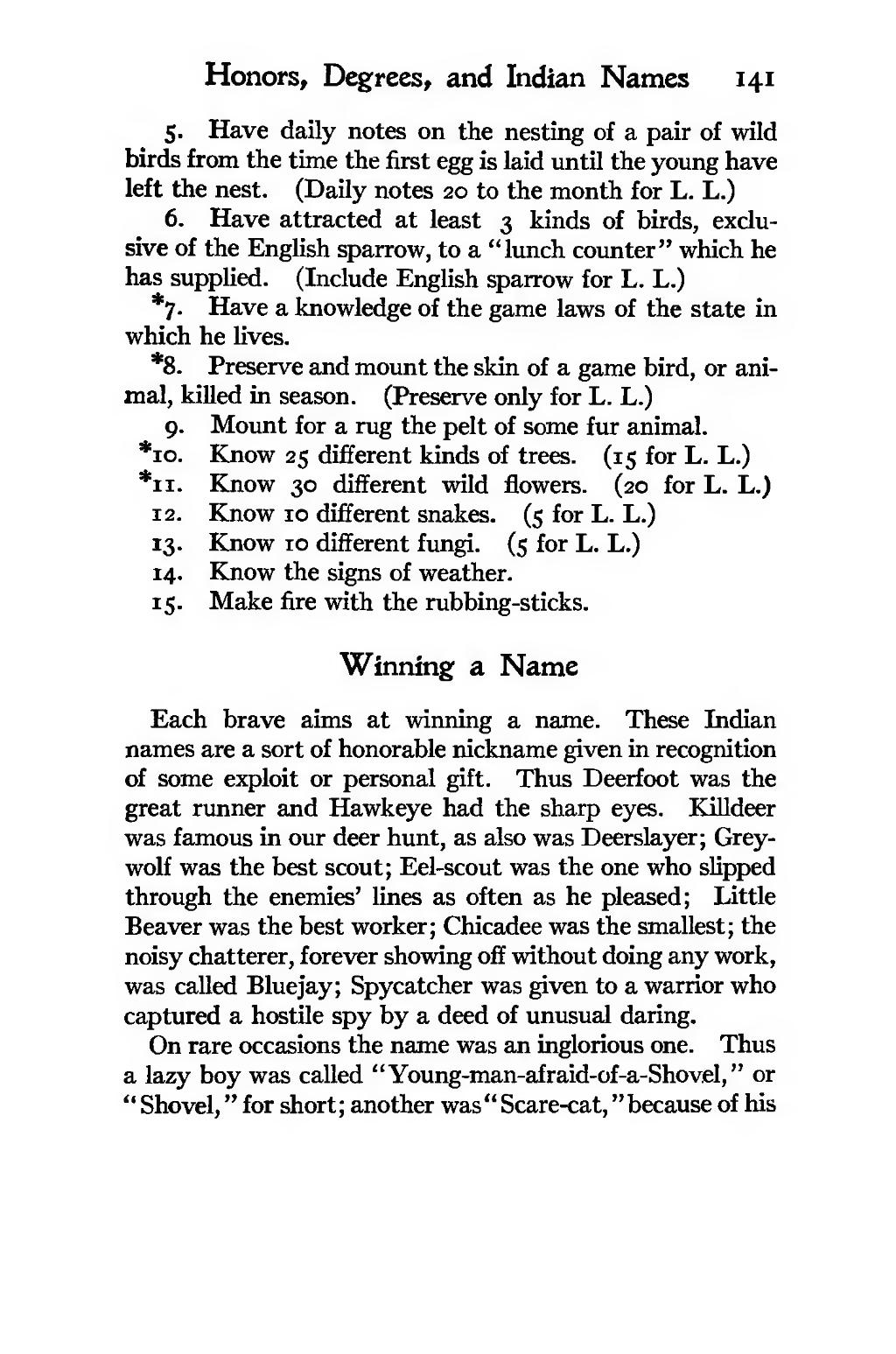