io6 The Book of Woodcraft a grand coup. (See "Quick-sight," among the games.) BIG-GAME HUNTING (By permission of the Campfire Club of America.) Inasmuch as Hunting Big Game must be recognized in our list of national outdoor sports, it should be elevated to a higher plane by the adoption of these rules, because they tend to give the utmost prominence to the many ad- mirable features of the chase, and at the same time reduce the total sum of destruction. To have gone alone into the haunts of big game, that is to say, without professional guide, and by fair hunting, unaided by traps or poison, or dogs (except where marked "d"), have killed and saved for good purposes, in absolute accordance with the game laws, any of the following kinds of game (or others of a corresponding character), counts honors as below: Each species counts one coup; that is, one Tiger would count one coup, ten Tigers would not count any more, and when he gets his Tiger, his Moose, etc., the sportsman is supposed to stop so far as that species is concerned. The presence of a professional hunter reduces a grand coup to a coup, and if he took any part in the actual killing it does not count at all. A native gun-bearer is not nec- essarily a professional guide. COUP Black Bear (d) Water-buck Puma (d) Deer Gray Wolf (d) Moose, Wapiti, etc. Wild Boar, otherwise than Tiger (from elephant-back with spear (d) or Machan) Caribou 14-foot Crocodile or Alligator 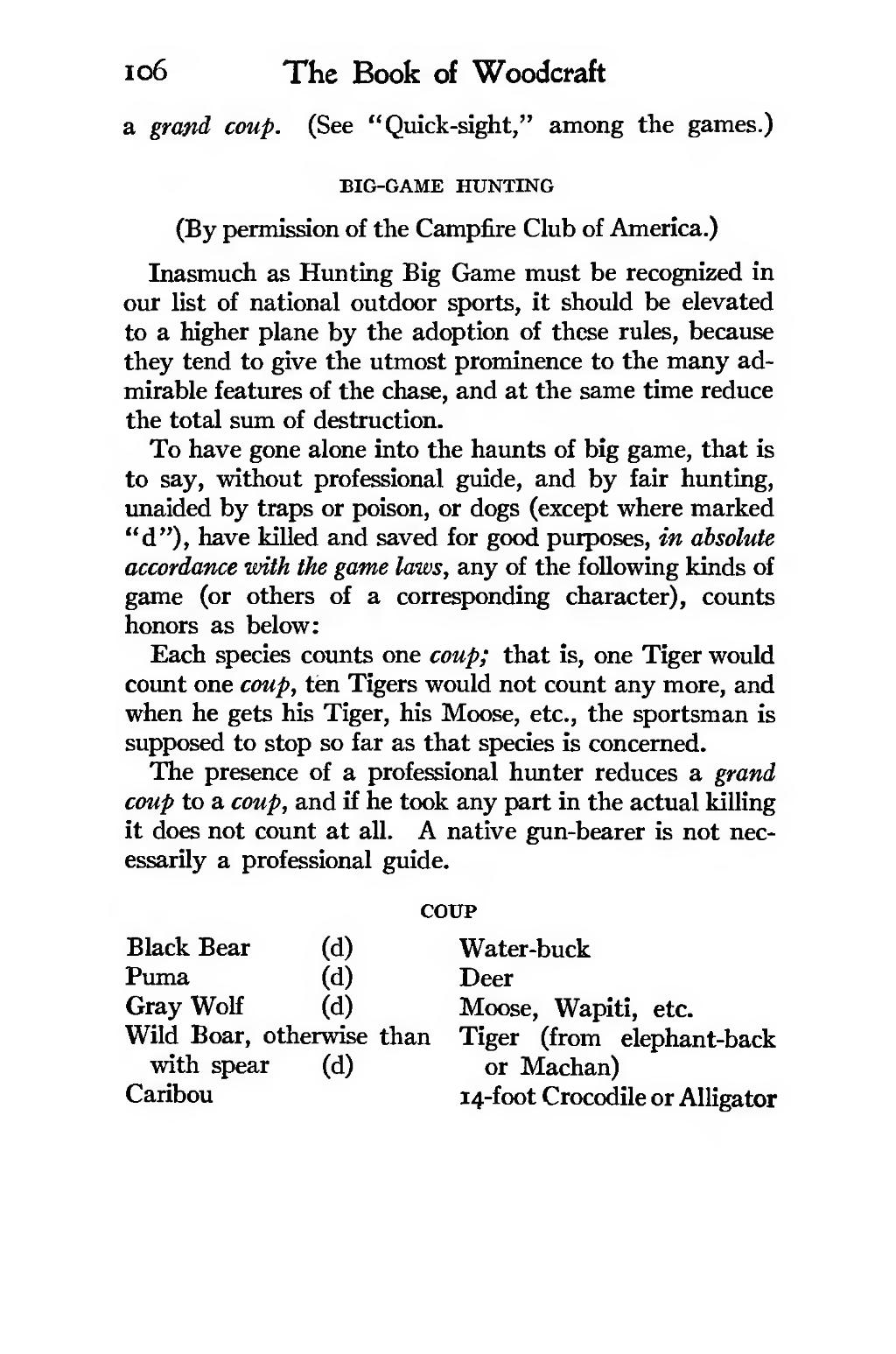