Honors, Degrees, and Indian Names 105 In Asia — Any peak 19,000 feet high. In Africa — Any peak over 15,000 feet high. TARGET-SHOOTING (Open to men only.) Everything that can be said in favor of firearms for use in general sport applies to the rifle only (and its understudy the revolver). The scatter-gun has no official existence for us. It is ruination to the marksman's power and should be abolished. A rifle range is a desirable adjunct to all grown-up camps. Honors awarded according to the army standards. Revolver-shot. Target 4x4 ft. Bull's eye 8 inches (counts 4 points). Inner ring 2 feet (3 points). Outer, the rest of target (2 points). Distance, 30 yards. Ninety-six shots divided in any number up to six days, one hand, standing: 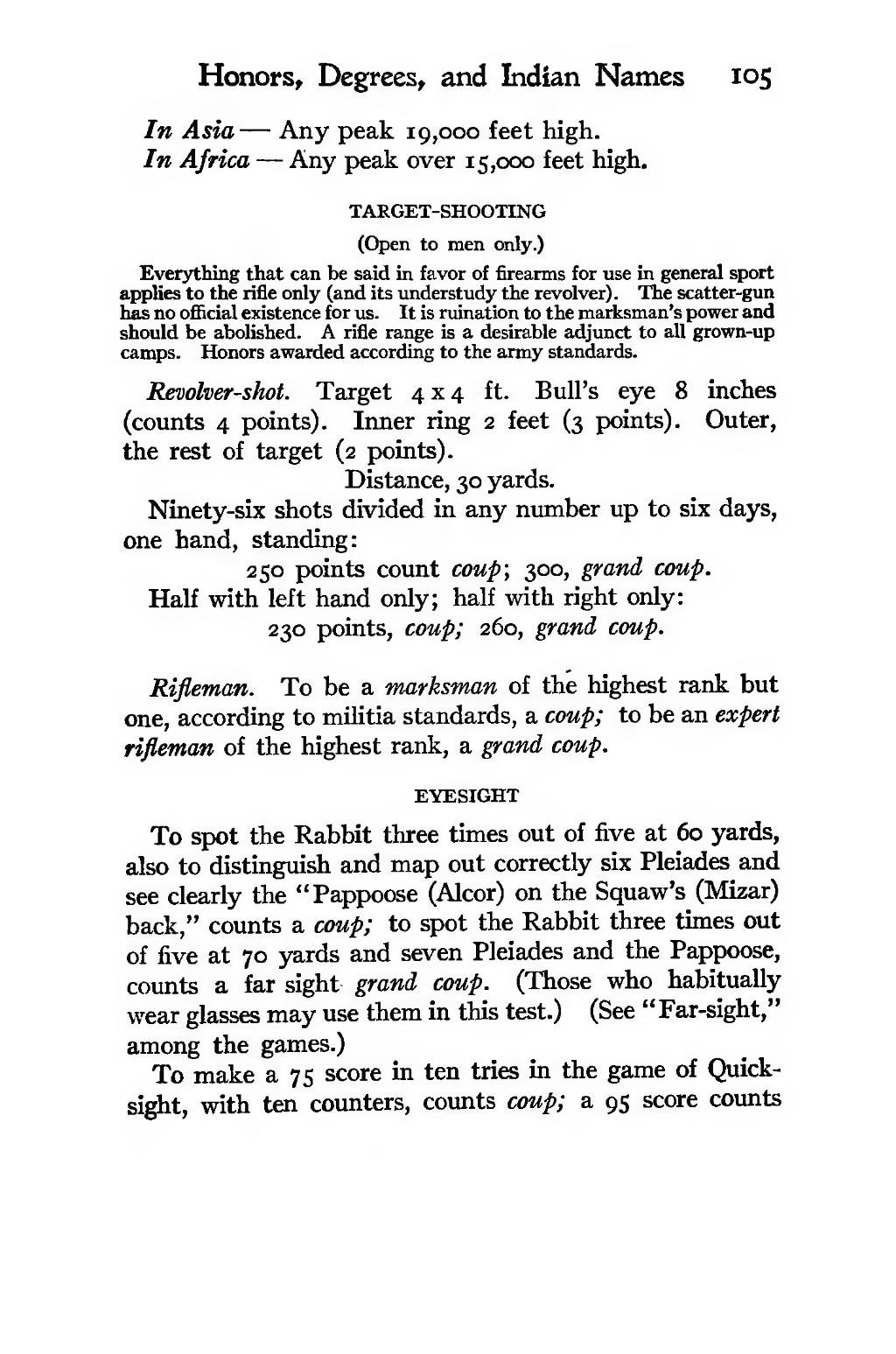