Dr. George B. Grinnell, in his "Blackfoot Lodge Tales" (p. 199), says of the Buffalo-skin teepee:

"An average-sized dwelling of this kind contained eighteen skins and was about sixteen feet in diameter. The lowerr edge of the lodge proper was fastened by wooden pegs, to within an inch or two of the ground. Inside, a lining made of brightly painted cow skin, reached from the ground to a height of five or six feet. An air space of the thickness of the lodge poles — two or three inches — was thus left between the lining and the lodge covering, and the cold air, rushing up through it from the outside, made a draft which aided the ears in clearing the lodge of smoke. The door was three or four feet high and was covered by a flap of skin, which hung down on the outside. Thus made, with plenty of Buffalo robes for seats and bedding, and a good stock of firewood, a lodge was very comfortable, even in the coldest weather.

"The owner of the lodge always occupied the seat or couch at the back of the lodge, directly opposite the doorway, the places on his right being occupied by his wives and daughters... The places on his left were reserved for his sons and visitor. When a visitor entered a lodge he was assigned a seat according to his rank — the nearer to the host the greater the honor." 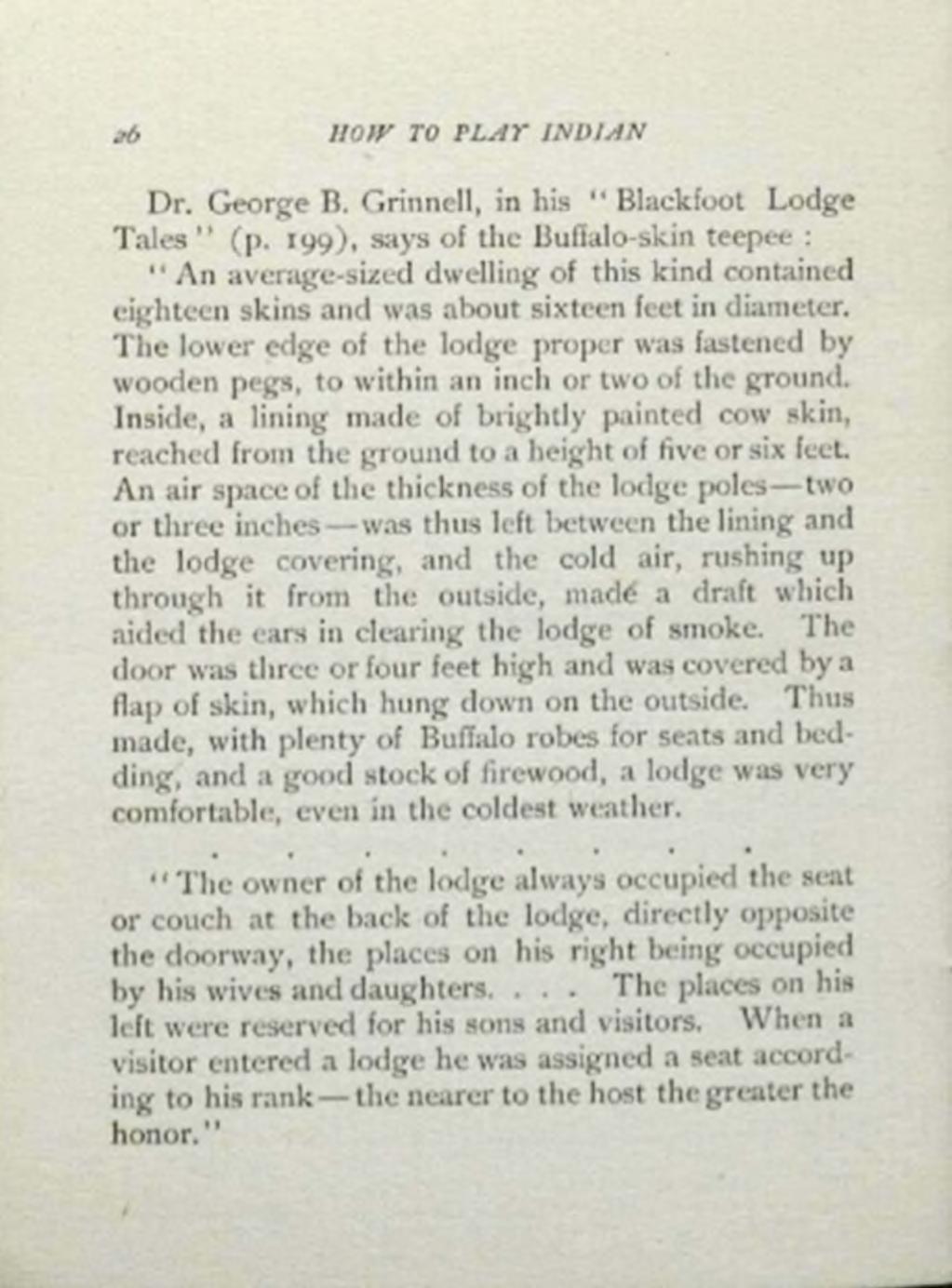