478 The Book of Woodcraft Orange. By boiling with the inner bark of alder or sassafras. Scarlet. Dye yellow first then dip in red. Most berries and barks yield a dye, and experiments with them often result in delightful discoveries. NAMING THE CAMP — OR KEEPING THE WINTER-COUNT When the return of the Grass-moon told the Indians that the New Year had come and that the old year had gone, the council debated the question: By what name shall we re- member this last year? All names suggested by events were brought in. Smallpox Year, White-buffalo Year, Many-scalps Year, and so on. When a decision was reached the Keeper of the Winter-count made a pictograph in proper place on the Painted Robe, and so this record was kept. In our tribes we select the name by which each Camp- out is likely to be remembered, and enter that in the Tally Book. Thus we have: Camp-nothing-but-rain, Camp-bully- fun, Camp-robin's-nest-on-the-teepee, etc. ARCHERY The tribe should own a Standard Target — that is, 4 feet across, circular, made of straw, with a thin oilcloth cover, marked with a 9.6 inch centre of gold (called by some of our tribes "The Buffalo's Eye"); outside of that a 4.8-inch band of red, next a similar band of blue, next of black, next of white. Sometimes black rings of the right size are made to answer. In scoring, the gold is 9, the red 7, the blue 5, tlie black 3, the white I. The shortest match range for the target is 40 yards. If it is a 3-foot target the match range is reduced to 30 yards. 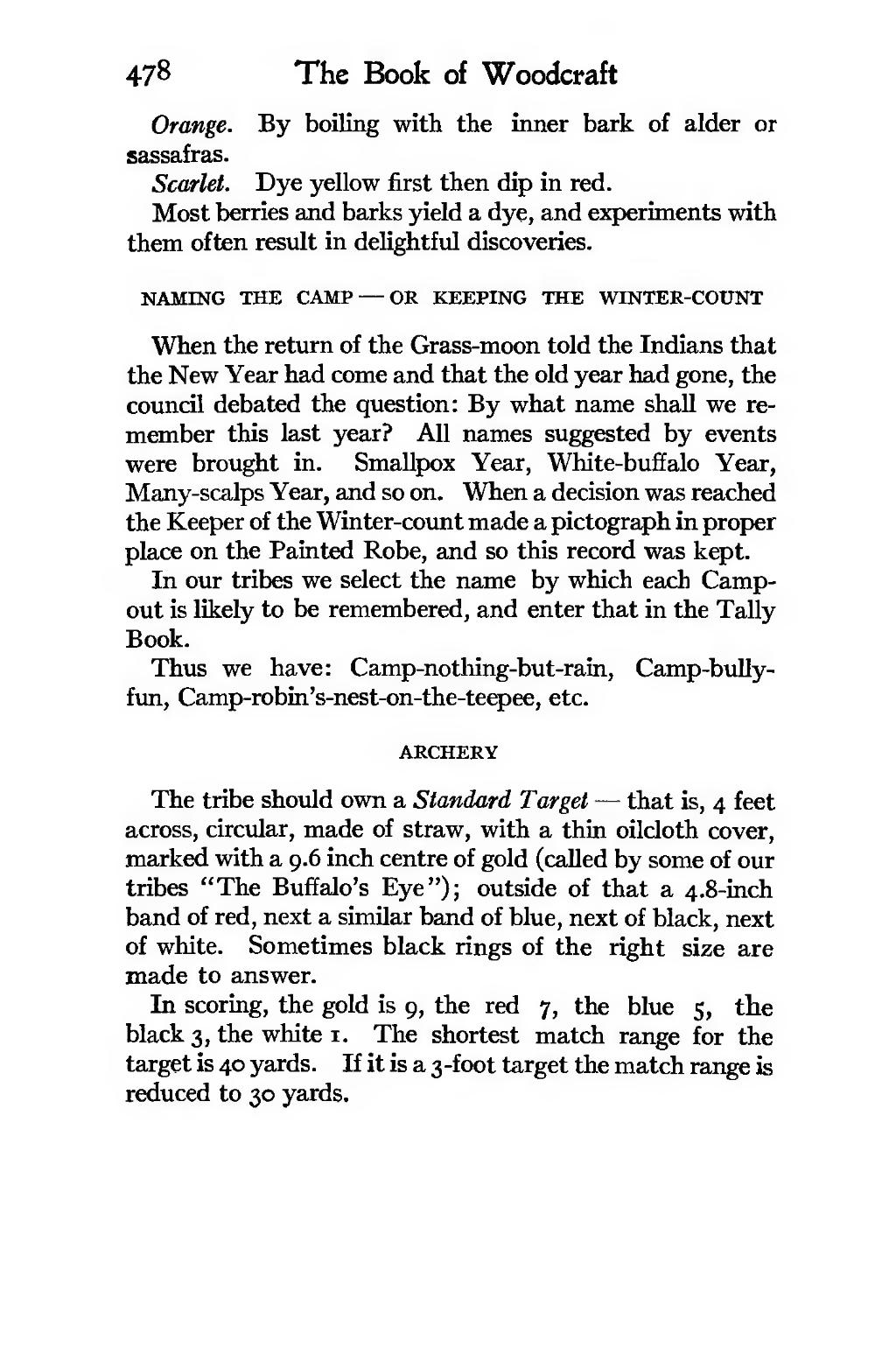