From thewoodcraft.org
Revision as of 21:08, 29 November 2016 by Keny (talk | contribs) (→‎Nebylo zkontrolováno: Založena nová stránka s textem „Games for the Camp 293 It is optional with the judges whether the use of a time- piece is to be allowed. RABBIT HUNT The game of Rabbit-hunting is suit…“)
(diff) ← Older revision | Latest revision (diff) | Newer revision → (diff)
Jump to navigation Jump to search
Tato stránka nebyla zkontrolována

Games for the Camp 293 It is optional with the judges whether the use of a time- piece is to be allowed. RABBIT HUNT The game of Rabbit-hunting is suited for two hunters in limited grounds. Three little sacks of brown burlap, each about eight inches by twelve, are stuffed with hay. At any given place in the woods the two hunters stand in a lo-foot circle with their bows and arrows. One boy is blindfolded; the other, without leaving the circle, throws the Rabbits into good hiding places on the ground. Then the second hunter has to find the Rabbits and shoot them without leaving the circle. The lowest number of points wins, as in golf. If the hunter has to leave the circle he gets one point for every step he takes outside. After he sees the Rabbit he must keep to that spot and shoot till it is hit once. One shot kills it, no matter where struck. For every shot he misses he gets five points. After his first shot at each Rabbit the hider takes alter- nate shots with him. If it is the hider who kills the Rabbit, the hunter adds ten points to his score. If the hunter hits it, he takes ten off his score. If the hunter fails to find all the Rabbits, he scores twenty- five for each one he gives up. The hider cannot score at aU. He can only help his friend into trouble. Next time the two change places. A match is usually for two brace of Rabbits. ARROW FIGHT This is a good one for challenges between two bands of equal numbers, say six on a side. 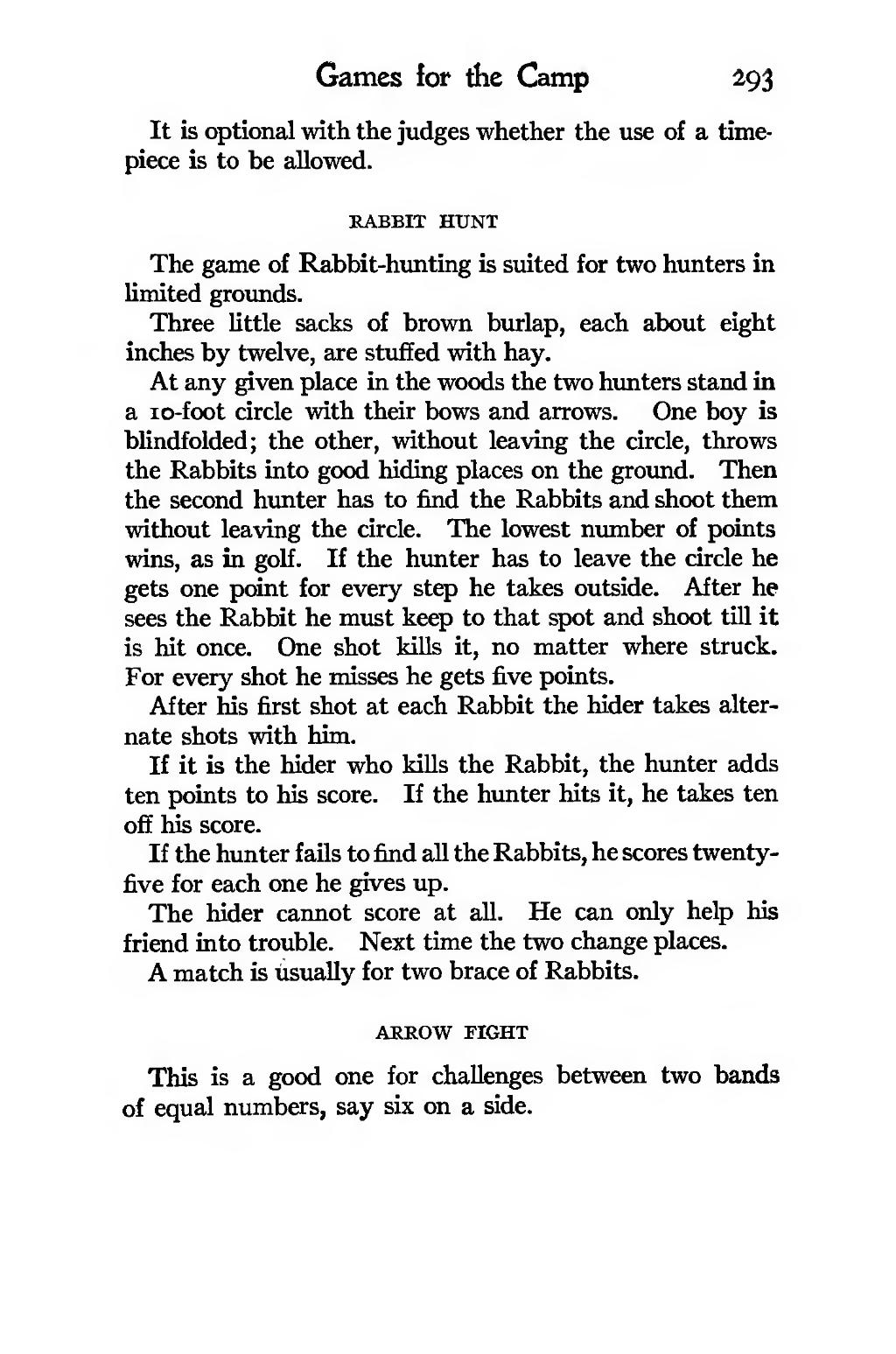