Eden. And it grew so high, flowered so wonderfully, and gave so much pleasure that Diablo, who is also called the Devil, wanted to kill it. He made up his mind that he would blight and scatter every shining leaf of its snowy bloom. So one dark night he climbed a Honey Locust tree near the gate, and swung by his tail over the wall, intending to tear off all the lovely blossoms. But he got a shock when he found that every flower was in the shape of a cross, which put them beyond his power to blight. He was furious at not being able to destroy its beauty, so did the worst he could. Keeping away from the cross he bit a piece out of the edge of every snowy flower leaf, and then jumped back to the Honey Locust tree.

The Locust was ashamed when she found that she had helped Diablo to do such a mean bit of mischief, so she grew a bristling necklace of strong spikes to wear; they were so long and sharp that no one since, not even Diablo himself, has ever been able to cUmb that Honey Locust tree.

But it was too late to save the Dogwood bloom. The bites were out, and they never healed up again, as you can see to this very day.

DO YOU know the Woolly-bear Caterpillar? It is divided into three parts; the middle one brown, the two ends black. Everyone notices the Woolly-bear, because it comes out in early spring, as soon as the frost is over, and crawls on the fences and sidewalks as though they belonged to it. It does not seem to be afraid of any one or anything. It will march across the road in front of a motor car, or crawl up the leg of your boot. Sometimes when you brush it off with your ..text continues 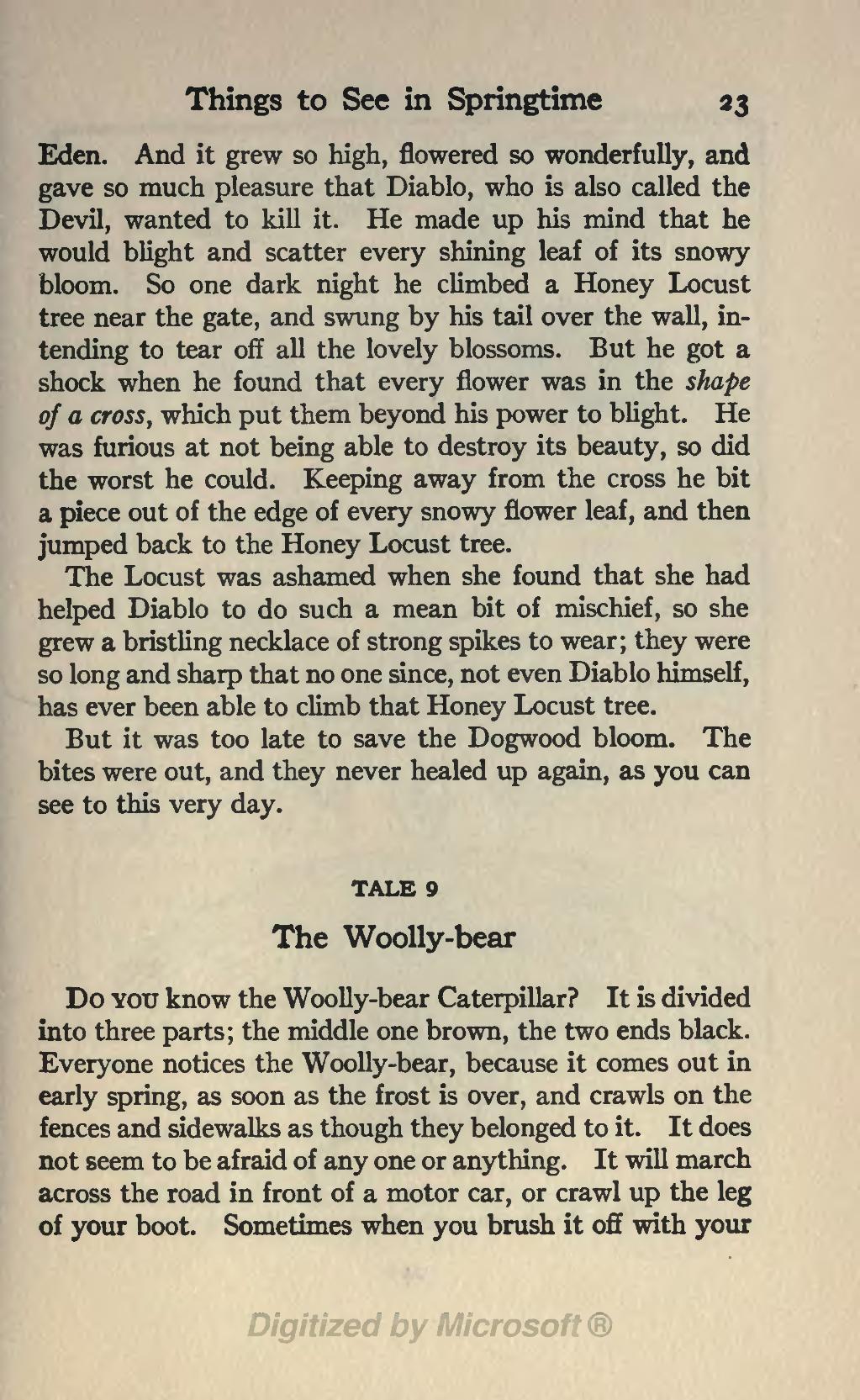