… easily kept for the museum, and you do no harm in taking them.

The Ox-eye Daisy or Marguerite

Do you know that “Daisy” means “day’s eye”, because the old country Daisy opens its eyes when day comes, and shuts them every night. But our Daisy is different and much bigger, so we have got into the way of calling it “Ox-eye”. Some of our young people call it “Love-me; love-me-not”, because they think it can tell if one is loved. They pull out the white rays of the flower one by one, saying, “He loves me; he loves me not; he loves me; he loves me not”. Then what they are saying as the last is pulled, settles the question. If the Daisy says “He loves me”, they take a second Daisy and ask the next question, “Will he marry me?” Then, pulling the rays as before, “This year, next year, some time, never”. And in this way they learn all that the Daisies know about these important matters.

We call it “our Daisy”, but it is not a true native of America. Its home is Europe. The settlers of New England, missing the flower of their homeland, brought it over and planted it in their gardens. It spread widely in the North; but it did not reach the South until the time of the Civil War, when it is said to have gone in with the hay for Sherman’s Army, to become a troublesome weed in the fields.

This scrap of history is recorded in a popular ballad.

There’s a story told in Georgia
’Tis in everybody’s mouth.
That ’twas old Tecumseh Sherman
Brought the Daisy to the South.
Ne’er that little blossom stranger
In our land was known to be,
Till he marched his blue-coat army
From Atlanta to the sea. 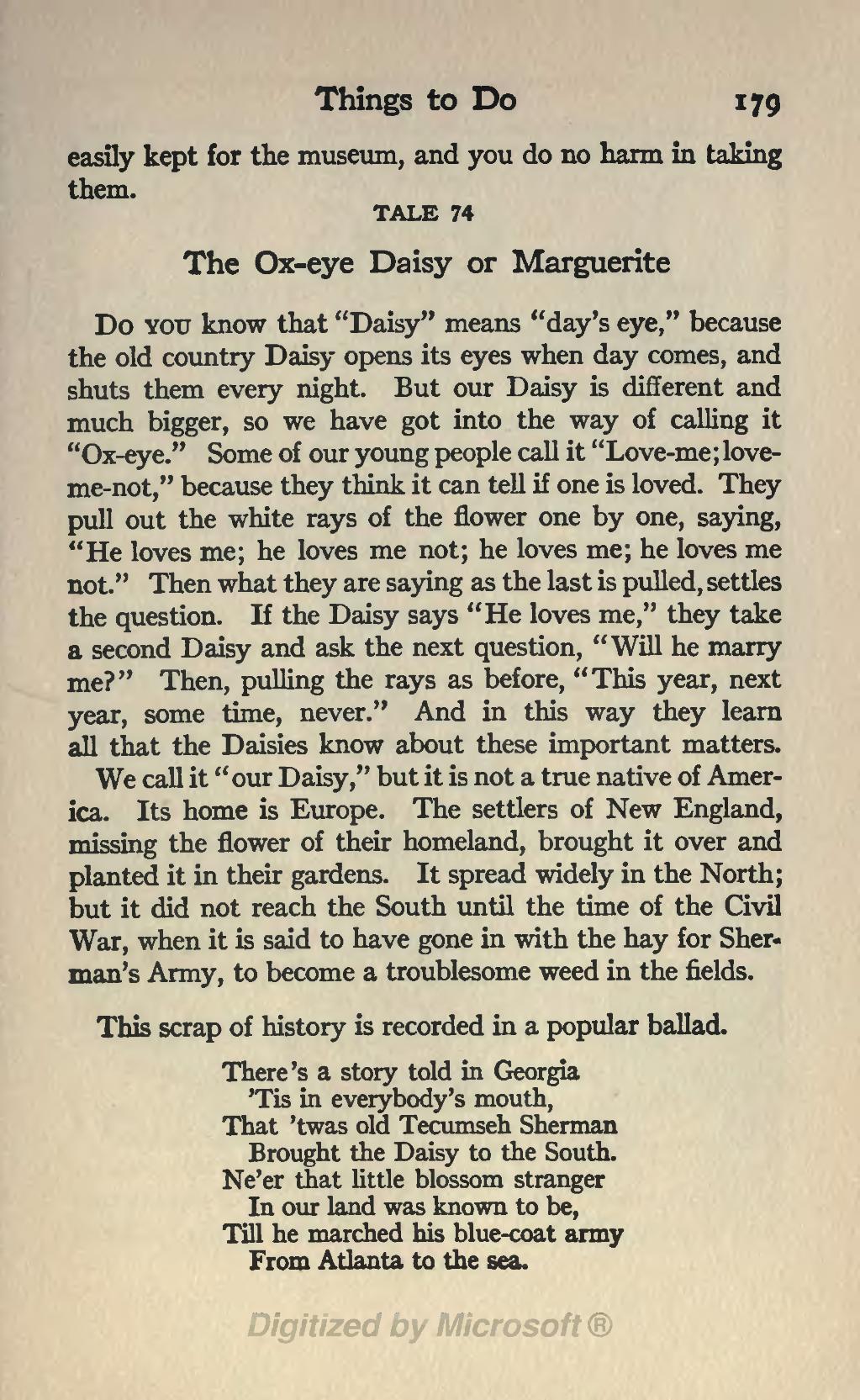