… find out. It was long after, that little Billie got the answer to his childish, but really important question. The Alligator may use his tail as a club, the Horse, his tail as a fly-flapper, the Porcupine his tail as a spiked war-club, the ’Possum his as a hooked hanger, the Fox his as a muffler, the Fish his as a paddle; but the Gray Squirrel’s tail is a parachute, a landeasy. I have seen a Gray Squirrel fall fifty feet to the ground, but his tail was in good condition; he spread it to the utmost and it landed him safely right side up.

I remember also a story of a Squirrel that lost his tail by an accident. It didn’t seem to matter much for a while. The stump healed up, and the Squirrel was pert as ever, but one day he missed his hold in jumping, and fell to the ground. Ordinarily, that would have been a small matter; but without his tail he was jarred so severely that a dog, who saw him fall, ran up and killed him before he could recover and climb a tree.

Why a Dog Wags His Tail

There is an old story that the Dog said to the Cat: “Cat, you are a fool; you growl when you are pleased and wag your tail when you are angry”. Which happens to be true; and makes us ask: Why does a Dog wag his tail to mean friendship?

The fact is, it is part of a wig-wag code, which is doubly interesting now that all our boys are learning wig-wagging with a white flag. We think that our army people invented this method; but Woodcraft men know better.

First, notice that any Dog that has any white on his body has at least a little white on the end of his tail. This ..text continues 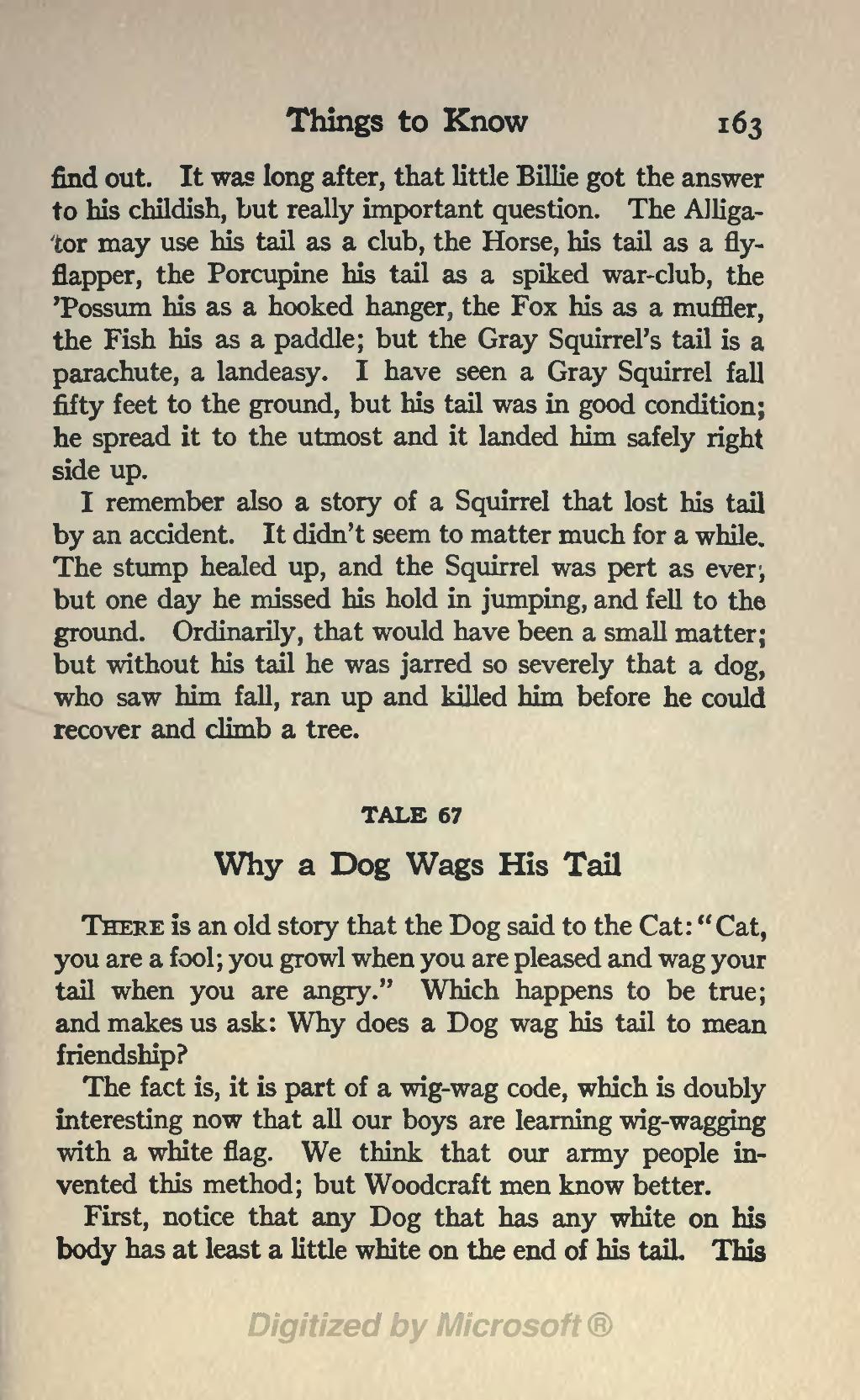