Things to See in Wintertime 14^ something to do that will win you great honour among all who imderstand. In the thick woods the moss on the trunk shows the north side; when the tree is alone and in the open, the north side is known by its few branches; but on the open prairie, there is no plant that stands up like a finger post to point the north for travellers, while the sun is hid." "This, then do, little slender Goldenrods; face the noon sun, and as you stand, throw back your heads proudly, for you are in service now. Throw back your heads till your golden plumes are pointing backward to the north — so shall you have an honourable calling and travellers will be glad that I have made you a fingerboard on the plains." So the slender Goldenrod and his brothers rejoiced and they stood up straight, facing the noon sun, and bent back- ward, throwing out their chests till their golden caps and plumes were pointed to the north. And many a traveller, on cloudy days and dark nights, has been cheered by the sight of the Compass Goldenrod, pointing to the north and helping him to get home. This does not mean that every one of them points to the north all the time. They do their best but there are always some a little wrong. Yet you can tell the direction at night or on dark days if you look at a bed of them that grew out in full sunlight. "Yon is the north," they keep on singing, all summer long, and even when winter comes to kill the plant, and end its bloom, the brave little stalk stands up there, in snow to its waist, bravely pointing out the north, to those who have learned its secret. And not only in winter storms, but I have even found them still on guard after the battle, when the snow melted in springtime. Once when I was a boy, I found a whole bank of them by a fence, when 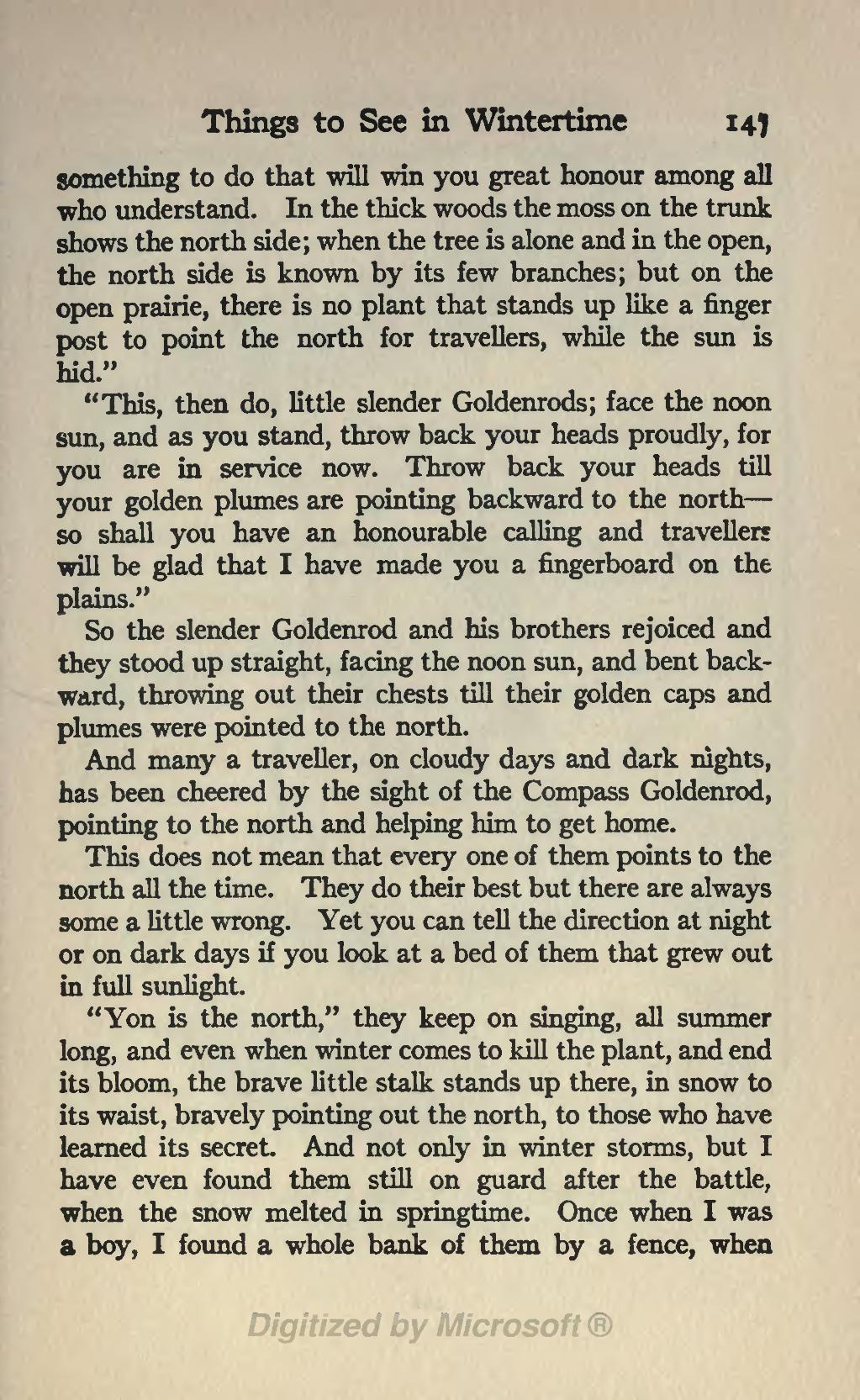