Things to See in Wintertime

The North Star, or the Home Star

If you are going to be a Woodcrafter, you must begin by knowing the North Star, because that is the star which will show you the way home, if you get lost in the woods at night. That is why the Indians call it the “Home Star”.

But first, I must tell you how it came to be, and the story begins a long, long time ago.

In those far-off days, we are told, there were two wonderful hunters, one named Orion, and the other named Bootes (Bo-o-tees). Orion hunted everything and I shall have to leave him for another story. Bootes was an ox-driver and only hunted bears to save his cattle. One day he went after a Mother Bear, that had one little cub.

He chased them up to the top of a mountain so high, that they leaped off into the sky, and just as they were going, Bootes shot his arrows after them. His very first arrow hit the Little Bear in the tail — they had long tails in those days — and pinned him to the sky. There he has hung ever since, swinging round and round, on the arrow in his tail, while his mother runs bawling around him, with Bootes and his dogs chasing her. He shot arrows into her tail, which was long and curved, into her body, and into her shoulder. Seven big arrows he shot, and there they are yet, ..text continues 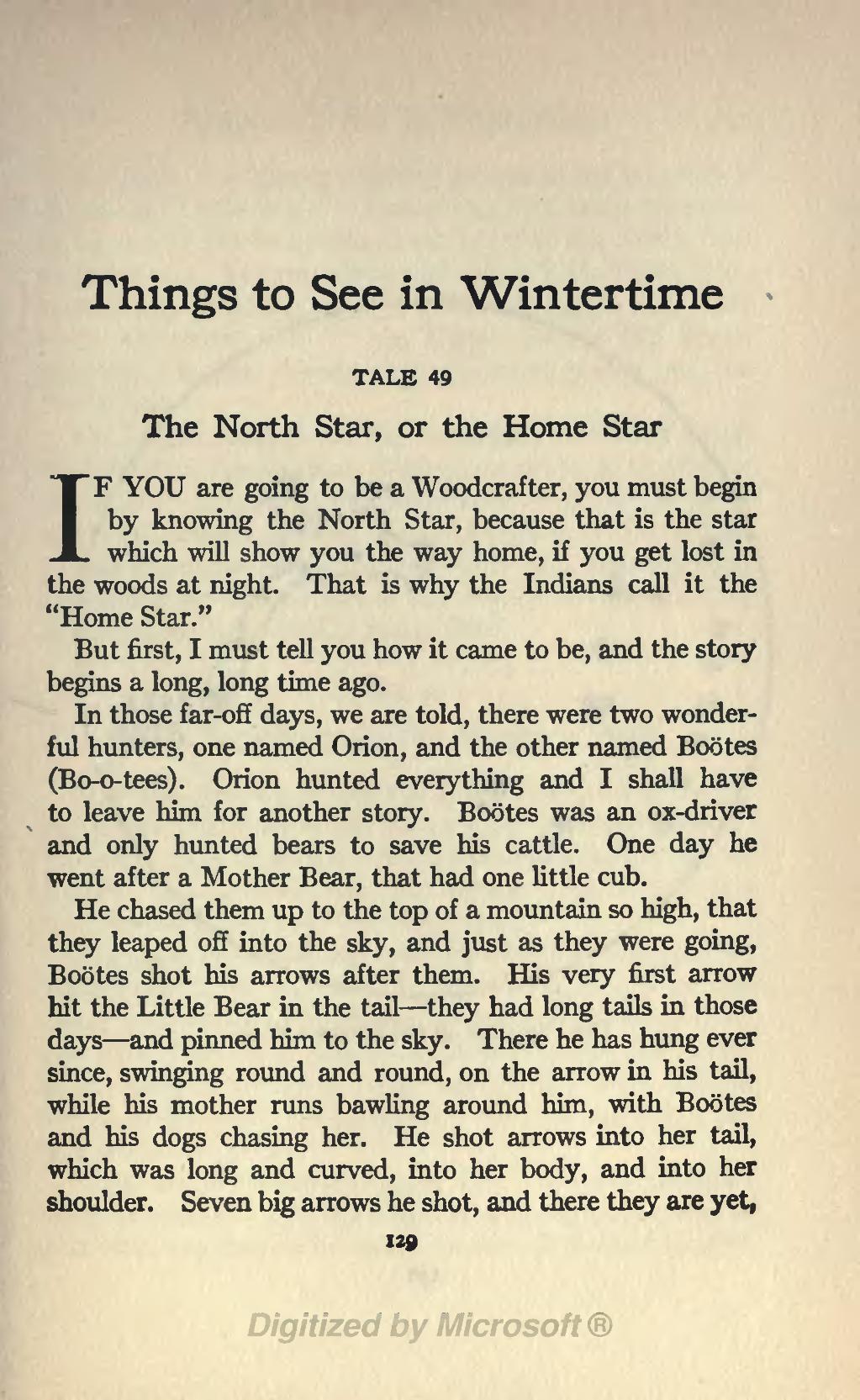