not fluff out. They seemed dried up; they were numbed and of stunted growth.

Shake as he would, the wings stayed small and twisted. And as he struggled, a Butcher-bird came by. His fierce eye was drawn by the fluttering purple thing. It had no power to escape. He tore its crumpled wings from its feathery form, and made of it a meal. But before dying it had time to say, "Oh, Mother Carey, now I know that your way was the best."

The Green Fairy with the Long Train

Some fairies are Brownies and some are Greenies, and of all that really and truly dance in the moonlight right here in America, Luna Greenie seems the most wonderful; and this is her history:

Once upon a time there was a seed pearl that dropped from the robe of a green fairy. It stuck on the leaf of a butternut tree till one warm day Mother Carey, who knows all the wild things and loves them all, touched it with her magic wand, called Hatch-awake, and out of the seed pearl came an extraordinarily ugly little dwarf, crawling about on many legs. He was just as greedy as he was ugly, and he ate leaf after leaf of the butternut tree, and grew so fat that he burst his skin. Then a new skin grew, and he kept on eating and bursting until he was quite big. But he had also become wise and gentle; he had learned many things, and was not quite so greedy now.

Mother Carey, the All-Mother, had been watching him, and knew that now he was ready for the next step up. She told him to make himself a hammock of rags and leaves, in the butternut tree. When he had crawled into it, she ..text continues 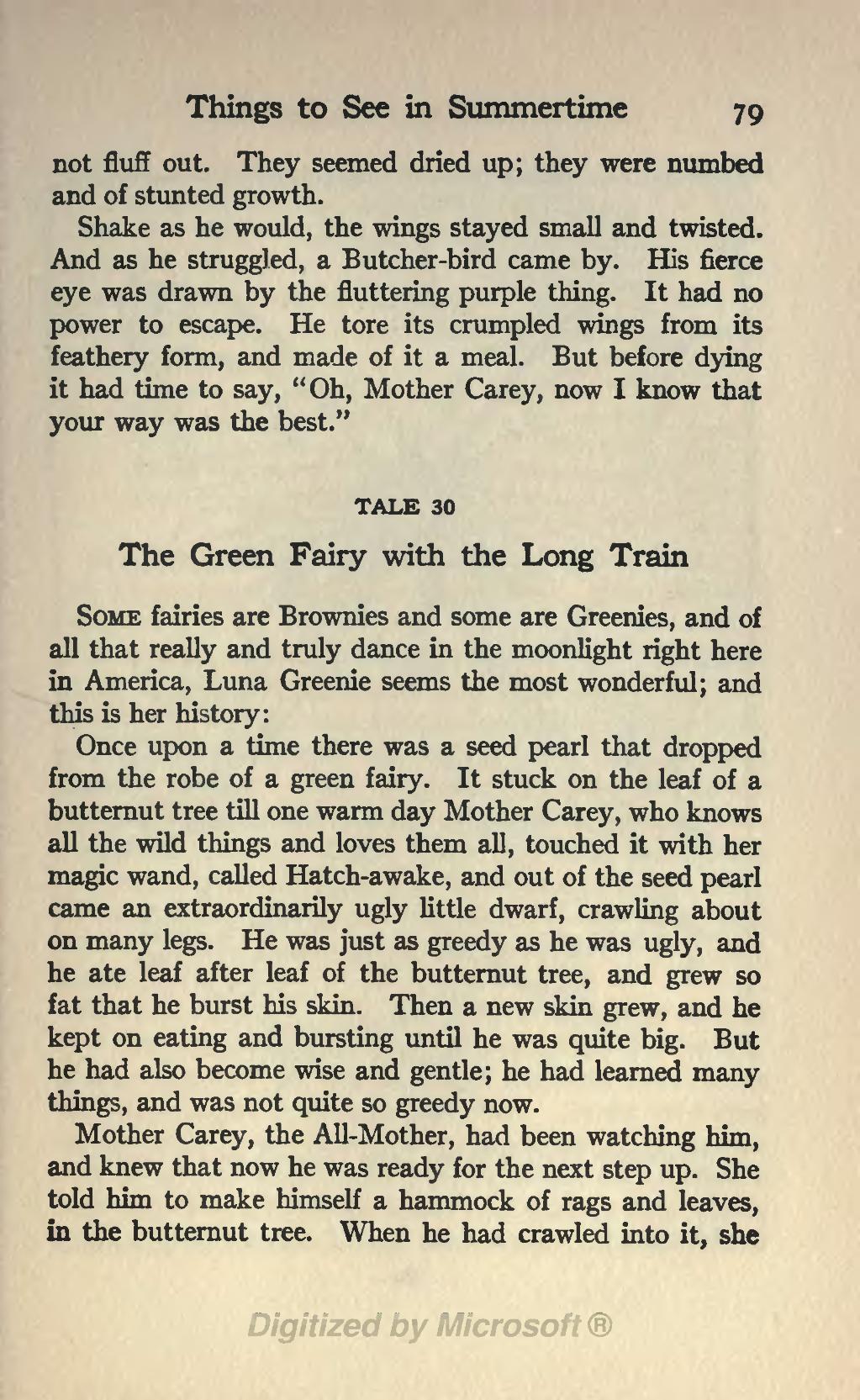