at the selfsame place. An Indian who was hunting with me thought otherwise, and persisted in circling off in another direction, so that we parted; but he was a fool, and when after two or three hours he came again to camp, bringing with him an ordinary buck, I could not but smile to see how completely he had been baffled.

It has never been decided even of what species he is; some testimony points one way and some in another. For my own part, I do not believe that he is a species at all, but a genus — genus Cervus; nothing more. One recent writer, however, claims that this was an elk, and was known for long in Pennsylvania as “The Lone Elk of the Sinnamahoning”, in which valley he was killed in 1867. But that, of course, is all nonsense. No, no! I know too much about him to believe any such tale. You cannot wreck ..text continues 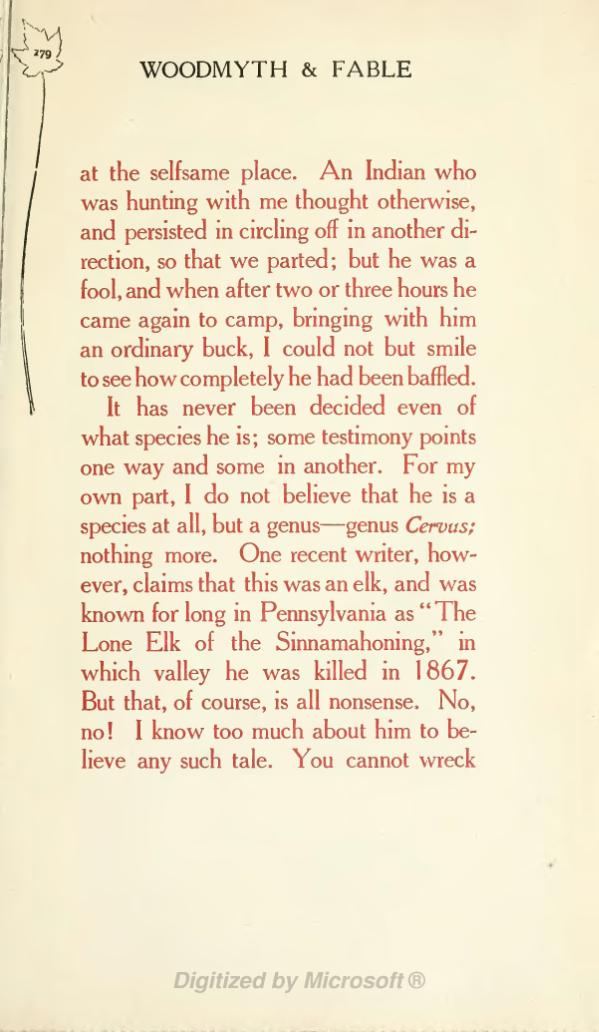