… coup. (Somersault: Stand erect, turn in air, and ﬁnish standing; nothing but the feet touch the ground.) I

Tread a barrel, for 100 yards, forward or backward, for coup. Tread forward 100 yards, then tread backward to starting point, for grand coup. (Treading barrel: Lay barrel on its side, stand on it and go through walking movement, moving the barrel in direction required without falling off.) I

Cut (and split if need be) sufﬁcient rails to enclose an adequate horse corral 60 feet across. Build the corral. Either for coup; both for grand coup. I

Chop down three six-inch trees in succession in 60 seconds each, throwing them to drive each a given stake, forcoup. In 45 seconds each, for grand coup. I

In accordance with forestry laws, fell a dead tree in the forest, of at least one foot diameter, and cut same into ﬁre wood of approved lengths, for coup. Six such trees, and cut up into ﬁre wood, for grand coup. I

All of the following dances must be presented on some public occasion; and all except the European folk dances, must be of not less than 2 minutes' duration:

Dance correctly 10 European folk dances, for coup. In addition, dance the Virginia Reel, and barn dance; also teach all of these to at least one other person, so it is correctly performed, for grand coup. I-IV

Act as a leader in 8 different dances, and teach a class ..text continues 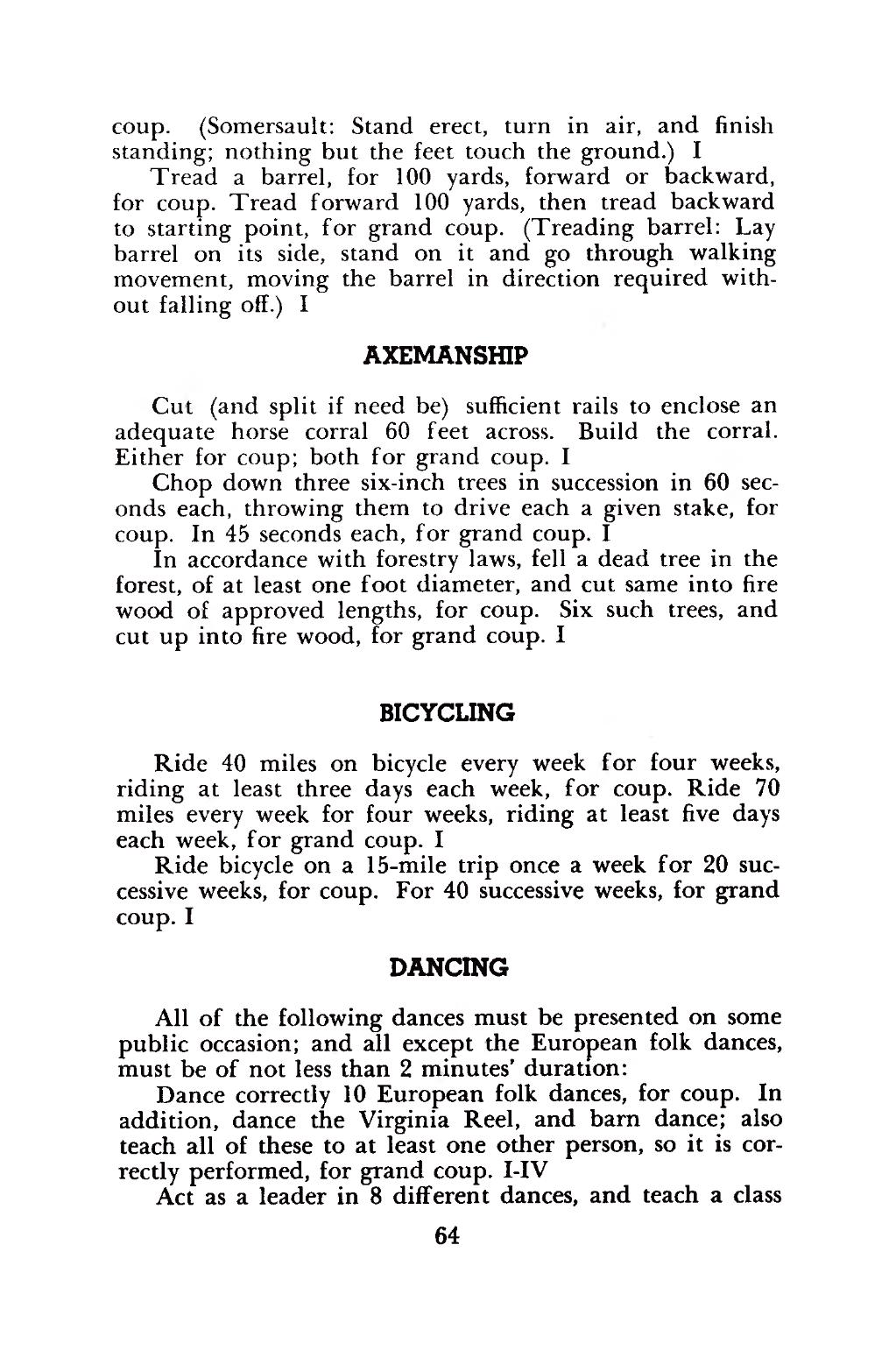