9. Lead in ﬁve children’s dances such as Sally Waters, chair dance, Mulberry Bush, A Hunting We Will Go.

10. Teach a class at least four dances representing four different departments as above.

12. Dance the dance of the Golden Sari, and a ﬁre dance.

Note: Music of folk dances and Indian dances can be had on Victor and Columbia records, Education Department list.

The Degree of Entertainer may be conferred on any one who takes thirteen of these tests:

1. Tell entertainingly a good story, of not less than ten minutes, to a group of young people ﬁve different times.

2. Tell standard Indian stories to a group of not less than ﬁve one hour a week for two months, or equivalent.

3. Recite well ﬁve poems, orations, or stories which are in keeping with the occasions and entertaining.

8. Ditto for ﬁve folk songs of any other nation.

9. Act as accompanist at least six times for some public event in school, church, etc.

10. Take part on three or more occasions as a member of ..text continues 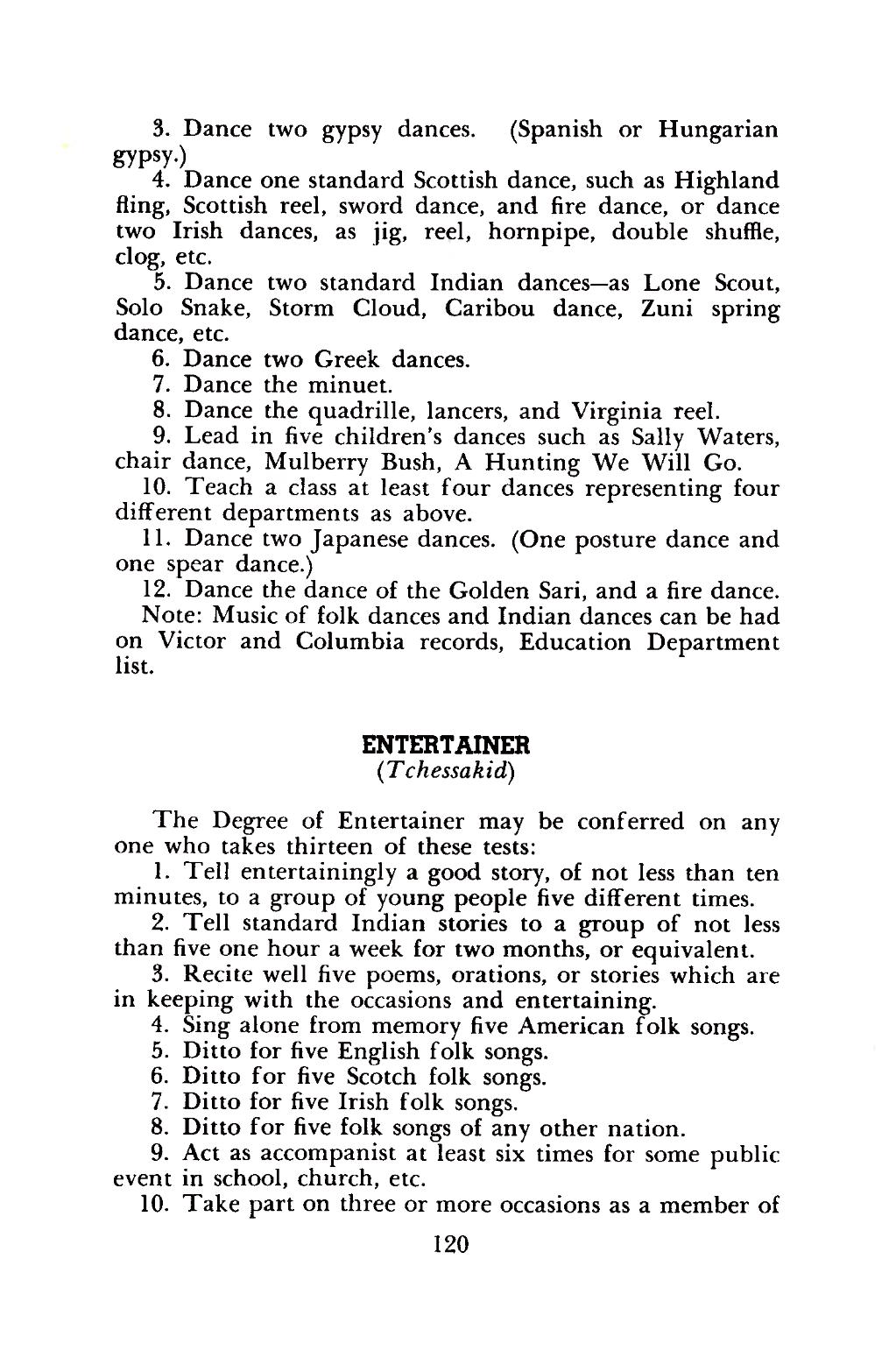