6. Name ten birds that work in the orchard destroying the bark lice and other such pests.

7. Keep a journal with daily notes on the nesting of a pair of birds from setting to ﬂedging.

9. Make and set up a successful lunch counter.

10. Make and set up a successful bird bath.

11. Tell what bird santuaries are, and why they are being established.

12. Write an essay of at least 500 words giving the life history of some native bird that you know well, telling when it arrives in the spring, how the male differs from the female, what its song is like, what are its haunts, where it nests, what its nest and eggs are like, when the young are raised and ﬂy, what they are like at ﬁrst plumage, how many broods are raised each season, what are its foods, its enemies, and its peculiarities.

The Degree of Bug Man may be conferred upon any one who accomplishes 14 of these tests.

1. What is an insect? Is a spider an insect? Give a reason for your answer. How about a centipede? Milliped? “Sow-bug”? In each case, why? What is meant by an “order”?

2. Tell how you would distinguish any eight of the following from each other and from other insects: Butterﬂy, moth, beetle, wasp, bee, ant, grasshopper, cricket, roach, dragon-fly, a true fly, a true bug; a spider.

3. Collect, preserve, mount and correctly identify at least ﬁve species in each of at least three orders of insects. Label each specimen as to locality and date of capture. Describe in a general way the sort of places in which each of these species lives.

5. Describe at least five different things insects make, telling what kind of insect made each, but not counting cocoons. (Examples: nests of paper, mud, leaves or silk;..text continues 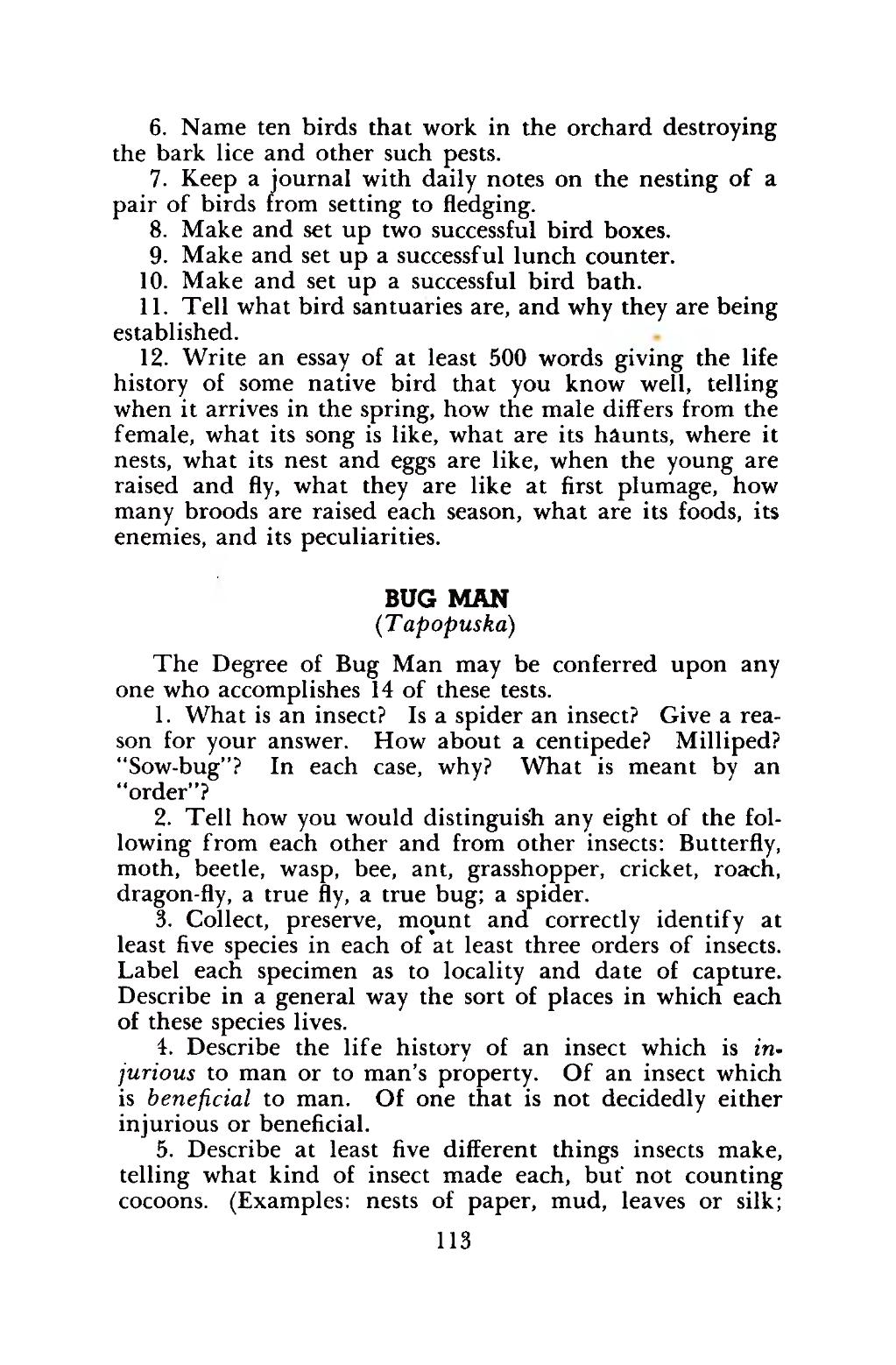