SONGS Last summer (1930) on the Chief’s ranch at Santa Fe, were camped four Tesuque Indians who were making dobies for the new Woodcraft Headquarters and National Camping ground. We spent many evenings in their tepee, learning new Indian songs and dances. One evening, as we entered, there on the floor in a corner, with his tombe, the leader of the group was beating out a rhythm and singing a melody we had not heard before. We listened silently for a time, not interrupting. After many repetitions of the strain, he finally stopped. Then we asked what the song was. “A new one,” he replied. “I just make it now.” ‘What is the name of the new song?” we inquired. “Seton Rancho,” he answered laconically—and he sang it again. “What do the words mean?” we asked; for we heard no real words other than “Seton Rancho” repeated at intervals. The rest were mere vocables. | The reply came promptly: “Seton Rancho is a good place.”’ This Indian youth was called Benito Swazo, according to the custom of giving Spanish names to the Indidns of the Southwest. But we know that every Indian has also his — Redman’s name. After cautious weeks, during which these boys began to appreciate our respectful attitude, we learned that his Indian name was “Tse-pe meaning, “Eagle Stick.” Note that the song is in perfect form. First, the Indian “has a song for every occasion of his life, large or small, happy, sad or commonplace. Every event, every act, every activity, every phase of his daily life, every thought, indeed, may evoke a song.” Second, there is a downward trend in the melody of most Indian songs. They start very frequently on a high note, and steadily descend to a low one. Next, the Indian does not need words to express his thought in a song. A suggestive word here and there 1s all 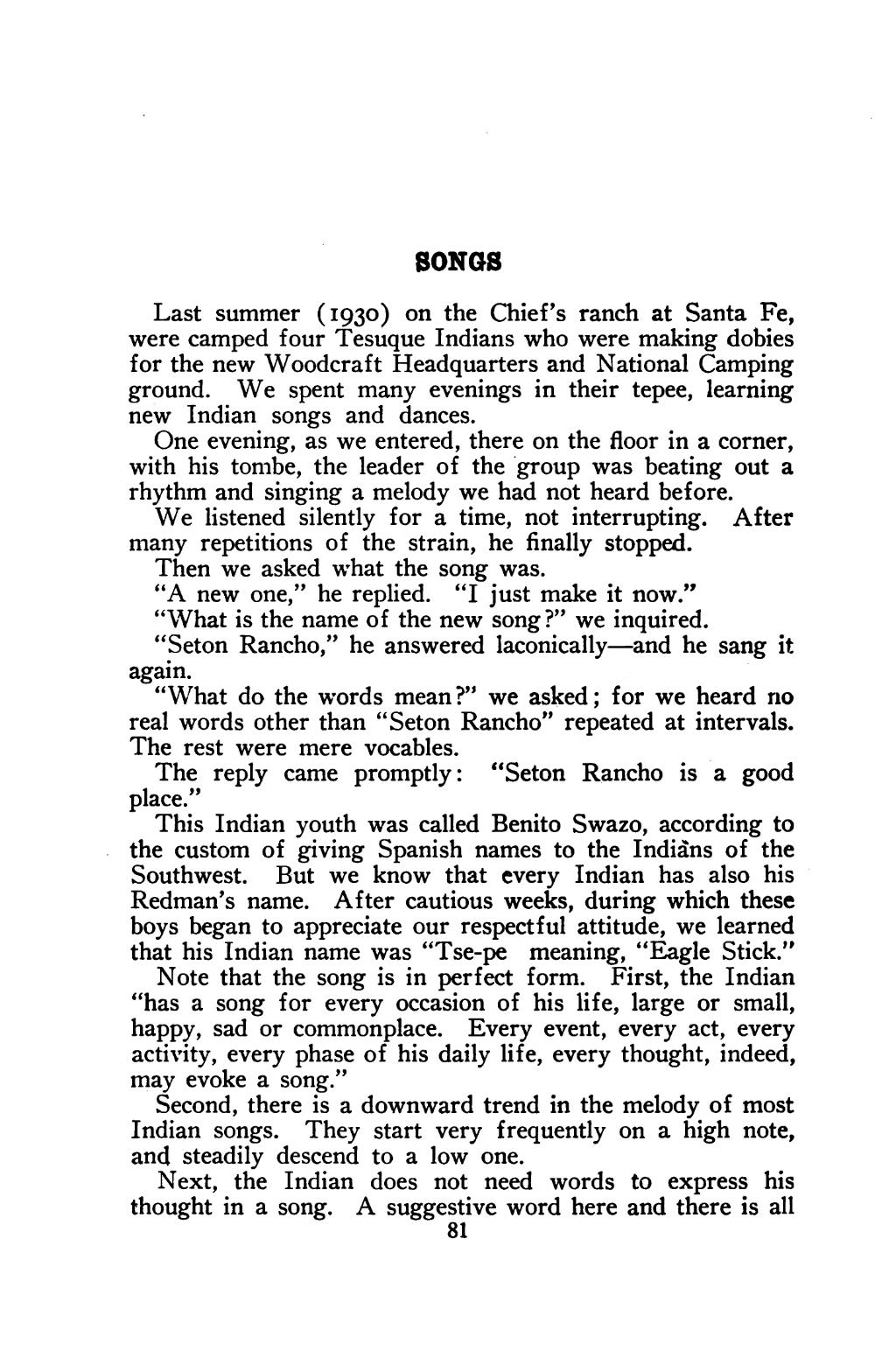