north,” jump on both feet, turning toward the north, or facing the direction the wind is blowing.

Should the leader call “Whirlwind,” the players spin about quickly three times.

The interest will depend upon the rapidity and variety of the leader’s directions. For members of the older groups, the half-way points as northeast, southwest, may be given.

Those who face in the wrong direction, are eliminated.

The two boys who want to catch the salmon, carry a piece of rope between them, each holding one end. The fish are on the other side of a chalk line, across which the catchers must not pass. Carrying their rope to this line, they try to throw it over any fish who comes too near; and, when they succeed, the captive must not do anything with his arms to get free, though he may jump and struggle if he likes.

Once across the line, he is on land, and must give himself up.

This is a very strenuous game, and affords opportunity for some very good exercise and sport.

A line is drawn across each end of the ground, beyond which the players stand in two equal parties, one at one end and one at the other. The players of one party clasp hands to form a fish net. The players in the other party are fish. At a given signal, both advance toward the center of the ground, which represents a stream, the object of the fish being to swim across to the opposite shore without being caught in the net. To do this, they will naturally dodge around the ends of the net.

The net should enclose or encircle any fish that it catches. The fish so caught may not try to break apart the clasped hands forming the net, but may escape only through the opening where the two ends come together. Should the net break at any point by an unclasping of hands, the fish are all allowed to escape, and the players go back to their respective goals, and begin all over again. Any fish caught in the net are thereafter out of the game until all are caught. After the net has made one catch, the sides exchange parts, those of the fish that are left forming the new net, and the ..text continues 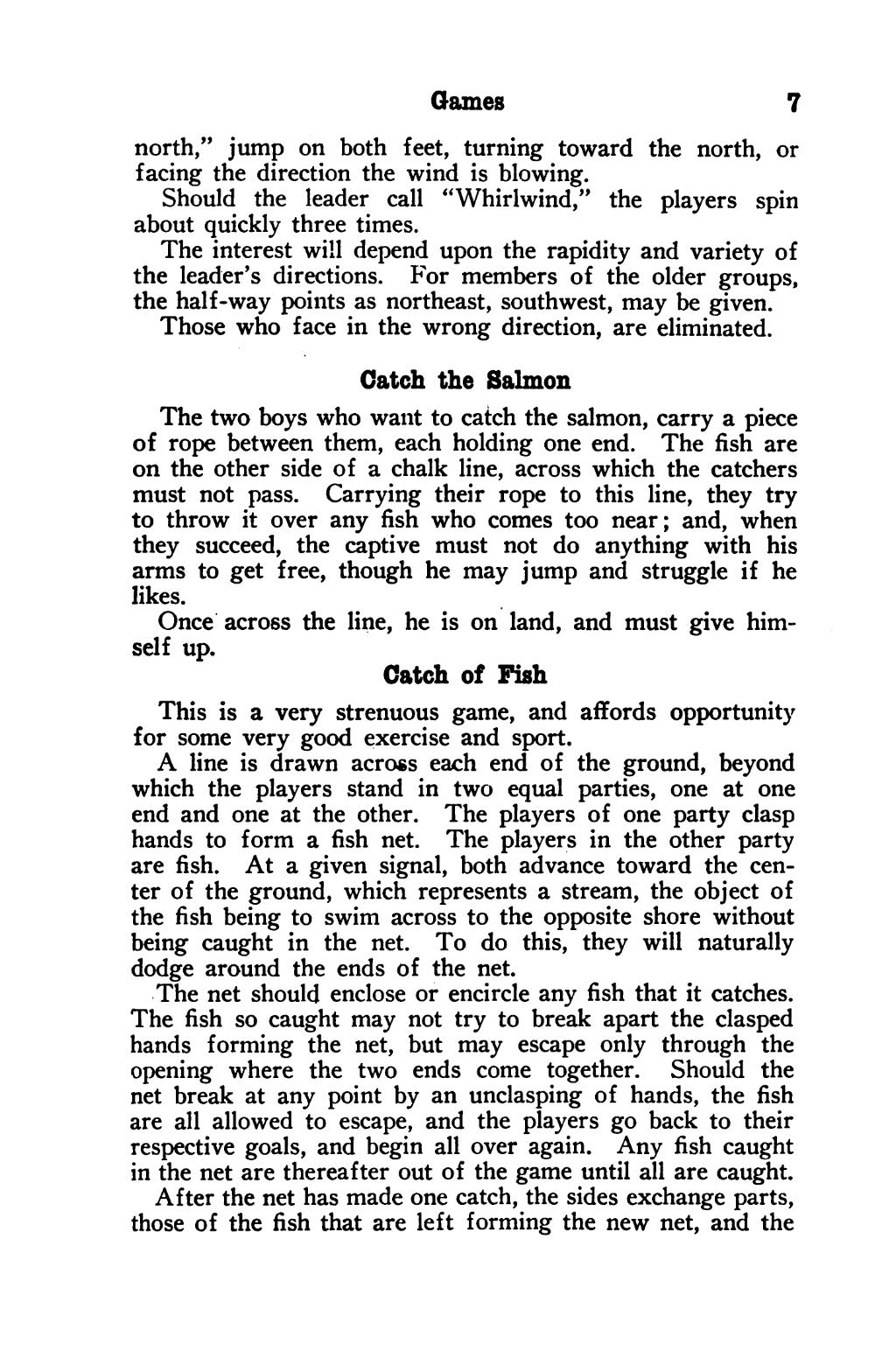