The trial should be approved by the Council and be given to the candidate when his name is proposed for membership — that is, posted on the Totem pole where it remains for seven suns. In camp a shorter time may be allowed at the discretion of the leaders.

After the new member has learned the Laws and taken the Initiation test, the first thing to claim his attention is that of qualifying for the rank of Pathfinder and later of Minisino, then the Achievements, each with its appropriate badge, which are described on page 345. In time he will have a Woodcraft suit, but this may come later.

The idea of growth is a big one in the Woodcraft program. The new member should grow from Wayseeker to Pathfinder and then to Minisino. Then he should advance so as to be able to make the Achievements and Degrees which are mentioned in Section IV of the Woodcraft Manual.

Such tribes as were chartered under the name Woodcraft Indians may retain the old name and forms if they so desire. 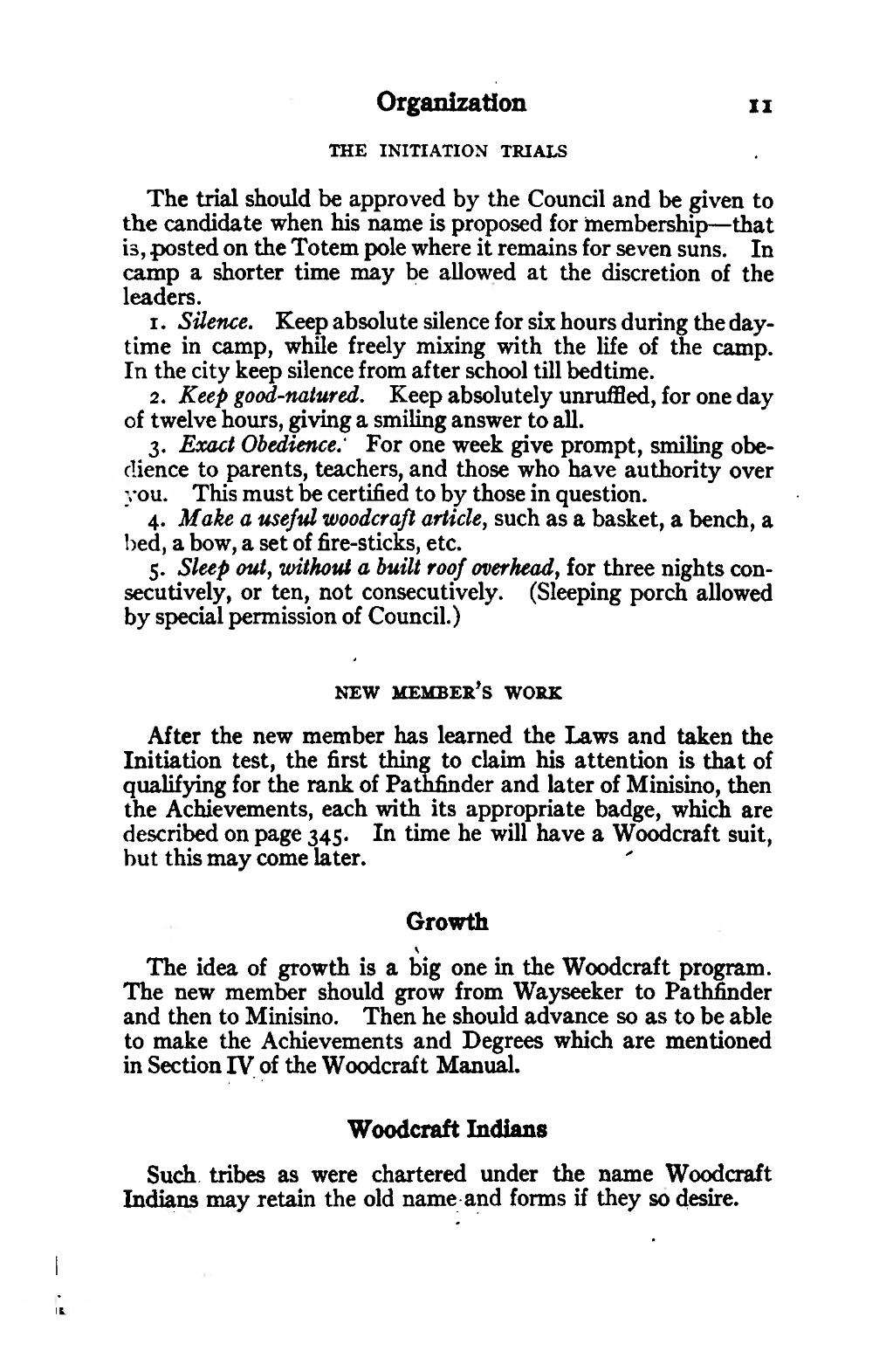