SECTION I – ORGANIZATION AND GENERAL INFORMATION

Their Message to Woodcraft Boys

In the beginning, Woodcraft was the only science known to man, because he lived in the woods, and there had to master the things of his everyday life.

Thus it gave him skill with his hands, speed with his feet, as well as knowledge of all wild nature. It taught him to swim and be brave as well as obey his leader and be true to his clan. The first time he failed in any of these things might easily mean death. Those who survived were the ones who had learned by heart all the big lessons of Woodcraft. It was not only so then, but it has always been so, and is so to-day.

All the great men who have made history were trained first in the school of Woodcraft. Nimrod, the mighty hunter, who built the city of Nineveh; Sardanapalus, the lion-killer, the Monarch of Assyria, who, by force of his own arms overcame two lions that attacked him at one time; Brennus, the Gaul, who could shoe his own horse and who was able to master all Rome; Rollo, the sea king, who could steer his own ship in the wildest water and landed in Normandy to establish order and lay down laws that are now accepted all over the world; William, the Conqueror of England, the hunter whose bow was the strongest among all the archers of his day; Charlemagne, the great hunter, careful farmer, world master; William of Orange, hunter, fisherman, sportsman, horseman, arbiter of the destinies of all the British Empire; Washington, hunter, woodsman, frontiersman, farmer, and army scout, able to run, wrestle, command or obey; Abraham Lincoln, hunter, pioneer, woodsman, axeman, farmer, deck-hand; Robert E. Lee, hunter, woodsman, horseman, planter, farmer; U. S. Grant, back-woodsman, frontiersman, farmerboy, soldier, big brother to five little ones. These ..text continues 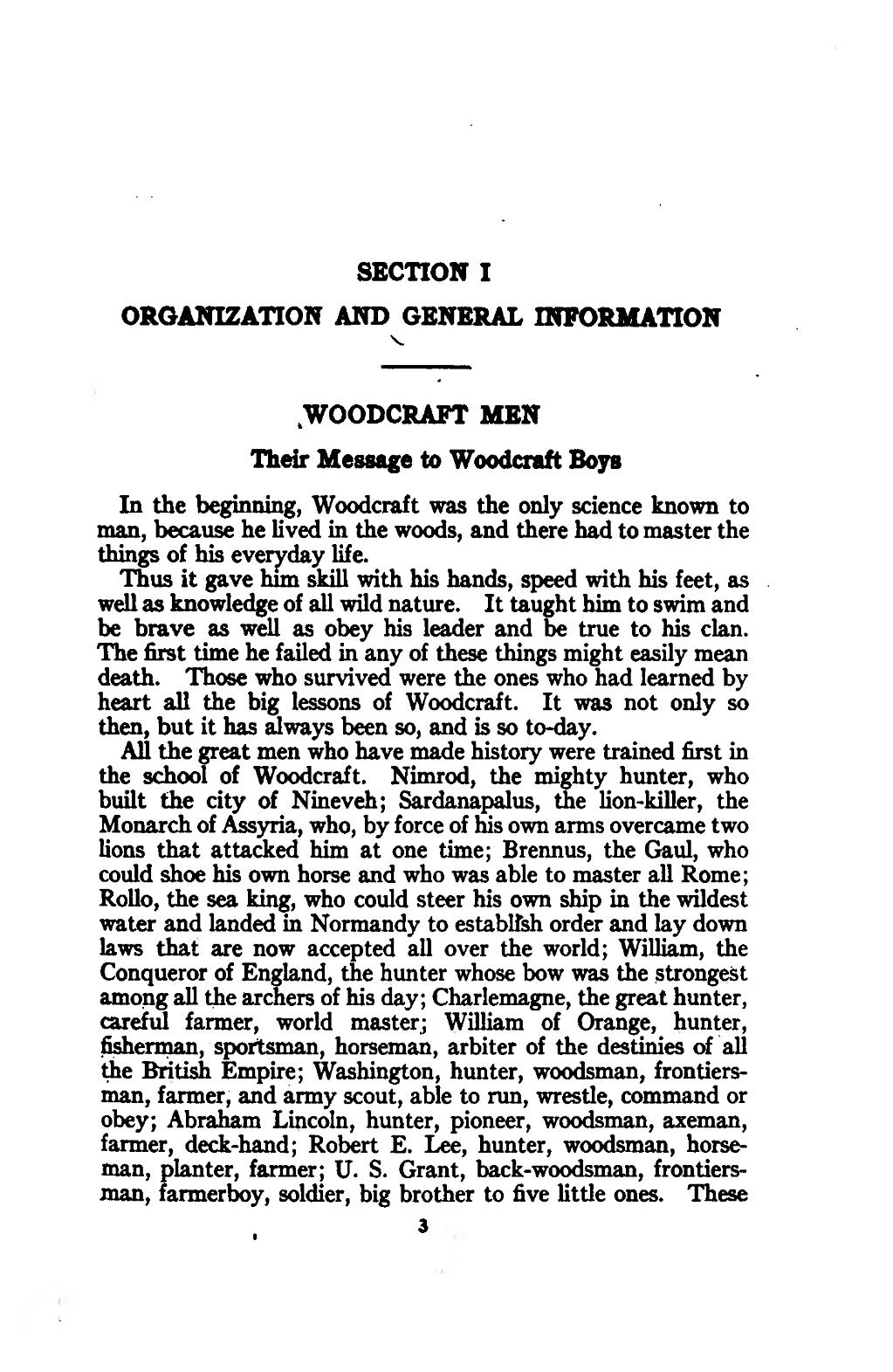